~*RELEASE BLITZ*~ A Killing at the Creek by Nancy Allen 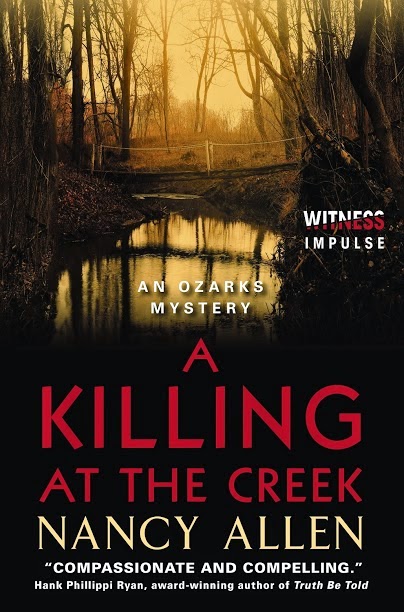 Another suspenseful legal thriller set in the Ozark hills starring prosecutor Elsie Arnold, who’s been waiting for a murder case to make her career--but when a body is found under a bridge and the only suspect is a 15-year-old boy,Elsie’s in for more than she bargained.The Monday morning meeting of the McCown County prosecutor’s office is interrupted by news of a discovery:the lifeless body of a woman, who was dumped under abridge, her throat cut from ear to ear.
The investigation reveals that the deceased was transporting a school bus,and when the vehicle, its interior covered in blood, is recovered in Oklahoma, the police arrest its sole occupant,Tanner Monroe, a fifteen year-old boy.When the head prosecutor assigns the case to Elsie Arnold and Chuck Harris, the new chief assistant, Elsie’s got herwork cut out for her. She’s been chomping at the bit to try amurder case, but win or lose, this case will haunt her. Noone has successfully prosecuted a juvenile for first degreemurder in McCown County.
If she loses, it’s her career on the line and a chilling murder unresolved; if she wins, a boy’s liberty will be taken from him before he reaches his sixteenth birthday. 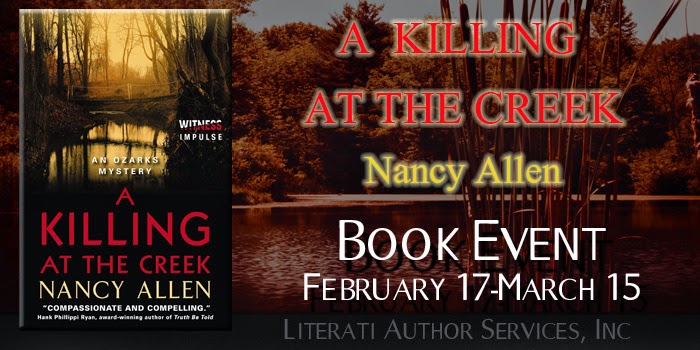 Buy A Killing at the Creek 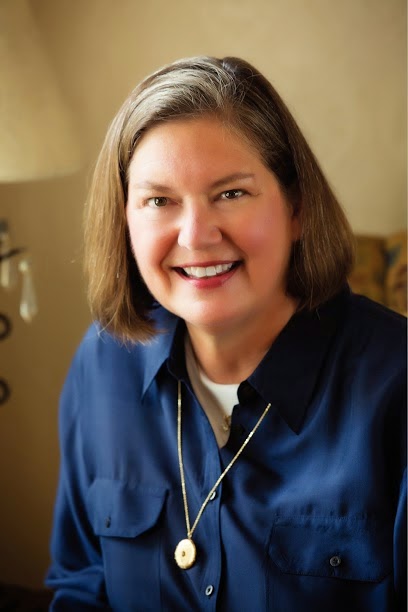 Nancy Allen is a member of the law faculty in the College of Business at Missouri State University. She practiced law for 15 years, serving as Assistant Missouri Attorney General and as Assistant Prosecutor in her native Ozarks. When
Nancy began her term as prosecutor, she was only the second woman in Southwest Missouri to serve in that
capacity. During her years in prosecution, she tried over 30 jury trials, including murder and sexual offenses, and she
served on the Rape Crisis Board and the child protection team of the Child Advocacy Council. She lives in Missouri
with her family.


Connect with the Nancy

5 individual promo codes for a free download of the book for an entire tour. Winner must have access to Bluefire Reader and have an Adobe account to receive free download.
Entry-Form
309;">
Posted by Book-Lover at 10:07