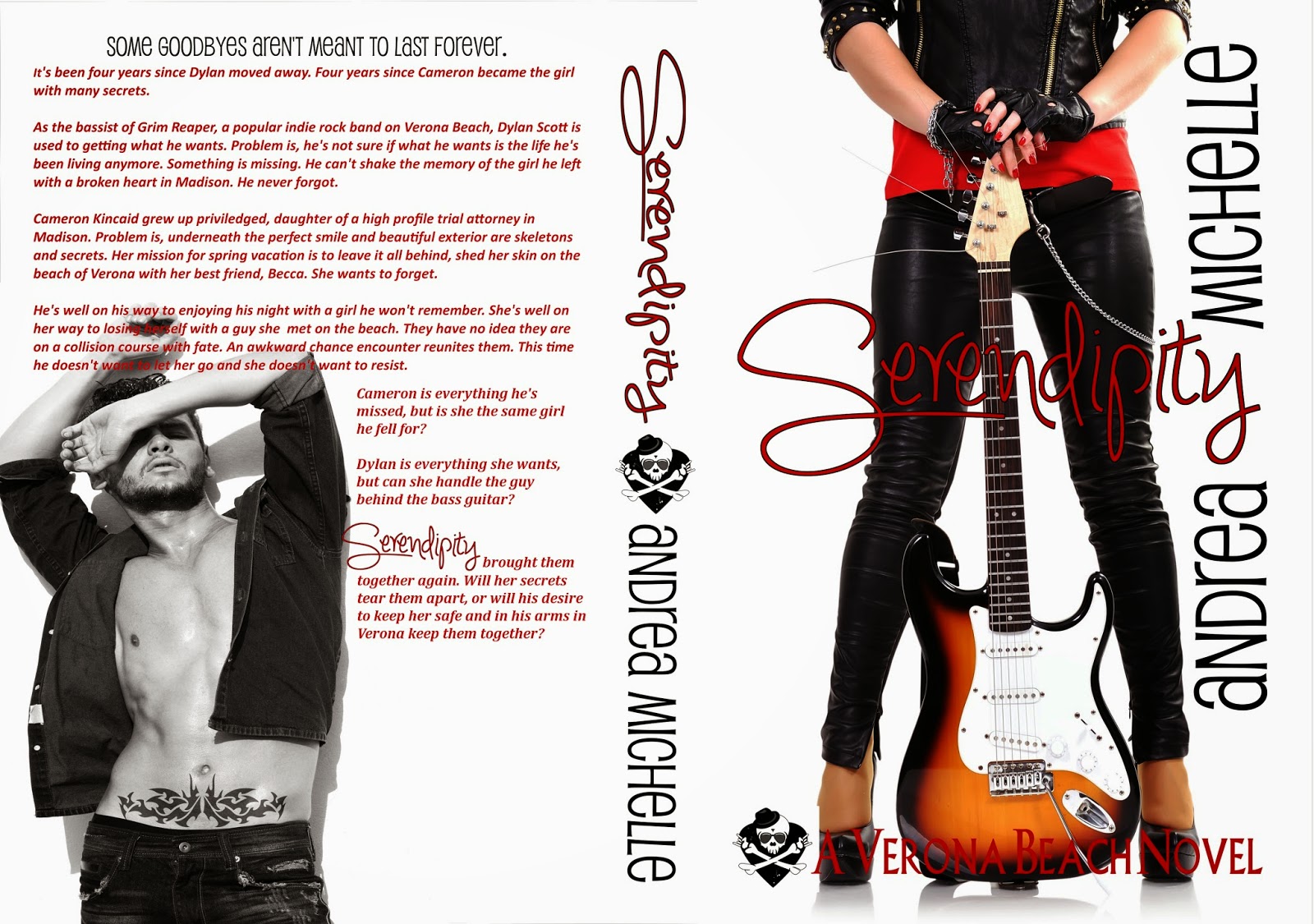 Blurb for Serendipity (A Verona Beach Novel) **This is a stand-alone novel.**
It's been four years since Dylan moved away. Four years since Cameron became the girl with many secrets.
As the bassist of Grim Reaper, a popular indie rock band on Verona Beach, Dylan Scott is used to getting what he wants. Problem is, he's not sure if what he wants is the life he's been living anymore. Something is missing. He can't shake the memory of the girl he left with a broken heart in Madison. He never forgot.
Cameron Kincaid grew up privileged, daughter of a high profile trial attorney in Madison. Problem is, underneath the perfect smile and beautiful exterior are skeletons and secrets.  Her mission for spring vacation is to leave it all behind, shed her skin on the beach of Verona with her best friend, Becca. She wants to forget.
He's well on his way to enjoying his night with a girl he won't remember. She's well on her way to losing herself with a guy she met on the beach. They have no idea they are on a collision course with fate. An awkward chance encounter reunites them. This time he doesn't want to let her go and she doesn't want to resist.
Cameron is everything he's missed, but is she the same girl he fell for?
Dylan is everything she wants, but can she handle the guy behind the bass guitar?
Serendipity brought them together again. Will her secrets tear them apart, or will his desire to keep her safe and in his arms in Verona keep them together?
Add it to your TBR shelf on Goodreads https://www.goodreads.com/book/show/24244182-serendipity

Disclaimer ***Recommended for ages 17+ due to adult situations, adult language, drinking and sex.***
Posted by Book-Lover at 10:24