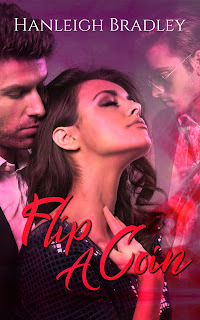 "IF FATE WAS A TWO-SIDED COIN, I CHOSE TAILS SO EMILY COULD WIN HEADS." 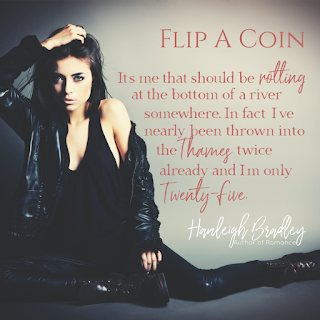 When Mob Boss, Olivia Dixon's twin sister Emily suddenly goes missing, Olivia is hellbent on not just rescuing her but destroying the people responsible, no matter who that ends up being.

A guilt-ridden Olivia is convinced that they've got the wrong sister. After all, Emily's life is pretty tame by comparison. Instead of working with knives and guns, she teaches five-year-old kids how to spell.

In a last ditch attempt to find her, Olivia takes her sister's place; at work, with friends and perhaps more importantly even in Emily's husband's bed. 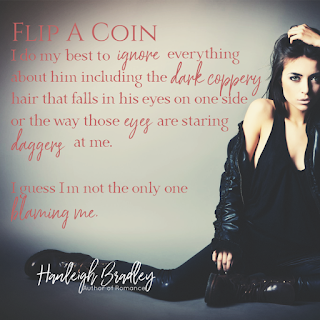 “Don’t think it,” Jack mutters from where he’s sat opposite me at the breakfast bar, drinking a cup of tea.
The house is quieter now, most of the guys having been sent off on various errands, mostly just so that I can have a second’s peace to right my thoughts.
I glance up at my Uncle, opening my mouth to tell him to mind his own business. I want to lose my temper with someone and he’s right here. I want to tell him that he has no fucking idea what I’m thinking.
The clear and precise logic that has gotten me through the last few hours is now gone and my temper is definitely frayed.
“You’re thinking that if she’s not pressed the panic button by now,” he begins.
“That’s not what I’m thinking at all,” I retort angrily.
“You’re also thinking that if we haven’t received a ransom yet…” He says it so matter-of-factly, far easier than I’d be able to.
“What do you mean?” Todd asks.
Glancing across the room to where he had until a moment ago been pacing back and forth, I grimace.
“Jack is just talking shit,” I say, lying as easily as I always do. “It means nothing. He’s reading into stuff without any fucking evidence.”
“Like you’re not doing the same bloody thing,” Jack says testily.
“Good job you’re my Uncle,” I say, holding his eye for longer than he’d like. As family, Uncle Jack has always gotten away with more than my other subordinates, but that doesn’t mean he can be disrespectful.
He bows his head slightly, his tone immediately changing. “Sorry, boss.”
It doesn’t matter how long I’ve had the job; I still hate that word. Like I’m some big, bad mob boss out for blood. I shake my head. The last thing I want is to argue with Jack. I like the fact he calls me on my shit. It’s not something I want to discourage. I just don’t want to deal with the real possibility that my sister might be dead.
I reach over the breakfast bar and pat his elbow, before pointedly looking at Todd, giving him the silent message that I don’t know how much we should be telling Emily’s husband.
His eyes soften with new understanding. He forgets that I have a soft heart sometimes. They all do. They’ve seen me kill people so I guess it’s understandable.
Sighing, I decide to bite the bullet. I take a breath before turning to Todd.
“Remember how I told you about the panic button?” I don’t know why I’m asking such an obvious question. He’s not stupid. Although in fairness I don’t actually know that. I know next to nothing about him, except that his name is Todd.
He nods his head, his impatience showing on his face.
“The fear is that if she hasn’t pressed it yet, that either she’s somewhere where the GPS won’t get a signal or they’ve taken it from her.”
“Okay,” he replies. “Those options don’t sound great but they’re not dreadful.
“The other option is that she’s already dead,” I say bluntly and his eyes all but pop out of their sockets.
“What?” he splutters.
Deliver good news leisurely and bad news hurriedly, that’s what my mum always said. She said it was akin to pulling off a plaster and giving a kiss. You don’t peel off a plaster teasingly any more than you’d ever rush a kiss.
“That’s the fear,” I say. “It doesn’t make it any more or less likely than it was two hours ago.”
His expression tells me he would have preferred I told him two hours ago.
“We should call the police.”
“They won’t be able to do anything that we’re not already doing,” I tell him. “In fact, there are things I can do that they can’t.”
“Like what?” he demands heatedly, slamming his fist on the breakfast bar.
“Illegal things. Hacking. Paying for information. Hitting people for information. Murder, if necessary.” I say it all as if I do those sort of things every day, which of course, I don’t. I mean I deal in illegal arms and I’ve occasionally gotten into the drug trade and okay, yes, I’ve killed a few people over the years, but I’m not… I’m not really sure how I’d like to finish that thought. I’m not a monster? A bad person?
I don’t like the look in his eyes. He’s judging me and usually, that wouldn’t bother me, but strangely I really don’t want my sister’s husband to hate me.
“Off point much?” Jack barks irritably. “More important than all that is the fact we’ve still not had a ransom.”
“So?” Todd asks, his eyes still on me.
I don’t want to tell him. I don’t want to say the words.
“It’s highly likely,” I grit my teeth, “that whoever took Emily mistook her for me.”
“And?” He’s glaring at me. If he hates me now, it will be twice as bad in a second.
“If that’s the case, they most likely won’t be after money,” I tell him. “It’ll be revenge.”
“You’re saying they’re going to kill her?”
“I’m saying that it’s highly probable that she may already be dead,” I say, my voice catching. Or being tortured to within an inch of her life, I finish in my head.
“However,” Jack chimes in, in what can only be described as false bravado, “the fact that we’ve not received a bragging photo of Emily’s corpse is very reassuring.”
“What the fuck?” Todd practically shouts at the same time I lung for my Uncle Jack.
I mean he’s right, but did he really have to say it like that.
“What the hell is wrong with you people?” Todd is now on a full-on rant and I don’t have the energy to try and calm him down. 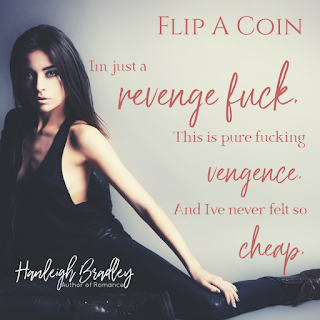 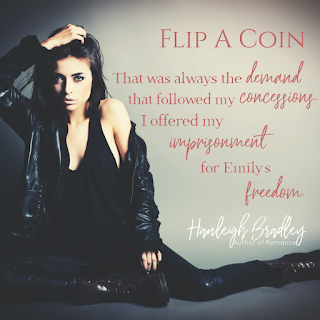