~*BLOG TOUR*~ Secrets of the Mist by Kate Ryder 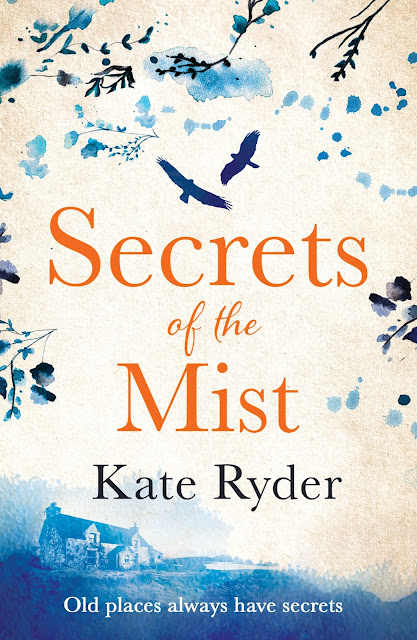 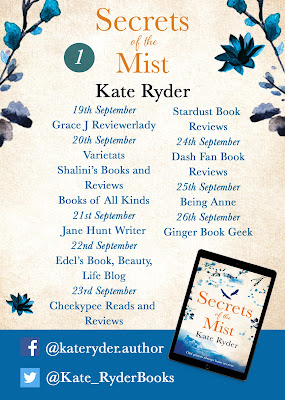 Blurb ↓
A gorgeous timeslip romance for fans of Kate Mosse, Diana Gabaldon and Barbara Erskine.
Maddie is restless in London. She has friends, a job and a sort-of boyfriend, but something in her life is missing. Then she visits the ancient village of Walditch, deep in the Dorset countryside. Something stirs in her, and on a whim she buys a centuries-old cottage and moves there three months later. Her friends think she's crazy, but for Maddie it feels like coming home.
Late at night in the cottage, Maddie hears strange noises and sees mist gathering indoors and out. When she starts investigating the cottage's history, she becomes drawn into the tragic story of a family who lived here 400 years ago. Meanwhile, Maddie starts to fall in love with a local carpenter – but he has a relationship already...
Can Maddie solve the riddle of the past? What is her connection with the family that lived there so many years ago? And can she and her true love ever be together?
Previously published as The Forgotten Promise. 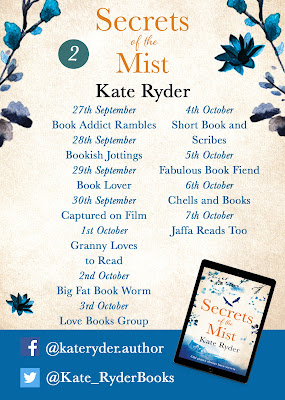 EXTRACT ↓
Cold, Mads?’ asked Dan, one of the camera crew and my occasional lover.
He was a kindly soul.
‘Not really. I’ve just got this feeling I’ve been here before. Kinda spooky, in a comforting sort of way, if you know what I mean,’ I finished lamely.
He drew me to him and gently squeezed my shoulder. ‘Have you ever been to this part of Dorset?’
‘No, I’ve never been to Dorset before. You know me, Dan. The bright lights, the next drink, the latest wine bar, the hippest party! I’m not a country girl, I don’t know what I’d do with myself all day, and yet…’ I swept my hand before me, acknowledging the village green and the cluster of cottages across the way ‘…this feels so familiar.’
Tim, the stunt co-ordinator, was listening to our conversation and now joined in.
‘Perhaps you lived here in a former life?’ he said, tongue-in-cheek.
‘Perhaps you were the blacksmith’s wife,’ contributed Emma, the newest of the make-up girls and on her first assignment. ‘And I bet you lived in that cottage over there.’
She pointed to the ‘For Sale’ board and the hairs on the back of my neck stood erect.
‘Mads, are you OK?’ Dan asked, peering at me intently. ‘You’ve gone really pale.’
‘I’m OK.’ I could see he wasn’t convinced. ‘Really I am, but I’ll just sit for a while.’
I joined the remainder of the crew sitting at one of the wooden picnic benches provided by the pub.
Emma, however, had warmed to the subject. ‘I bet you were born in this village and lived here all your life. You married the local blacksmith and brought up a batch of dark-haired children who were all very practical and good with their hands.’
A ripple of laughter reverberated around the table.
‘And I bet it’s called The Stables,’ she finished triumphantly, pointing to the cottage on the far side of the village green.
‘No,’ I contradicted quietly, ‘it’s called The Olde Smithy.’
Emma laughed. ‘Let’s see!’
She ran across the grass, stood at the cottage’s rusting gate that opened directly onto the village green and peered at the property. I watched her hesitate and slowly turn; her mouth agape. By now, the rest of the table listened with interest.
Emma ran back across the green. ‘Maddie, how did you know? You couldn’t have read the nameplate from here. It’s hidden by all that foliage around the front door. I could only just make it out from the gate!’
‘I don’t know,’ I muttered, ‘I just knew.’
Standing behind me, Dan placed his large hands on my shoulders. ‘I expect Mads is just putting two and two together and coming up trumps. You all know how creative she can be.’
There was murmured acknowledgement of my storytelling skills from around the table.
Dan squeezed my shoulders. ‘Come on, guys. Time’s marching on and I’m hungry. Let’s eat.’
So, we filed into the pub and were soon immersed in ordering food and enjoying the merriment of the evening, and the déjà vu feeling subsided. Once again, I was Madeleine O’Brien, assistant director at Hawkstone Media, down from London to film a period drama at an elegant country house not far from Dorset’s magnificent Jurassic coastline. But, as we left the pub much later that evening, I detected a whisper on the wind and as I climbed into Dan’s car I knew The Olde Smithy was to be mine.
Author Bio ↓

Kate Ryder writes romantic suspense with a true-to-life narrative. Her passion is writing (a period during which she studied acting only confirmed her preference for writing rather than performing!). Since then she has worked in the publishing, tour operating and property industries, and has travelled widely. She is a member of the Romantic Novelists' Association and the Society of Authors. Kate lives in Cornwall with her husband and a newly acquired rescue cat.
In 2017 Kate signed a 4-book publishing contract with Aria (digital imprint of award-winning independent publisher, Head of Zeus). Her first novel, 'Summer in a Cornish Cove', saw her nominated for the RNA's 2018 Joan Hessayon award. Under its original self-published title, 'The Forgotten Promise', ‘Secrets of the Mist’, was shortlisted for Choc Lit's "Search for a Star" and awarded a Chill with a Book "Book of the Month".
Author Links ↓
Facebook: @Kate Ryder
Twitter: @KateRyder_Books
FOLLOW ARIA ↓
Website: www.ariafiction.com
Twitter: @aria_fiction
Facebook: @ariafiction
Instagram: @ariafiction