~*BLOG TOUR*~ The Quiet Ones by Theresa Talbot 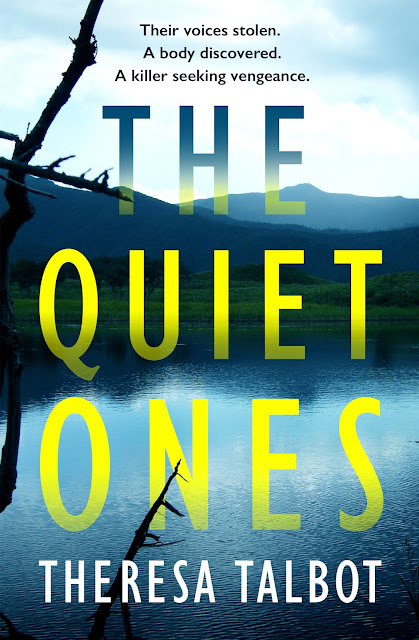 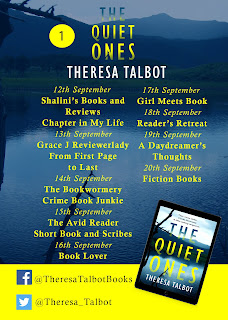 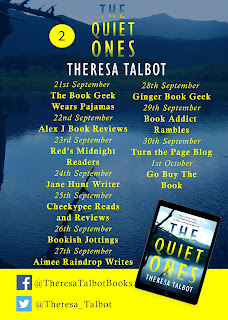 Blurb ↓
If only someone had listened...
When the supposed suicide of famous Scottish football coach Harry Nugent hits the headlines, the tabloids are filled with tributes to a charitable pillar of the community that gave so much back to sport and to those less fortunate.
But something isn't right. Normally celebrities are queuing up to claim to have had a very special relationship with the deceased, but investigative journalist Oonagh O'Neil is getting the distinct impression that people are trying to distance themselves from Harry.
Oonagh's investigation leads her to uncover a heartbreakingly haunting cover-up that chills her to the core... and places her in mortal danger from those willing to protect their sadistic and dark secrets at any cost...
Perfect for fans of Patricia Gibney, Angela Marsons and Cara Hunter
Author Bio ↓

Theresa Talbot is a freelance writer, journalist and radio presenter, perhaps best known as the voice of Traffic and Travel on BBC Radio Scotland and as the host of The Beechgrove Potting Shed. Prior to working with the BBC she was with Radio Clyde and the AA Roadwatch team. Theresa worked in various roles before entering the media as an assistant in children's homes, a Pepsi Challenge girl and a library assistant. She ended up at the BBC because of an eavesdropped conversation on a no.66 bus in Glasgow. Her passions include rescuing chickens, gardening, music and yoga.
Author Links ↓
Facebook: @TheresaTalbotBooks
Twitter: @Theresa_Talbot
instagram: @ttwrites
FOLLOW ARIA ↓
Website: www.ariafiction.com
Twitter: @aria_fiction
Facebook: @ariafiction