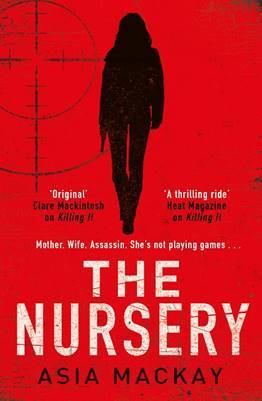 Add to #Goodreads TBR ↓
http://bit.ly/2knnJ1z
#BuyLinks ↓
Amazon US: https://amzn.to/2lDPmDL
Amazon UK: https://amzn.to/2koIrOz
Blurb ↓
Trying to balance life with a two-year-old and career as an international spy is proving one of Lex Tyler’s greatest challenges yet. Her toddler has a newfound love of biting, and her husband calls her in frustration when she’s forgotten to pick up the dry cleaning. In her international espionage role, Lex has been tasked with tracking down and eliminating the traitor in MI6, who has been selling information to a criminal underworld headhunting website that connects intelligence operatives with all manner of bad people. Deals get made. Secrets get sold. Missions fail, and agents die. Surviving both the terrible twos and this traitor might be too much for Lex to handle. 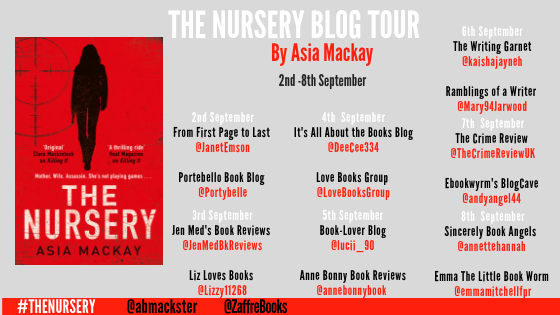 EXTRACT ↓
I took my seat at the table next to Jake. I noticed a splodge of porridge caked on the right thigh of my jeans. I scrubbed at it with a babywipe from my bag. Since having Gigi I’d never been more grateful for the Platform’s relaxed dress code. Once when Gigi had a bad chest infection and I’d been up with her throughout the night I turned up at the Platform halfasleep wearing tracksuit bottoms, a stained top and a mum bun – Jake had asked what was the undercover homeless mission I was going out on. I didn’t bother trying to explain to him there were many different definitions of mum chic. Hattie cleared his throat as he looked down at us all. If he stretched I was sure he could easily place both hands on the meeting room’s peeling ceiling.
‘We’re about to go on lockdown. There’s a Snake in our midst and agents and informants are dying thanks to this traitor. For the first time in Eight’s history The Committee have decreed that all active missions need to be shut down.’ The Committee ran the country. A group of unknown individuals who made the decisions. The Prime Minister and Parliament were a front to give the appearance of democratic control. But they were all just puppets acting out The Committee’s orders. ‘What you don’t know is that we will be the only unit still in operation.’ ‘Oh no, darlin’. Really? I just booked tickets to ComicCon.’ This was Pixie. Hattie pressed a couple of buttons on his laptop and what looked like a website homepage was projected onto the whiteboard. Against a black background was ‘The Tenebris Network’ written in large red font. Underneath was the tagline, ‘Discreet online recruitment services for all your personnel needs.’ ‘This is our newest threat. Because of them we have seven dead and counting. Whistle have been tasked with locating and eliminating the Snake working for Tenebris before they undertake further damage.’
Whistle was our unit name. Hattie had renamed us this upon his appointment as Unit Leader. He felt ‘clean as a whistle’ was a fitting nod to a unit which had been tarred by our previous Unit Leader’s traitorous actions. It was no surprise The Committee had chosen Whistle to find this latest Snake. After all they’d put us through The Committee could trust us to be clean. And we’d come up against a Snake before and won. Robin frowned as he read the whiteboard. ‘Online recruitment services? So Tenebris is a kind of LinkedIn? Although I don’t get how a networking website can get any of us 14 killed?’
‘I wouldn’t be so sure. Reading through CVs of people showing off about their management skills would bore me to bloody death.’
Jake leaned back in his plastic chair and took a large gulp of coffee. He had dark circles under his eyes and was wearing the same shirt as yesterday. What Jake got up to on nights where he didn’t get home could vary from acrobatics with one of the many willing doe-eyed, long-limbed twenty-somethings that flocked to his dark brooding looks, to dabbling in activities that could be violent, illegal, immoral or even all three. One time we’d been called in in the middle of the night for an urgent mission, I’d had to pick him up bloodied, bruised and missing a shirt from some disused railway tracks. Jake needed to push it, he needed to be on the edge. Even being a Rat wasn’t always enough. He’d go looking for the trouble he needed to get himself into and out of to feel alive. Today he looked exhausted, but there were no tell-tale specks of blood on shirt cuffs, no wincing as he leaned forward for another hit of caffeine. Maybe last night was just a particularly energetic young ingénue trying hard to convince him she was enough to give up the others. ‘Don’t be fooled by the bland recruitment talk. “Tenebris” is Latin for “dark” and this is without a doubt a dark force we’re dealing with,’ said Hattie. He nodded at Geraint. ‘Take us through it, G.’ Geraint tapped a couple of buttons and a screenshot of a website homepage was projected onto the whiteboard. ‘The Tenebris Network is a major new threat to the security of not only all our assets and informants but all security service agents both here in the UK and abroad. It’s an app that’s a cross between Tinder and LinkedIn. On one hand there are the profiles of Employees – whether they be civil servants, agents, analysts, intelligence officers – on the other there are the Employers – foreign intelligence services, crime syndicates, drug kingpins and all other array of bad people. Tenebris confidentially connects Employers to Employees with a simple right swipe.’ A PowerPoint presentation flicked through example pages of the Tenebris website and finished on their Terms of Business. We were all quiet as we took everything in. Geraint continued, ‘Let’s use our friend Black as an example. The international drug cartel he had infiltrated posted an ad on the Tenebris Network saying they wanted to know if there were any ongoing investigations into them. The Employees who replied to the ad would’ve included details on their position, security level clearance and their fee for finding out. The drug cartel would go through the Employee bids and swipe right on the one they wanted. Click. A match is made. The Employee supplies the info. The Employer gives them cash. All 15 done through Tenebris and completely untraceable. I’ve spent some time on it and both the app and website appear to be impenetrable. They must have exceptional people on staff.’ Geraint bowed his head. Admitting defeat was new for him.
Author Bio ↓

A half-Chinese, half-Scottish Londoner, Asia studied Anthropology at Durham University, after which she started a career in television. She presented and produced lifestyle programmes in Shanghai before moving back to London, where she worked for Ewan McGregor and Charley Boorman as Project Manager on their round the world motorbike documentaries. She wrote her debut novel Killing It on maternity leave and undertook a Faber Academy course to help her finish it. She has since been shortlisted for the Comedy Women in Print Prize. The Nursey is the second book in the Killing It series. Asia lives in London with her husband, four young children and two dogs.