~*BLOG TOUR*~ Magic Under the Mistletoe by Lucy Coleman 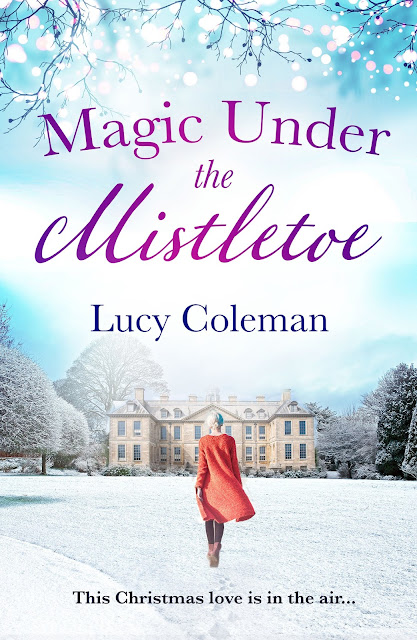 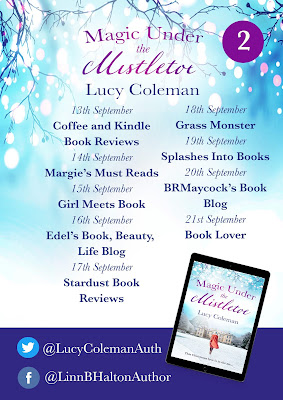 Blurb ↓
Christmas and romance are in the air...
It's December 23rd and while everyone else is rushing home for the holidays, workaholic Leesa Oliver is dreading switching on her out-of-office for the festive season. And it seems her equally driven boss, Cary Anderson, isn't relishing spending Christmas at his family's country estate either.
So together, they draft an unexpected Christmas contract: They'll spend half of the holidays with each other's families, pretending to be a couple. Leesa knows the insufferably good-looking Cary will make her Christmas more bearable, but what happens after the last of the mince pies have been eaten...?
Leesa signed off on a sensible business agreement, but somewhere, amongst the fairy lights and carols something seems to have changed... It seems there might just be some magic under the mistletoe this Christmas! 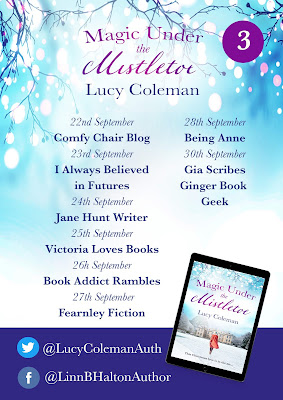 EXTRACT ↓
A message alert signals yet another communication from Cary.
I now have updated information with regard to some of the energy comparison figures you are using. Full spec uploaded to Google Docs for action.
I stifle a groan. Being under contract to him doesn’t make me his slave.
Taking a deep breath, I try not to take this personally. I’ve witnessed up close how tirelessly Cary works; the man is like a well-oiled machine. I get the impression he would never ask anyone to do something he wouldn’t consider doing himself because basically he seems fair, but his work ethic is a tad intimidating. He never stops, and – I’m loath to admit – his focus is admirable, if relentless.
Success comes at a cost and I know that myself. But he is a total control freak and I imagine that the employees who report directly to him have proven themselves time and time again. Understanding the way he likes to work and getting onboard with that is probably the only way to survive. I wonder what his marketing director thought when Cary insisted on starring in, and overseeing, the filming of the video himself. This is clearly his sole focus at the moment, so I guess a lot is riding on it.
There you go – figuring out his excuse for acting like a total pain in the ass helps, doesn’t it? I ask myself. Ding. Another message alert flashes up.
When Jeff zoomed in on the conference banner did you realise the sign for the public toilets off to the left-hand side is on the screen for a couple of seconds? I’m sure there must be the same shot taken from another angle. Can you sort it, please?
Aarrgghh! Is he going to spend the entire flight lying back and replaying the footage over and over again?
I jumped at the offer to fly to Sydney to make what has turned out to be more of a documentary than a promotional video. It was a first for us and Jeff was raring to go. But the reality is that I’ve probably underpriced the job, given the amount of time we’ve been away. Cary has acknowledged the parameters of the project have grown, but whether he’ll like the increased bill at the end of it, who knows?
My back is really aching and I squirm around in my seat as much as I dare, given the constant jostling either side of me. To my left the increasingly hassled father has hauled his unruly, screeching child onto his lap. Now I’m having to dodge sharp elbows and kicking feet. To my right, the woman who has taken command of the armrest is spilling out over her seat, as are the items she’s sorting from her enormous carry-on.
Snapping my laptop shut, I lean forward to stow it in the seat pocket in front of me for safety. Why me? I ask myself. I don’t do kids; I simply don’t have the patience, or that well of maternal instinct most other women I know seem to have.
Without warning, a flying fist sends my head rocking. The struggling dad next to me hastily bundles the little nightmare across the aisle and into the lap of his equally stressed wife. He turns to me, looking distinctly hot, bothered and embarrassed.
‘I’m so sorry about that. Hayden is a little overtired; you know what kids are like at this time of the year. There isn’t much room in these seats, is there?’
I nod briefly to acknowledge his apology but the excuse is a lame one. There are lots of children of varying ages on this flight and I don’t see any other passengers being used as a punch bag.
‘No, there isn’t. Maybe he’ll fall asleep soon,’ I reply, a hint of optimism in my voice.
The guy looks me firmly in the eye, shaking his head. ‘I doubt it,’ he admits, sucking in a deep breath. ‘I fear it’s going to be a long flight.’
Author Bio ↓ 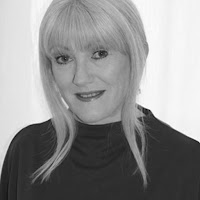 Lucy lives in the Forest of Dean in the UK with her lovely husband and Bengal cat, Ziggy. Her novels have been short-listed in the UK's Festival of Romance and the eFestival of Words Book Awards. Lucy won the 2013 UK Festival of Romance: Innovation in Romantic Fiction award.
Author Links ↓
Twitter: @LucyColemanAuth
Facebook: @LinnBHaltonAuthor
FOLLOW ARIA ↓
Website: www.ariafiction.com
Twitter: @aria_fiction
Facebook: @ariafiction