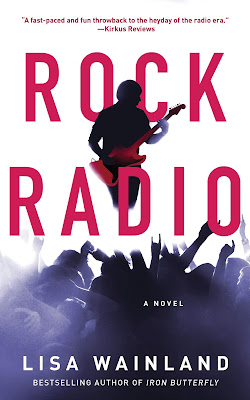 Passion, intrigue, scandal—this rock station with a dangerously sexy bite has it all!

After a painful breakup, lone WORR female disc jockey Dana fights to pull herself together while wondering if she’ll ever find true love. When she meets Cody, the hot lead singer of an up-and-coming band, the passion between them is electric. But Cody’s long-buried secrets could get in the way of them finding a lasting rhythm.
Drive-time deejay Jonny Rock had never been serious with any of his conquests, until now. Nineteen-year-old intern Heather is insatiable in and out of bed...and he can’t get enough. It’s a perfect set up until their relationship threatens to end his career—and his marriage.
Three lives collide in an explosive story of desire, betrayal, and music.
But they are not alone.
Dana is being watched, stalked by a listener who plans to make her his…by whatever means necessary.

“A fast-paced and fun throwback to the heyday of the radio era.”—Kirkus Reviews


“It had me hanging on until the very last page.”—Readers Favorite

Before iPods and mp3s, satellite and internet radio...before corporate America changed the rules, radio was the ultimate music medium, and disc jockeys ruled the music world. This is their story.
1998 (cue the music)
Dana Drew felt like her world was closing in. She could feel a cry rise in her throat as she tried to compose herself. Loud rock music blasted from the speakers. She loved rock, but hated this song. Of course it would be playing now, she thought. Everything she knew and believed was turning out to be a lie. The man she loved was pulling away from her. Sam hadn’t said it, but she could feel it—the relationship she’d invested her heart in was coming to an end. The chaste kisses, the dismissive way he spoke to her, the late nights at the office. She confronted him before she left for work today (not her best timing), but he denied anything was going on. In many ways, the torture of uncertainty was worse than knowing it was over. A small sliver of hope gnawed at her logic. Could she be reading it wrong? Maybe it was all in her mind. The pit in her stomach argued otherwise. The digital clock on the board in front of her continued to countdown. 01:00, 00:59, 00:58… Time didn’t care about her pain, it just plowed forward into what now was the unknown. Plans, dreams, hopes were disappearing. Could she ever trust her judgement again? Would she ever love again? Tears stung her eyes, but she held them back, taking a deep breath. The song was quickly ending and she needed to regain her composure. Disc jockeys didn’t have time for feelings when they were on the air. The final notes played. Dana potted up the fader, put on her headphones and coaxed a smile into her voice. “Good afternoon…what a fabulous day! Great weather and awesome music. Who could ask for anything more? Love that song! Hope you do too ‘cause I’ve got more just like it coming up on Miami’s rock station, WORR!” Her life was falling apart, but to her listening audience, all was right with the world. It wasn’t normal. It was rock and roll.
(turn it up)
Jonny Rock just got laid. Tall and tan, with bright, spiky, bleached-blond hair, Jonny was a rock star—in his own mind. Jonathan Roeker had been a poor student from Philadelphia. Bad grades and an even worse complexion were not a recipe for success. But he had drive, raw ambition and an intense love of music. Besides, radio deejays didn’t need a pretty face, just a good set of pipes and a lot of attitude. Jonathan was blessed with both. An overnight shift, a skillful dermatologist, and Jonathan was on his way. Jonny Rock was born and Jonathan Roeker was left far behind in a middle-class suburb. Now Jonny was the man, the assistant program director of WORR—Only Rock and Roll, Miami’s alternative rock station. It wasn’t an easy road, but he had made it. And he was loving every minute of it. Jonny stretched his arms over his head and flipped on the radio. It was two in the afternoon and he was on the air. The miracle of voice-tracking, he thought to himself. He could record his breaks the night before into an automated computer, giving himself free time in the afternoon for some extra-curricular activities. All while his wife listened to him “live” on the air. He couldn’t ask for a better set-up… 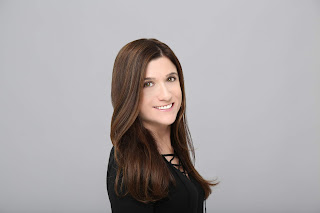 Bestselling author Lisa Wainland has spent more than two decades in the world of radio. When she’s not writing, Lisa is a successful voiceover artist who works with some of the biggest names in radio and television. Rock Radio is an Amazon bestseller and Readers’ Favorite Award winner. 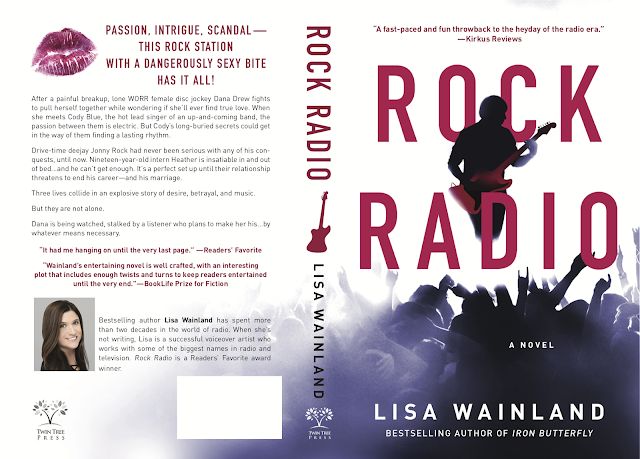