As the new alpha of his gargoyle clan, Lachlan takes on a leadership role at the historic peace talks between the wolf shifters and tree witches. Cooperation is crucial to their survival. The magical veil over the Isle of Stone is weakening. But unity is hard to achieve when tensions are running high. So is Lachlan's concentration when a sexy wolf shifter rushes to the talks. Her wild beauty is mesmerizing.

Raina has her hands full with pack problems, from pack mates succumbing to blood lust to animosity toward her species. The source of her problems is clear-the gargoyles. If they hadn't lured the humans to the island with their unconventional rock concerts, she wouldn't have to deal with the fallout. She wants nothing to do with them, especially their alpha. His not-so-surreptitious glances are hard to miss. Nope. Not the kind of attention she needs. She’s heard rumors of the rebellious, attention-seeking rockers--and of their endless string of females.

But when humans come to investigate the wolf attacks, Lachlan and Raina must work together to coerce them off the island. And time spent together sparks a forbidden attraction. If unexpected love were their only problem, they'd be able to deal with it. It's not. Time is running out, for them and their island. 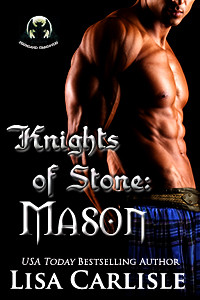 Gargoyles, tree witches, and wolf shifters have divided the Isle of Stone after a great battle twenty-five years ago. When Kayla, a tree witch, hears about the unconventional rock concerts in the gargoyle’s territory, she sneaks from her coven and into their territory to see for herself. Night after night, she returns to see one in particular shift into human form and play guitar at these unconventional shows.

For several nights, Mason has kept watch for the pixie-like female. He plans to seduce her, thinking she’s a visitor from another island. When he discovers she’s one of the tree witches, he retreats, attempting to keep his distance. The temptation is strong, but forbidden.

Kayla and Mason attempt to meet in secret, but other elements on the isle command their attention. A magical cloak created by the three clans on the island is thinning, leading to repercussions for all the clans. Kayla and Mason are caught in the middle of it, and their actions may change the fate for all.

This novella was originally releases as part of the Highland Shifters paranormal romance boxed set.
18+ due to adult content 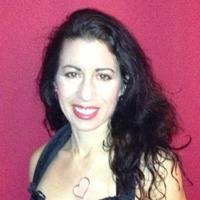 USA Today bestselling author Lisa Carlisle loves stories with dark, brooding heroes and independent heroines. She’s honored to be a multi-published author writing in different genres since she’s wanted to be a writer since the sixth grade. For much of her professional career, she’s written non-fiction — but she’s discovered writing romance is the most fun. Her romances have been named Top Picks at Night Owl Reviews and All Romance Ebooks.
When she was younger, she worked in a variety of jobs, moving to various countries. She was deployed to Okinawa, Japan, while in the military; backpacked alone through Europe; and lived in Paris before returning to the U.S. She owned a bookstore for a few years, as she loves to read. She’s now married to a fantastic man, and they have two kids, two kittens, and too many fish.