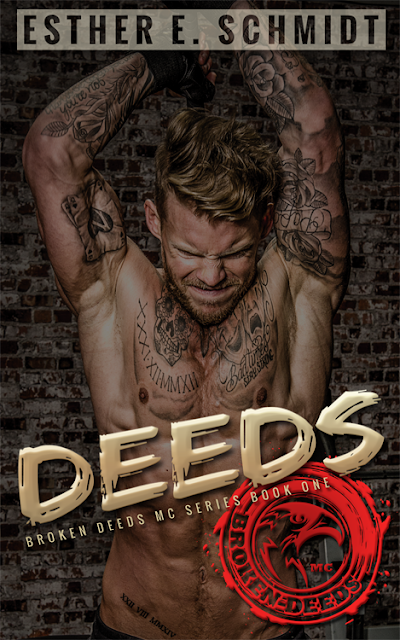 Deeds has just spent the last few weeks jonesing after a woman he only knows as Hotlips. Apparently pissing off a female can be rather entertaining from the safety of a text and their witty banter has left the President of Broken Deeds MC wishing for more.


The annoying, yet funny, communication comes to an end when they meet face to face. Lynn is the sister of Zack, current President of Areion Fury MC. Brought up the daughter of an MC President, Lynn is hell bent on not being a biker’s bitch.


When an enemy of Broken Deeds MC comes to play, Deeds is willing to give his last breath protecting what he claims is his. Deeds, a former MMA fighter, will need to revive his old fighter skills to protect his woman. Will it be enough to bring their enemy down or will he not only lose his only love but also his life? 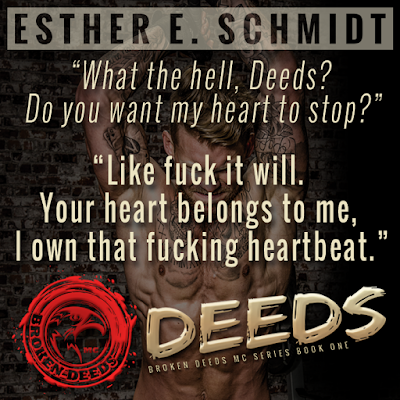 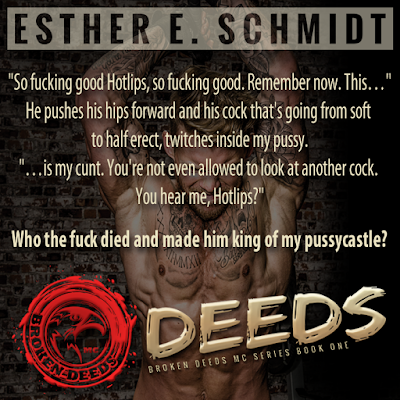 (ADD REVIEW IF YOU HAVE IT IF NOT PLEASE DELETE) 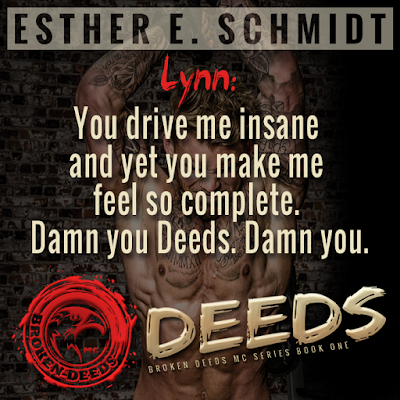 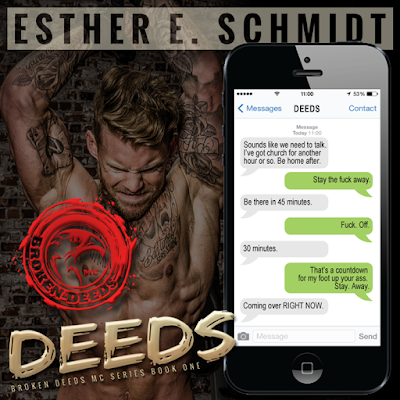 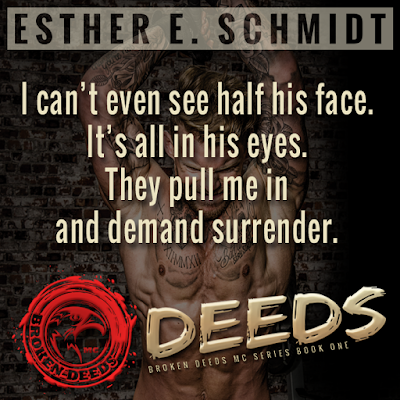 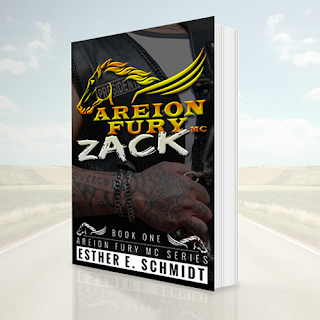 Zack’s spent his whole life loving just one woman—Belle—only to have her walk out of his life and go half way across the world. But three years later, her unexpected return is stirring up feelings that never died, and Zack’s ready to do whatever it takes to get her back.

Belle has never gotten over Zack, but she has secrets—secrets she knows could hurt those closest to her, Zack included. When an old enemy returns and wants what he thinks is already his for the taking, she knows it’s only a matter of time before someone gets hurt.

With so much more than just their love on the line, will Zack and Belle manage to come together as one and pull through or will their past and their enemies tear them apart? 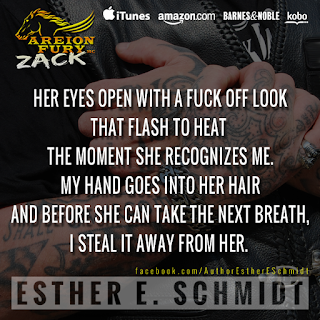 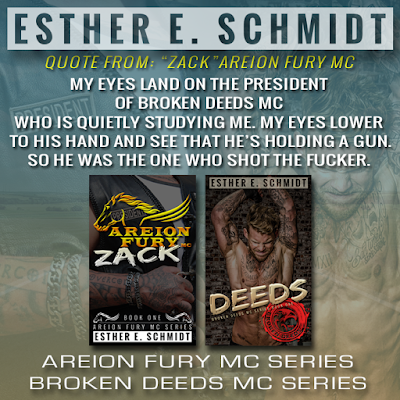 Esther E. Schmidt author of Areion Fury MC and Broken Deeds MC ebook series. She's a graphic designer that also loves to write. She released the first series in October 2015 (Areion Fury MC). The second in this series will be released in 2016. Her latest project is Broken Deeds MC, this whole new series is a spin-off from Areion Fury MC. Book one "Deeds" will be published january 29th, 2016.