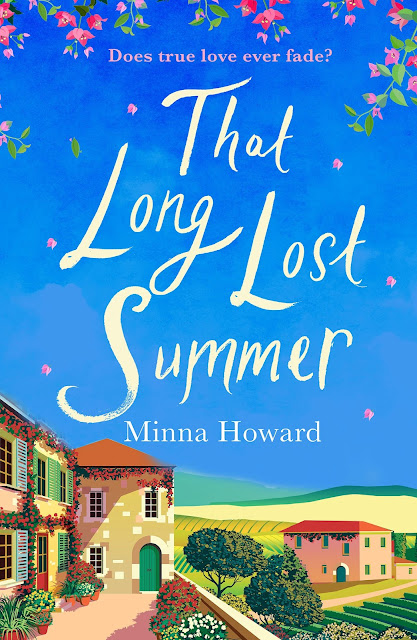 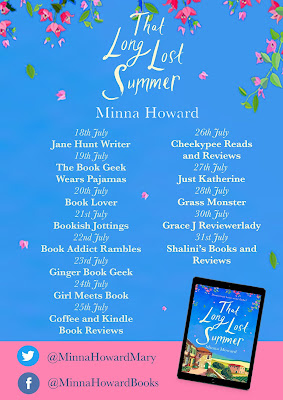 Blurb ↓
A gorgeous and bittersweet romance set in the South of France, about an old passion rekindled and the choice between family loyalty and a great love.
Flora and Hugo are devoted to their children, but when their girls leave home for university, their lives seem empty. Hugo is cold and distant, leaving Flora unsure what their future holds. When they are invited to a friend's villa in the South of France, Flora hopes the summer sun and gorgeous setting may bring them closer together. In a crumbling, picturesque villa in the luscious French countryside, they are introduced to Susie, Matt and their friends. Flora is surprised to meet Xavier, her old flame, who she fell in love with one long lost summer when she was eighteen. They parted suddenly all those years ago, leaving Flora wondering, what if...
Handsome, passionate, sensitive, Xavier is so different from her reliable, predictable Hugo. Both Flora and Xavier have moved on with their lives, but is there something that still lingers between them? Or will Flora's devotion to her children, and her loyalty to Hugo, show her where her true heart lies...
EXTRACT ↓
Hugo was ready for supper before she was and about to go out to the garden to join the others but she asked him to wait a moment so they could go together. She just had to put on her sandals and brush her hair.
‘Don’t be long,’ he said, hovering by the door. ‘I’m dying for a drink.’
‘Me too,’ she agreed, looking forward to something cool and refreshing. She shoved her feet into her sandals after brushing her hair, still slightly damp from the shower, and they left their room together to follow the sound of laughter.
Flora struggled to dismiss her feelings of panic over Hugo’s mood. This was the first time – apart from a few months immediately after their marriage – that they’d been utterly alone without their daughters. The girls had left for the States almost a week ago and she and Hugo had both been kept busy with work, Hugo sorting out some complicated travel arrangements and she packing up the art gallery ready for the building works to expand and rejuvenate it for the autumn. She was annoyed with him for not trying to be cheerful now that they were here, in this beautiful part of France. She felt guilty feeling like this. Was Hugo suffering from some dreaded depression, or had he stopped loving her, was bored of her company without their daughters to amuse him? If so, why and when had he stopped loving her?
She must not think like this. Naturally they were missing their girls and struggling to get used to a different life without them. She knew other friends had felt the same when their last child had flown the nest, but they had soon got used to their new freedom and embraced it, welcoming their children and their friends and families back for visits, and happily slotting back into a new freedom together when they had gone. She must not panic and imagine that Hugo did not love her any more. Why did people, namely women, somehow feel that they were to blame for any change in a relationship? Now, a tiny but scary voice nudged her. Did she still love him?
It was fortunate that they were out here with such dear friends in such lovely surroundings and surely in a few days all would be well between them. Their relationship might have changed – most relationships changed over time – but that didn’t mean their marriage had run its course.
She followed him down the passage and out into the larger garden at the back of the villa by the pool. Matt saw them first.
‘Flora and Hugo, so good to see you.’ He came over and kissed her. He’d put on weight since she’d last seen him but he was tanned and relaxed, more cheerful than she’d ever known him. ‘Have a drink,’ he said, ‘and let me introduce you to everyone.’
Flora smiled round at the other people who were regarding them with interest. A tall dark woman nearest them in a red dress and a black jet necklace smiled back at her and said, ‘Hi, I’m Didi and this is Tony, my partner.’ Tony was rather gangly with pale eyes and huge hands. He grinned at them.
Matt introduced Sylvia, plump and cheerful in white trousers and a sparkly top. Flora remembered that she was in charge of the uninvited cat family. Martha wearing a flowery, floaty dress and with long blonde hair, gave Flora the once over as if assessing her, before throwing Hugo a dazzling smile. There were two other men, Ben, very British in jeans and a crisp, blue shirt was sunburnt and rather jolly.
‘Good to see you,’ Ben boomed in their direction. Turning to Hugo, he said, ‘We’ve met, you organised a trip for me to South America, a few years back, great to see you again and to meet your wife.’
Author Bio ↓ 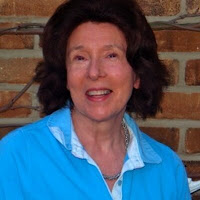