~*BLOG TOUR*~ The Girl I Used to Know by Faith Hogan 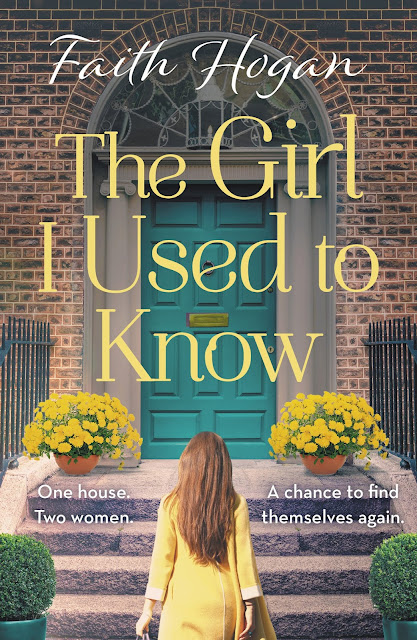 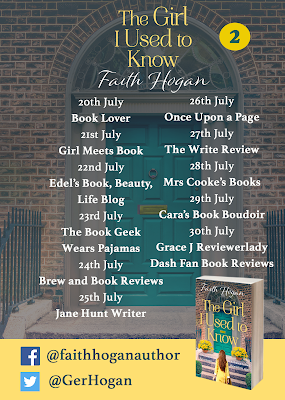 Blurb ↓
Amanda King and Tess Cuffe are strangers who share the same Georgian house, but their lives couldn’t be more different. Amanda seems to have it all, absolute perfection.
She projects all the accoutrements of a lady who lunches. Sadly, the reality is a soulless home, an unfaithful husband and a very lonely heart.
By comparison, in the basement flat, unwanted tenant Tess has spent a lifetime hiding and shutting her heart to love.
It takes a bossy doctor, a handsome gardener, a pushy teenager and an abandoned cat to show these two women that sometimes letting go is the first step to moving forward and new friendships can come from the most unlikely situations.
EXTRACT ↓
Oh, God. Amanda could feel the familiar swell of dread in her stomach. Richard would be incandescent if he arrived home to see Tess was hanging out her washing again. They all knew she only did it because Amanda had expressly written it in their residents’ association code of conduct. It was clear as day, residents were not to lower the tone of Swift Square by embarking on any activity more suited to the rear of their properties. It went for barbecues as much as pottering about and, certainly, it went for drying clothes. She made the mistake of mentioning it to Tess, just once, years before, and ever since, as soon as the sun shone, lines of washing were pegged out with spiteful haste at the front of number 4, Swift Square.
It annoyed Richard more than anyone; it was like a rebellious one finger to all the money he had wasted over the years trying to get Tess out. Amanda hated to use the word evicted, it was all too messy and unthinkable, even now. Still, after all these years, Richard could spend an entire evening whining and complaining about Tess. Funny, but in the beginning, Amanda believed it would pass. After all, Tess Cuffe was the reason they picked this place up at a bargain price. Tess knew that too and perhaps resented them all the more for it. Richard did everything he could think of to induce her to leave. When bullying her did not work, he tried money. He offered her enough to put a down payment on a nice cosy flat. She could have her own place in a neighbourhood where her underwear would not be the only washing hanging on clothes lines along a veranda designed for that purpose. Tess had been unyielding. It seemed to Amanda, the more Richard made it plain he wanted her out, the more Tess dug herself in to stay. There had been so many small squabbles over the years, but then in a moment of fury, Richard instigated legal proceedings. He wanted her gone and he could call it anything the judges preferred to hear, but in the end, they lost. Tess was still here; still paying her legally agreed ten bob a week rent. It was a covenant agreement, based on some old law that Tess managed to unearth with free legal aid. The amount meant nothing in terms of financial gain for the Kings but gave immense satisfaction to Tess, who left the old coins on the doorstep each Friday afternoon, just at the end of the working week.
For her ten bob or, in new money, less than two euros a week, Tess had the entire basement of the house. It consisted of a two-bedroom flat, which although it hadn’t been modernised, was very generous by today’s rental proportions in the city. A separate entrance squeezed within a small add-on porch just left of the impressive granite steps to Amanda’s imposing front door. The judge held firm when Richard went back with the second case to increase the rent. Amanda knew there was no repairing the damage the courts had wreaked on what should have been a neighbourly relationship.
Author Bio ↓ 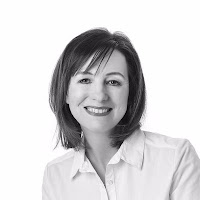