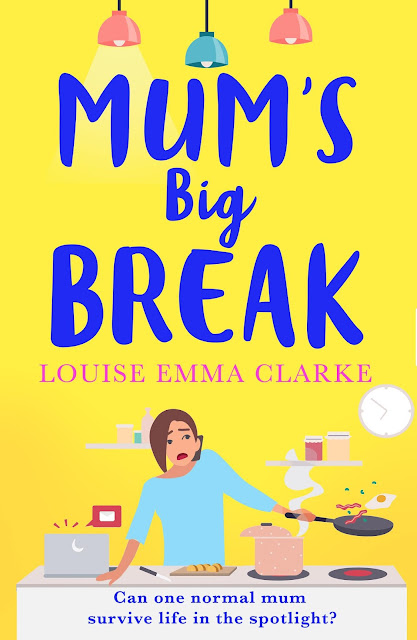 Add to #Goodreads TBR ↓
https://bit.ly/2zeqHMR
#BuyLinks ↓
Amazon US: https://amzn.to/2W8Av3L
Amazon UK: https://amzn.to/36l9L1L
Kobo: https://bit.ly/30Ly4Vr
Google Play: https://bit.ly/36jmG4i
iBooks: https://apple.co/2Vx6J94
Blurb ↓
Jess's life was turned upside down when her blog went viral. Now, with hundreds of thousands of followers, Jess is now navigating the trials and tribulations of a world online.
Being a mummy blogger was original an escape, but now it seems to be turning into a career. And after one wrong post on her social media channels, Jess discovers that life in the spotlight isn't always peachy.
With a new baby on the way, the possibility of starring in a reality TV show and a husband who's struggling with his wife's new-found fame, Jess has a lot going on.
Jess needs to decide whether this is everything she wanted it to be or whether this is all a bit too much for her? Can Jess persevere against the haters, rise up above the pettiness and find the perfect balance of life in the real world and life online?
Perfect for fans of Suzy K Quinn, Fiona Gibson and Gill Simms. 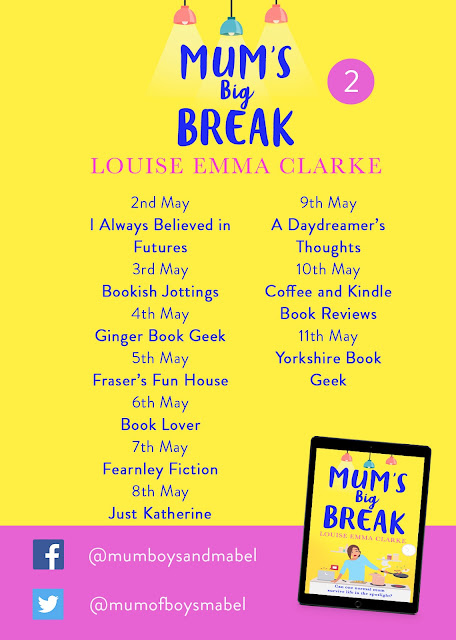 EXTRACT ↓
Truthfully, she’d been a bit surprised by how much time had been demanded by the staff at the hotel, but it was too late now. She’d accepted the holiday and she had to do the work – even if that meant being dragged away from her sunbed to listen to a monologue about the interior design decisions behind an overwhelmingly brown conference hall.
It was a few hours before she was able to say her goodbyes and scurry back to the pool, but when she arrived, Chris and Bella were nowhere to be seen. Looking down at her phone and realising it was now midday and Bella had probably been tired and grouchy, she made her way up to their room.
Suite 3008.
Floor 20.
She’d never set eyes on a hotel suite before this holiday, let alone stayed in one, and when they first arrived and were shown to their room, it had taken them a good five minutes to explore, eyes wide with shock. There were two bedrooms, joined together by a large lounge. Wardrobes opened up to reveal storage space the size of small rooms just for their clothes and shoes. Everything inside the suite was perfectly matched in hues of dark wood and warm tones of caramel-brown, and vast, floor to ceiling windows showed off the view to its absolute best.
From their balcony, they could see the whole of Jumeirah Beach stretched to the left and right of them. The white sand, the colour of the sea a perfect reflection of the cornflower-blue sky above, hotels dotted along the coast, the impressive Burj Al Arab hotel shaped like the sail of a boat to their right, and a big wheel that seemed to be sat on its very own island to their left.
Looking directly down from their balcony to the hotel grounds, a series of pools stretched invitingly in front of their hotel.
‘Seven pools, to be exact,’ their concierge had informed them on that first night. ‘Three general pools that everyone can use, one saltwater pool, one shallow pool for children, one adult-only pool, one pool for swimming laps, and a swimmable canal that connects them all.’
The biggest pool was directly below them, with the words ‘THE MERRYGOLD’ stamped on the bottom in large, black letters. And as swimmers disturbed the surface of the water, the letters shimmered and danced in the sunlight.
It was, without doubt, the most impressive hotel that Jessica had set foot in.
In fact, the room alone was so inviting that Jessica was quite tempted to spend the full week inside it, relying on room service and gawping at the views, but with a nearly-two-year-old in tow, that was never going to happen.
Jessica made it back to the room and stood in front of the heavy mahogany door with 3008 monogrammed in gold letters, pulling her key card from the pocket of her bag to unlock it. As the light flickered green, she pushed the door as gently as possible.
CLICK.
‘Sssshhh,’ Chris hissed, turning towards the door from his armchair. ‘Fuck’s sake, Jess, please don’t wake her!’
‘Seriously?’ Jessica whispered. ‘What was I supposed to do? Beam myself through the door?’
Chris rolled his eyes.
‘You know,’ Jessica continued. ‘This hotel room is nearly as big as our house. She’s got her own room, Chris! You’re sat out here lording it up with your iPad and she’s fast asleep in her own room, with the door closed. How was I ever going to wake her?’
‘Lording it up with my iPad?’ Chris repeated slowly. ‘Good one. That’s obviously what I’ve been doing while you’ve been swanning around conference rooms for the last couple of hours…’
‘Oh whatever,’ Jessica said, shaking her head. ‘Anyway, what have you been doing while I’ve been gone? Has she been OK?’
‘No,’ Chris said. ‘She’s been a bit of a bloody nightmare actually. She was tired and hungry, and she wanted Mummy as soon as you disappeared. We waited for as long as we could, as I thought it would be nice to have lunch together, but I needed to give her something to eat in the end. Not that she enjoyed the chips I ordered her… Most of them ended up on the bloody floor, so she’s probably gone to bed hungry.’
Author Bio ↓ 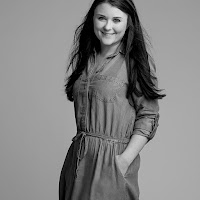 Louise's blog, Mum of Boys and Mabel has over 100k followers. Having moved to Dubai with her family she's now back in the UK and is enjoying writing. From Mum with Love is her debut novel.
Author Links ↓
Facebook: @mumboysandmabel