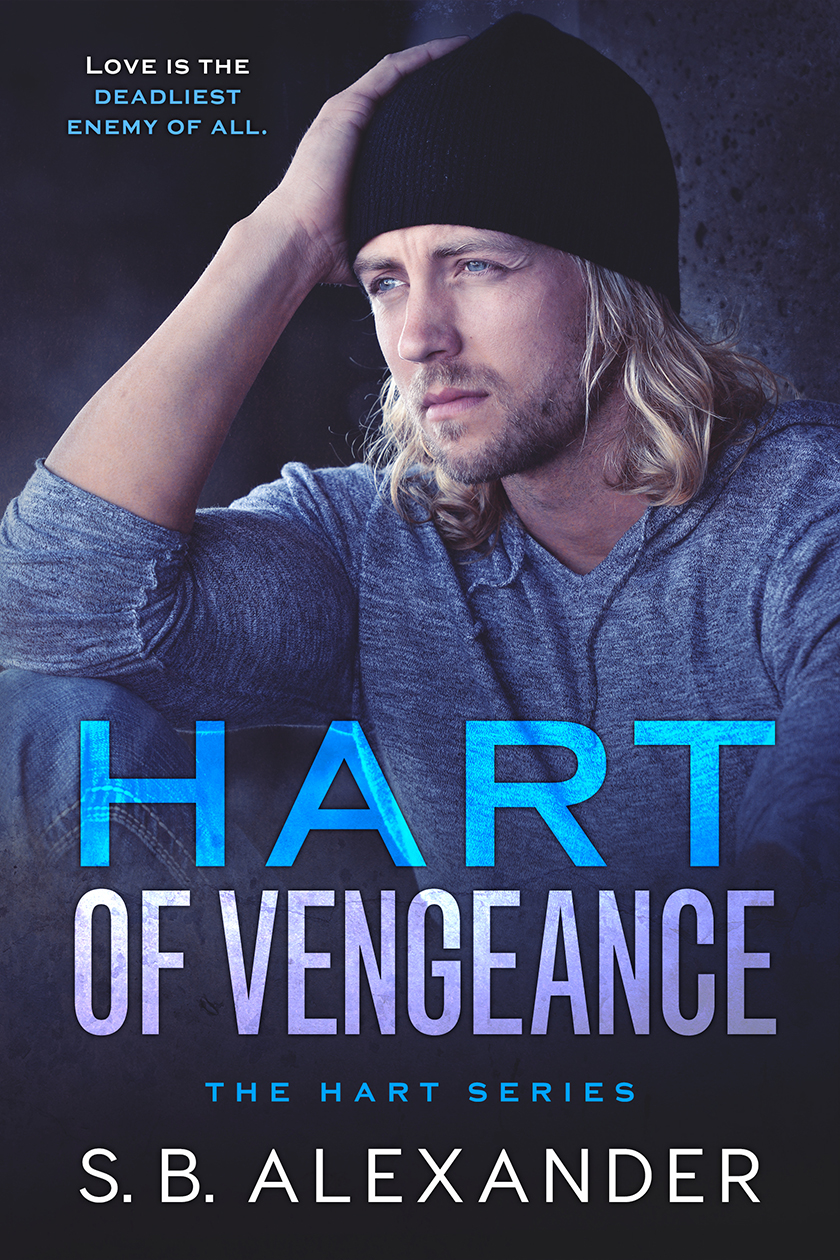 Love is the deadliest enemy of all.

Convicted murderer Denim Hart swears he didn’t kill one of the most notorious gang leaders in Boston. When he’s released, his first order of business is to clear his name. But he has no clue where to begin. The only witness who could help him disappeared before his trial began.

He might not need the witness when the FBI offers him a deal to expunge his record in exchange for his help. But Denim isn’t a snitch, and no way is he interested in helping The Feds take down his older brother. No matter how many times Denim tells them no, he’s caught in the middle with no way out.

Yet, the FBI is the least of his worries. There’s a contract out on his head. Now, his plan to reconnect with the woman who tortured his dreams for the last eight years is thwarted. Under no circumstances can he let her back into his life. Not until it’s safe.

If Jade Kelly doesn’t find a job soon, her next home will be in some dark alley in Boston. It’s critical she doesn’t screw up her interview with one of the most prestigious law firms in the city. Getting the job might be easy, but keeping it quite another, especially when she learns her potential boss, Kelton Maxwell, is representing the one man she never expected to see again—the one man who walked away from her in high school. The same man who’s incarcerated for murder.

As soon as Denim reappears in Jade’s life, she’s unsure if she should run for the hills or run straight into his arms. She could never resist his seductive charm, and she quickly learns it’s not his sexy ass she needs to run from, but the dangerous gang leader who wants her dead.

Hart of Vengeance is a standalone second chance romance. If you love nail-biting suspense, family drama, a bad-boy hero, a story with twists and turns, and set on the dark streets of Boston, then you’ll love Denim and Jade’s HEA story.

This book is suited for mature audiences.

Kelton and I left the prison, not saying a word to each other. I was in my own head, coming up with an apology for speaking my mind about Duke. But Denim had my mind completely out of sorts with his damn sexy smile as he undressed me with his eyes. Professionalism had gone out the window. Well, maybe not the entire time. Or maybe I had been professional on the outside, but my stomach had been rattling, and my hands had been trembling. I’d had to squeeze the pen just so my fingers wouldn’t shake like a powerful earthquake.

My heels scuffed along the pavement. The clicking and clacking centered me as I kept up a brisk pace with Kelton. He seemed deep in thought. I had a feeling he was waiting for us to get into the car before he unleashed his wrath on me, or maybe he was searching for the right words to fire me.

I inhaled deeply, hoping the crisp fall air would soothe the burning sensation in my throat. But all it did was saturate me with the musty scent of rain that lingered in the air. I glanced up at the sky. Dark, ominous clouds greeted me. The setting was appropriate given how the morning had gone thus far.

I’d gone through every scenario the night before on how to keep my shit together when I saw Denim. Don’t look at him. Don’t stare at him. Doodle to keep my hands occupied. Don’t fidget. Be professional. I’d repeated those things before I’d fallen asleep. But saying them and prepping for the day hadn’t helped one freaking bit.

The man had commanded the room. Granted, I wasn’t digging his prison attire, but I too was undressing the gorgeous hunk with my eyes. When he strutted in, I noticed that his angular jaw was unshaven. Yum. His blond hair was unkempt and curled at the edges as it grazed his shoulders. Double yum. His blue eyes were clear, bright, and glued to me like I was a magnet.

My heart skipped, tripped, and jumped when he smiled at me.

That spark we’d had in high school when we had first met outside chemistry lab sparked instantly. But what had me squeezing my thighs together was the hunger swimming in his blue depths—sheer, clear, and absolute.

He knew I knew it too. I could feel it in my bones.

He hasn’t been with a woman in six years. What you saw on him was desperation for any woman.

If we had stayed in that room any longer, Kelton would’ve fired me instantly. I had been ready to undress myself and show Denim what he’d been missing since high school.

Then again, I was also ready to yell and scream at him for leaving me. I’d gone through some of the stages of grief, but I didn’t think I’d ever landed on hope and acceptance. I still had remnants of anger.

Two beeps from Kelton’s key fob blared in the parking lot, severing my Denim rollercoaster ride. He was like a powerful drug for me. I thought I had detoxed from him and gotten him out of my system. But I felt like I’d just fallen off the wagon and into the web he’d spun around me all those years ago.

It had been a mistake for me to come with Kelton. My only takeaway was that I still had feelings for Denim, and sadly, that had nothing to do with becoming a paralegal.

Pathetic. I could’ve insisted on staying behind, but that would have only shown Kelton that I wasn’t cut out for the job. I could’ve called in sick, but leaving my boss hanging was more embarrassing and maybe grounds for him to fire me or, at the very least, give me a warning in my employee record. I wasn’t my sister. I didn’t rebel or stomp my feet when I didn’t want to do something. That wasn’t me.

Kelton and I got into his car just as the clouds opened up, unleashing a downpour. A hard shiver wracked my body. Suddenly, Mom’s voice was in my head, and I couldn’t stop the memory from surfacing.

“Jade, dear, take the dog out before dinner,” she’d said.

“Savannah can do it. I’m doing my homework.” I kicked Savannah, who was lounging on the couch with her headphones on, listening to some metal band she loved.

Savannah snarled as she drilled her brown eyes at me. “What?”

I pulled her headphone off her head. “Take the dog out.”

Mom rushed into the living, wiping her hands on her apron. “Girls.” Her motherly tone was hard and commanding. “Jade, I asked you.” She pointed to the kitchen. “Boomer is waiting at the door, and it’s about to storm. So get to it.”

I threw my book on the couch before stomping out. It was pointless to argue. Even if Mom ordered Savannah to take out Boomer, she wouldn’t. She always disobeyed. At thirteen, she was a force to be reckoned with.

I stepped out onto the back porch as Boomer, our two-year-old lab, took off down the steps before I could get his leash on. Normally, we could let him out in the backyard, but our fence had fallen from a summer storm that year.

I ran after him as rain began to fall—a cold, hard winter rain.

I blinked the memory away and silently scolded myself. I had no business wigging out in front of my boss, and during work no less. But sometimes it was hard not to relive the past.

“Close your door,” he said.

“Oh. I’m sorry.” I quickly pulled the door shut until the sound of it closing made me jump.

He turned over the engine. “Are you okay?”

Not at all. But he didn’t need to know the war raging in my head or the fact that sometimes rain triggered too many demons and nightmares about that fateful night. 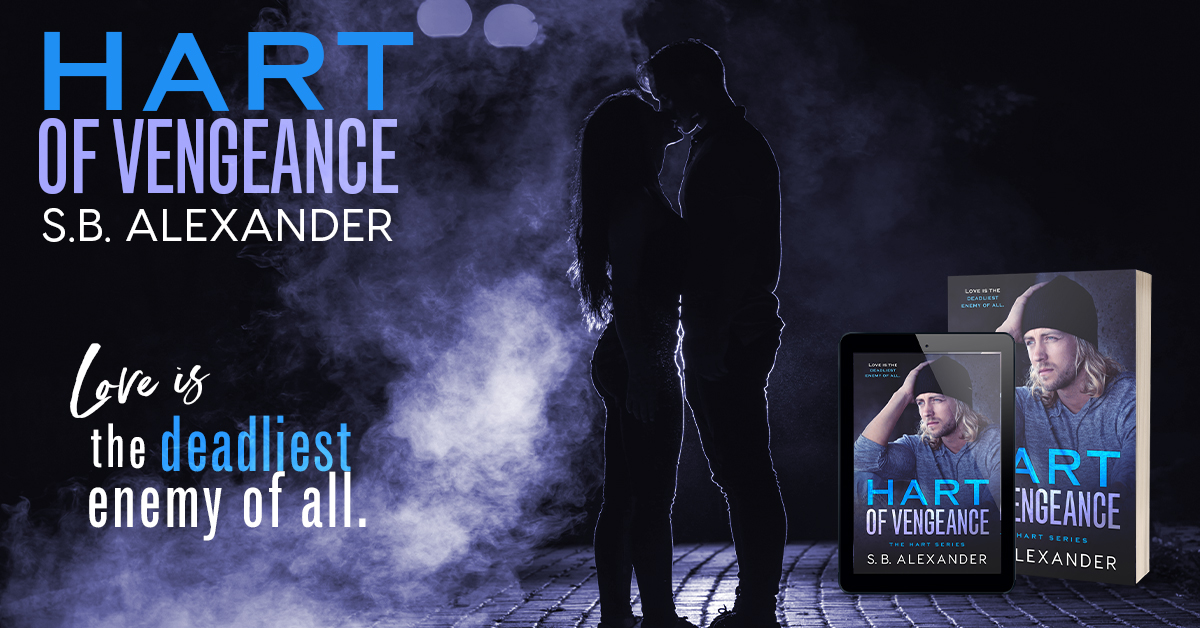 S.B. or Susan as she likes to be called is a navy veteran, former high school teacher, and former corporate sales executive. She’s a lover of sports, especially baseball, although nowadays you can find her glued to the TV during football season.

When she’s not writing, she’s a full-time caregiver to her soul mate of twenty-one years who got a bad deal in life when he was diagnosed with ALS. Her motto: “Life is too short to waste. So live every moment like it’s your last.”