~*BLOG TOUR*~ Sing Me A Secret by Julie Houston 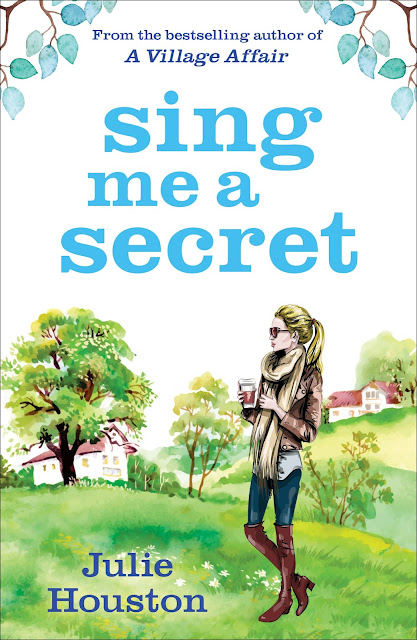 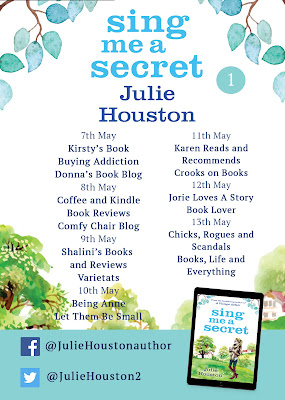 Blurb ↓
The four Sutherland sisters have all had very different paths in life, but one secret and a slighty tense production of Jesus Christ Superstar are about to bring them all back together again…
When the news that pop-superstar Lexia Sutherland is returning to Westenbury, not everyone is thrilled by the news – including Lexia. There are too many memories she doesn’t need to face – or need re-surfacing. Meanwhile, Juno Sutherland just wants a little peace and quiet.
As the local village doctor, she’s got her priorities in order; kids, job, husband, tenacious pony, a role in the village musical… So when the sexy new locum turns up – and steals her office – the last thing she needed was to be hit with rising temperatures and an over-active imagination.
Will these sisters be able to uncover the past, deal with the future and put on the performance of a lifetime?
Return to Westenbury this spring and find out. 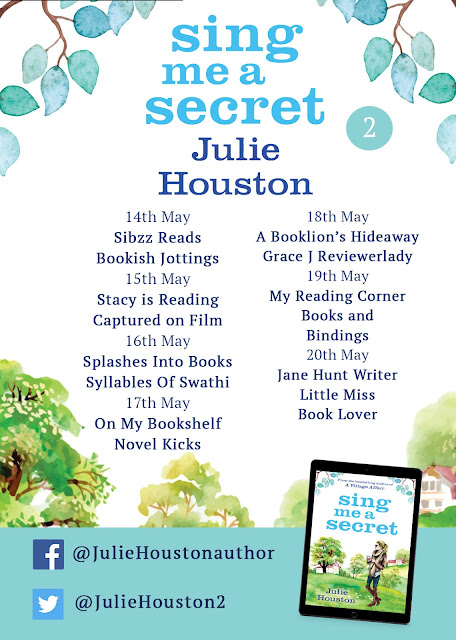 EXTRACT ↓
Once surgery was over for the day, Juno went straight round to her eldest sister, Ariadne’s, place. She didn’t think she’d be at home but, by taking the long way round, skirting the village of Westenbury itself rather than passing through it, she knew she could lean out of the car window – somewhat precariously, it was true – to look up the end of her road and see if her car was parked outside her house. Unusually, it was. Juno skidded on the wet slushy stuff that had accumulated at the end of Ariadne’s cul-de-sac and, reversing, manoeuvred her Mini down towards her sister’s trusty old Fiesta.
‘How come you’re home?’ Juno called as she pushed open Ariadne’s front door before heading through to the sitting room.
Ariadne was, as she expected, sitting in the corner of the room at her desk, marking books.
‘Got a cold,’ she sniffed, expending any remaining surplus energy onto myriad huge purple ticks on the exercise book in front of her. ‘Feel bloody awful; I had a free period at the end of the afternoon so came home early.’
‘I’ll keep my distance then.’ Juno frowned, backing away from her and shifting a pile of books from the large winged armchair onto the floor before sitting down heavily and closing her eyes for a few seconds.
‘I assume you don’t say that to your patients?’ Ariadne asked rhetorically before sneezing and blowing her nose loudly. ‘What’s up? Had a hard day?’ She closed the book in which she’d written crossly: See me, Chloe. Listerine is a mouthwash designed to combat bad breath. It was not the name of the woman whose mission it was to end the Peloponnesian War by denying men their sexual favours. That, Chloe, was Lysistrata!
‘Jesus,’ Ariadne went on, not at all interested in whether Juno had had a good, bad or totally indifferent day, ‘I don’t know why I bother. Do I teach these feckless sixth-formers anything?’ She threw the book towards the pile of marked books, missing its target – Ariadne was always more scholarly than athletic – and got up from her chair, reaching for another tissue and wrapping her cardigan more closely around her waist. ‘I long for sunshine and places to explore, not day after day with arrogant girls who’ve only opted for Classics because they think it must be easier than Maths or Physics. All they’re interested in is Love Island, getting pissed and how many boys they can fellate while still hanging on to their virginity.’
‘Blimey, if I wasn’t depressed before, I am now,’ Juno tutted. ‘Shall I go out and come back in again and we can start over?’
‘Start over?’ Ariadne frowned. ‘You’re obviously watching too much American TV, Juno. The phrase, here in good old Yorkshire, is “start again”.’
‘Oh, for God’s sake, Ariadne, you are in a sodding mood, aren’t you? I came here to tell you something. Something good. Well, I think it is…’ She trailed off.
‘About Lexia, you mean?’
‘Oh, you know?’ Juno stared at Ariadne.
‘Saw the front page of the Midhope Examiner when I stopped for petrol on my way home,’ she said shortly. ‘First time I’ve ever bought it, I think.’ Ariadne indicated, with a nod of her head, the local paper folded neatly next to the morning’s edition of The Guardian on the top of her piano at the back of the room. ‘Bit of an amazing coincidence that footballer husband of hers suddenly ends up here in Midhope, don’t you think? You know, back to Lexia’s hometown?’
Author Bio ↓ 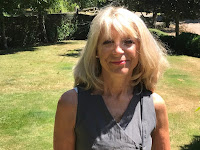 Julie Houston is the author of THE ONE SAVING GRACE, GOODNESS, GRACE AND ME and LOOKING FOR LUCY, a Kindle top 100 general bestseller and a Kindle #1 bestseller. She is married, with two teenage children and a mad cockerpoo and, like her heroine, lives in a West Yorkshire village. She is also a teacher and a magistrate.
Author Links ↓
Website: www.juliehouston.co.uk
Twitter: @juliehouston2
Facebook: @JulieHoustonauthor
FOLLOW ARIA ↓
Website: www.ariafiction.com
Twitter: @aria_fiction
Facebook: @ariafiction