~*RELEASE BLITZ*~ The Art of Sin by Alexandrea Weis Grady Paulson spends his nights pleasing a lot of women.

The bump and grind of being a male stripper is getting old for Grady, and when his cross-country tour takes him to New Orleans everything changes. He meets Allison Wagner; a smart, successful woman who is all wrong for him, but Grady just loves a challenge.

Sparks fly, and soon Allison has Grady rethinking his future. He wants to get out of the stripping game and settle down, but Allison is hiding a devastating secret that could threaten his plans.

Will Grady finally break free from his seedy, sequined world or will her troubled past forever seal their fate?


On Bourbon Street, temptation is the name of the game for all those who practice the art of sin.

The screaming hit him first. Like the backwash from a jet engine, the screams vibrated against his body. The women were packed against the edge of the stage, and as he moved out from beneath the white lights, he got a better look at the pit.

Matt had been right. The faces, the screams, the whistles, all looked and sounded the same as every other town he had been in. He had hoped this time it would be different. Why had he expected more?

Beginning his routine, he rolled his hips and occasionally made eye contact with a few of the women, searching for his orgasm girl. A small blonde, not far from the stage, caught his eye. She instantly reminded him of Al. She had the same petite figure and pink lips, but her eyes were not as sarcastic. Making a few spins, he checked out the other women, but kept coming back to the blonde.

When he pulled his silver-sequined shirt open, the motion made the pain from his broken right pinkie shoot up his arm. He kept his stage smile plastered on his face, but he could feel the sweat gathering on his upper lip. To stop thinking about the pain, he shifted his attention back to the small blonde. He pictured her being Al, watching him up on stage.

Grady could almost see Al smirking at him from a table next to the stage. This was good. It was helping him get through his routine. He focused on the blonde, all the while thinking of Al, and soon he forgot about his discomfort.

Grady began to feel he was dancing only for the petite woman. He could hear the other women in the crowd shouting for him to “take it all off,” but he ignored them. He struggled getting his shirt off, and he saw the lithe blonde smile when she explored his chest with her big eyes.

Grabbing at his clothing and doing a few of the acrobatic moves he had in his dance routine almost made him see stars as the tormenting pain returned. With only his pants to go, he went to the edge of the stage, ready to bring up the blonde. When he pointed to her, as he seductively swung his hips, the blush on her cheeks almost made him laugh out loud. Al would never have blushed like that. No, Al would have scowled at him.

It took two of her friends to coax her to the stage, but when the little blonde climbed the side steps, Grady was disappointed. Up close, she was nothing like Al. Her features were plain and her mouth was bigger, her lips thicker, and her eyes were brown and not like Al’s angry grey orbs. Giving her some encouragement to have fun with him, he lifted her hands to his chest and rubbed his hips against her.

The blonde squealed, covered her face, and did all the predictable things he expected of his orgasm girl. After he had danced around her a few times, ripped off his pants—damn near cursing as the pain tore through his hand—he gave her a kiss on the cheek and showed her off the stage.

A few last struts, flashing his silver-sequined G-string, and he was done. Snapping up his clothes from the floor with his left hand, he could feel the sweat pouring off him. He quickly trotted off the stage and back behind the curtains.

Out of the view of the audience, he bent over and very gently held his sore pinkie.


“Son of a bitch,” he sighed. How was he going to survive a second show? 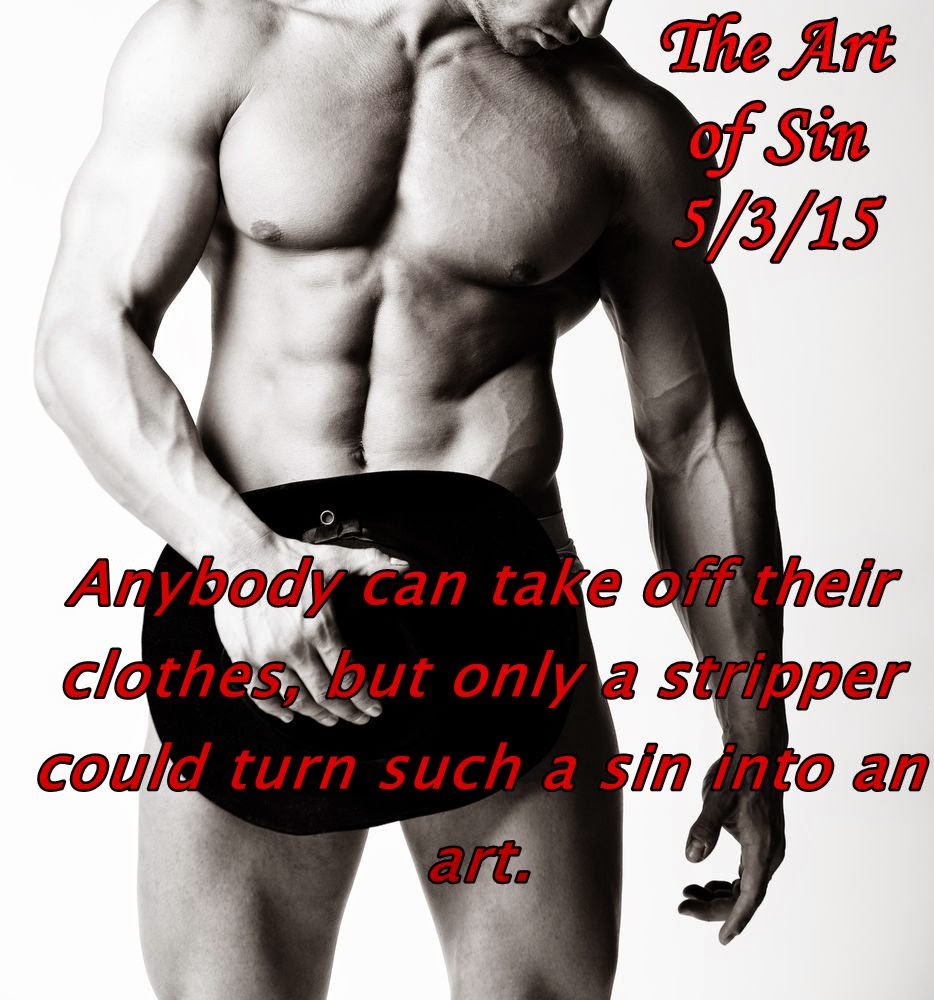 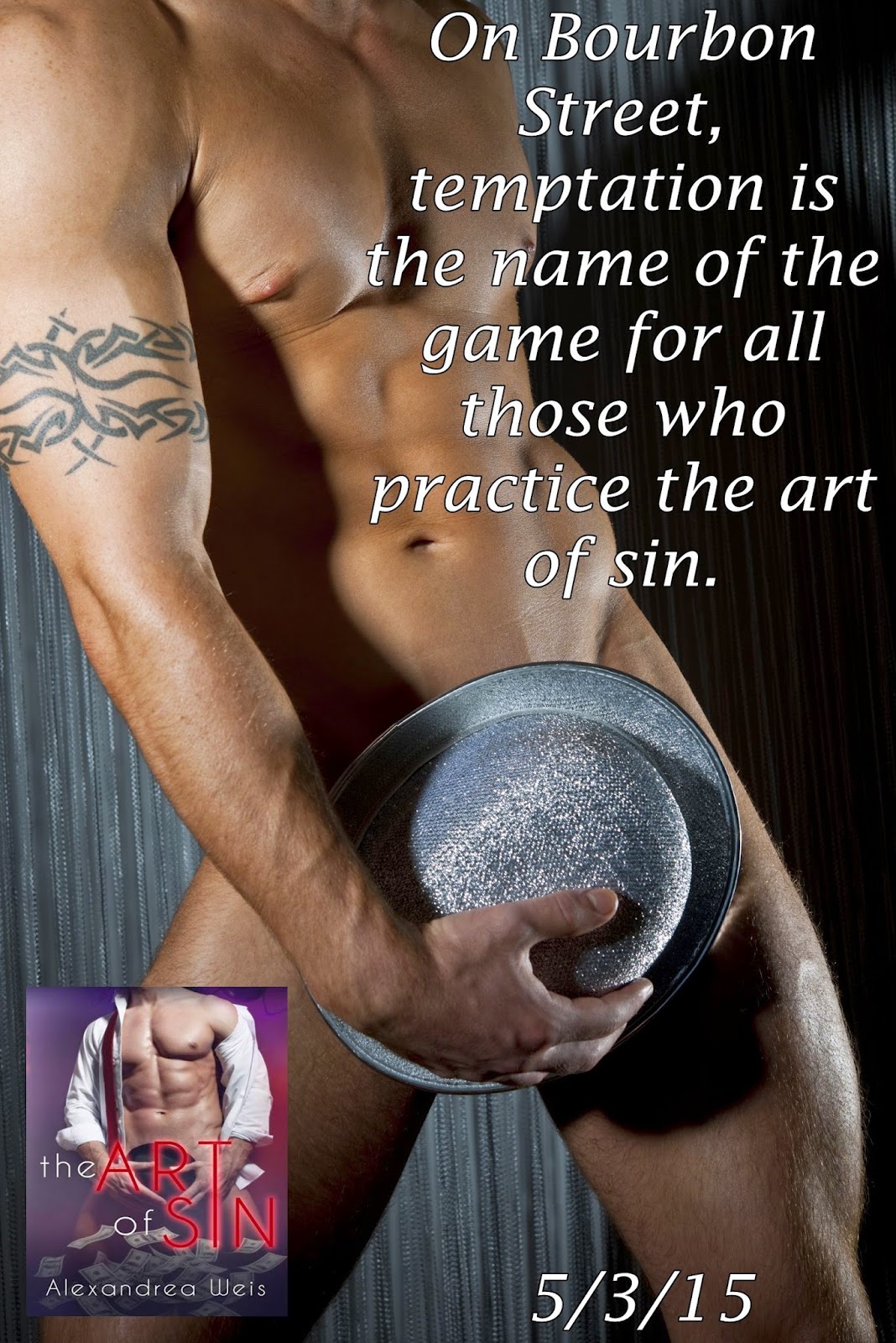 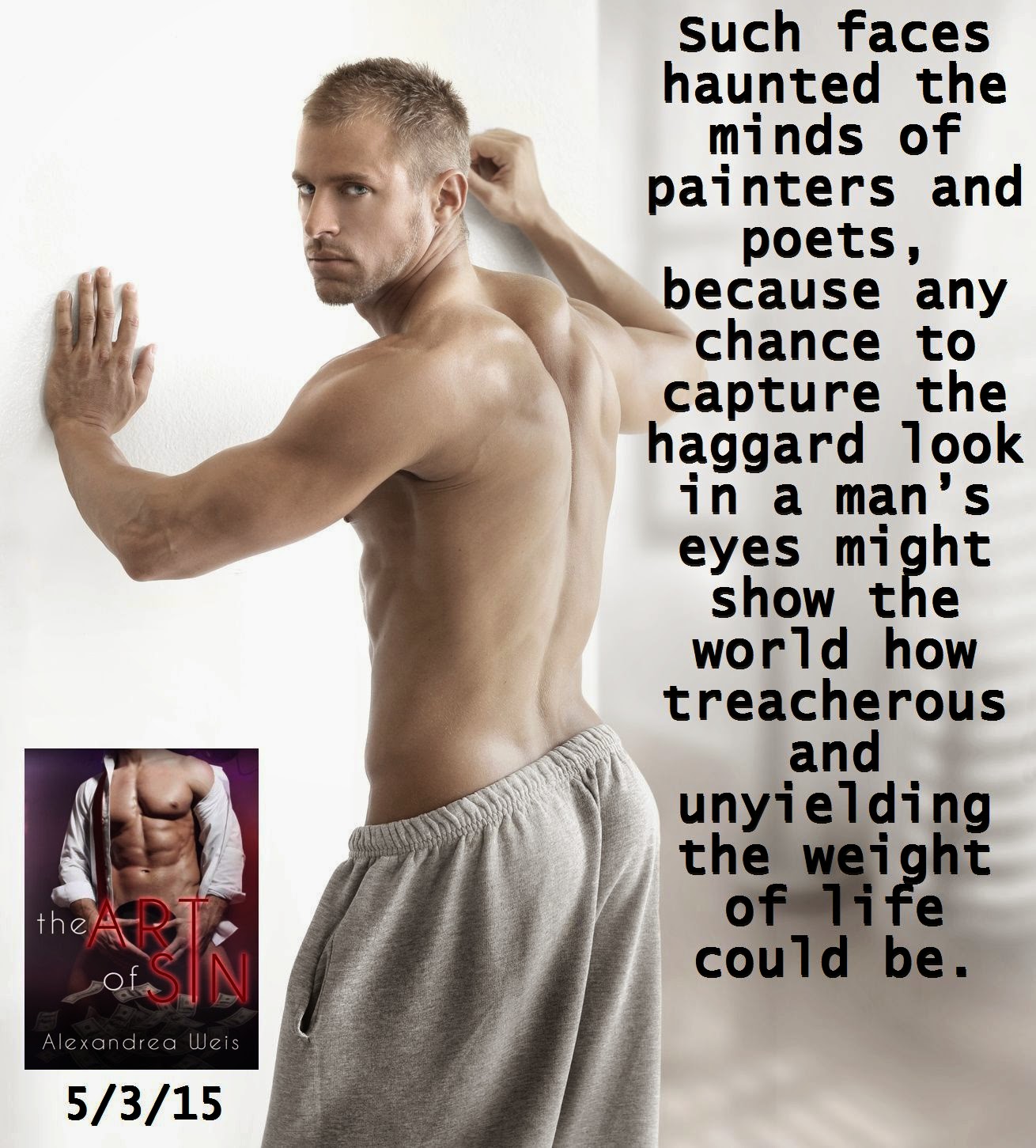 Alexandrea Weis is an advanced practice registered nurse who was born and raised in New Orleans. Having been brought up in the motion picture industry, she learned to tell stories from a different perspective and began writing at the age of eight. Infusing the rich tapestry of her hometown into her award-winning novels, she believes that creating vivid characters makes a story memorable. A permitted/certified wildlife rehabber with the Louisiana Wildlife and Fisheries, Weis rescues orphaned and injured wildlife.

She lives with her husband and pets in New Orleans.

Join the Release Party on Facebook.  May 4th from 4-10pm EDT.  Click on the picture below to join the fun.