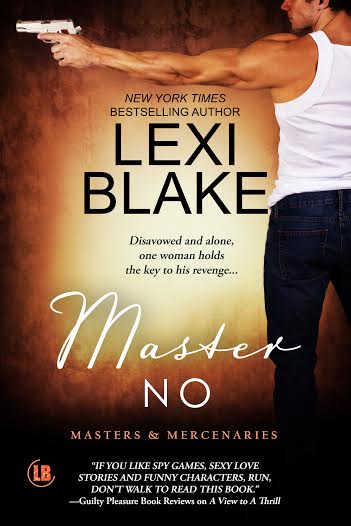 Disavowed by those he swore to protect…
Tennessee Smith is a wanted man. Betrayed by his government and hunted by his former employer, he’s been stripped of everything he holds dear. If the CIA finds him, they’re sure to take his life as well. His only shot at getting it all back is taking down the man who burned him. He knows just how to get to Senator Hank McDonald and that’s through his daughter, Faith. In order to seduce her, he must become something he never thought he’d be—a Dom.
Overcome by isolation and duty…
All her life, Dr. Faith “Mac” McDonald has felt alone, even among her family. Dedicating herself to helping others and making a difference in the world has brought her some peace, but a year spent fighting the Ebola virus in West Africa has taken a toll. She’s come home for two months of relaxation before she goes back into the field. After holding so many lives in her hands, nothing restores her like the act of submission. Returning to her favorite club, Mac is drawn to the mysterious new Dom all the subs are talking about, Master No. In the safety of his arms, she finds herself falling head over heels in love.
Forced to choose between love and revenge…
On an exclusive Caribbean island, Ten and Mac explore their mutual attraction, but her father’s plots run deeper than Ten could possibly have imagined. With McKay-Taggart by his side, Ten searches for a way to stop the senator, even as his feelings for Mac become too strong to deny. In the end, he must choose between love and revenge—a choice that will change his life forever.

** PRE-ORDER LINKS **
COMING AUGUST 4, 2015
AMAZON US I AMAZON UK I iBOOKS I NOOK I GOOGLE PLAY
Coming soon to All Romance eBooks, Smashwords, and Kobo!
New York Times and USA Today bestselling author Lexi Blake lives in North Texas with her husband, three kids, and the laziest rescue dog in the world. She began writing at a young age, concentrating on plays and journalism. It wasn’t until she started writing romance that she found success. She likes to find humor in the strangest places. Lexi believes in happy endings no matter how odd the couple, threesome or foursome may seem.