~*BLOG TOUR*~ Starting Over at Acorn Cottage by Kate Forster 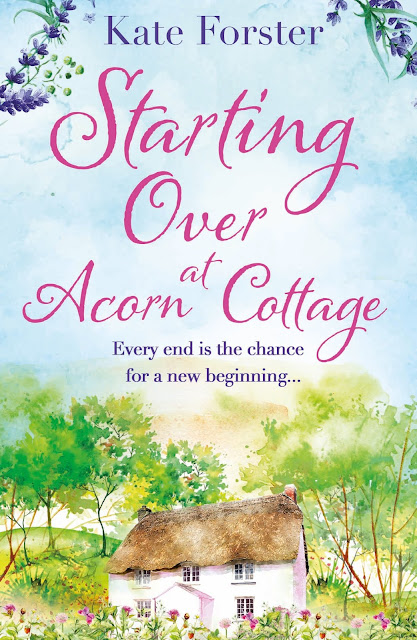 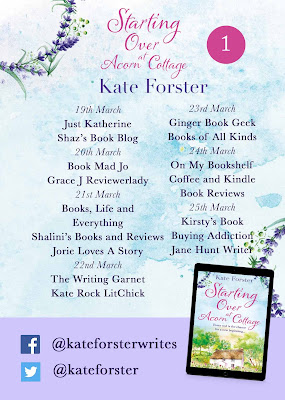 Blurb ↓
Buying a thatched cottage in the country may not be the usual cure for a broken heart. But after Clara Maxwell finds out her boyfriend and best friend have been sneaking around behind her back, packing her bags and leaving everything in London behind feels like it's the only way forward.
Clara knew Acorn Cottage would be a fixer-upper... Yet in person, the cottage is less charmingly ramshackle and more a real health and safety concern. When Henry Garnett, her (rather handsome) new contractor, turns up with his little daughter Pansy and a van shaped like a cottage in tow, she isn't sure whether to laugh or cry. What on earth has she gotten herself into?!
Still, there is something strangely lovable about the people in the little village of Merryknowe, from Rachel Brown, the quiet, lonely girl who bakes magical confections for the tearooms, to Tassie McIver, a little old lady with a lot of wisdom and a penchant for reading tea leaves. And Clara can't deny that Henry and Pansy are quickly worming their way into her heart...
With all the heartbreak of the year behind her, could Acorn Cottage be the fresh start Clara so desperately wants? 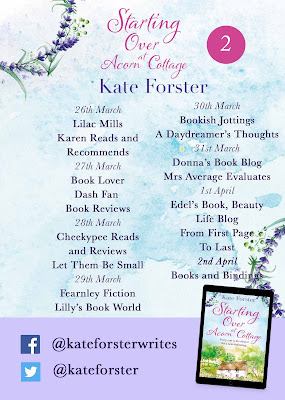 EXTRACT ↓
And now she had thrown her whole life into the bin including her job. She had cashed in her life savings and bought a cottage in some tiny village called Merryknowe, which consisted of a post office, some depressing-looking tearooms with a little bakery attached, and a pub and a few other ragtag shops. She had bought the cottage on a whim, fulfilling her retirement dream about fifty years early.
Clara had always dreamed of living a simple life. Jam-making, knitting, having a garden and pottering about while she was waiting for the bread to rise.
It was what she and Giles had talked about. They would look at photos online of houses for sale and discuss their plans, both working hard saving money for the dream.
Now she was the owner of a small thatched cottage, almost untouched except for a kitchen and bathroom that looked like they were last updated in the 1950s.
It had a sagging gate, but it also had garden beds and enough land for her to fulfil her vision of her own quiet life. Except it was supposed to be with Mother, and then she died. So, it was supposed to be with Giles. Where their grandchildren would come and visit them, and she would have taken up a craft and would finally learn how to bake and Giles would maybe chop wood and tie the tomatoes up on perfect tee-pee stakes.
‘Too many episodes of Escape to the Country while drinking wine,’ her work friends had told her after she shared the news that she was the new owner of Acorn Cottage.
Clara couldn’t disagree with the dig about either the wine or the TV show. She loved to change into her stretchy clothes, pour a glass of wine and watch the show, deciding which perfect cottage she and Giles would have chosen if they were on the show. It was a habit she had enjoyed with her mum before she died and then shared with Giles. Except they never bought a house on the show but the news from Piles and Judas, and the added information that Petey had moved out and Piles would stay there until Clara had left, stirred her into action to buy – especially after a bottle of plonk from the shop on the corner. She found the cottage online, emailed the agent matching the offer and it was accepted within an hour.
She didn’t ask to see it and she didn’t tell Piles about it either. She wanted to be away from him, Judas and everyone else who knew and looked at her like she was a complete idiot.
God, she was furious, she thought as she pulled the last of her underwear out of the drawer in the bedroom. She found the black lace teddy she had bought but never worn, the pink satin knickers with bows on the sides for easy removal, and the gorgeous coffee-coloured bra, which looked beautiful on, but she had been saving to wear. Saving for what? For who? She hadn’t even put them on for Giles.
Instead, she had worn the old knickers and bras, the ones that forwent style for comfort. Giles hadn’t looked at her anymore and she hadn’t tried to seduce him. Perhaps she hadn’t wanted him any more than he had wanted her.
She stood, holding the lingerie with the tags still on them, and then shoved them into her overstuffed handbag.
She was starting her new life as soon as she had packed everything she owned and would soon be driving to the village of Merryknowe.
The letter of resignation had been accepted by the bank and, after cashing in her investments and taking the money her mother had left her, she had enough to renovate the cottage and to keep her going for a while until she found what she wanted to do.
Author Bio ↓ 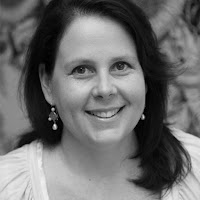 Kate Forster lives in Melbourne, Australia with her husband, two children and dogs and can be found nursing a laptop, surrounded by magazines and talking on the phone, usually all at once. She is an avid follower of fashion, fame and all things pop culture and is also an excellent dinner party guest who always brings gossip and champagne.
Author Links ↓
Twitter: @kateforster
Facebook: @kateforsterwrites
FOLLOW ARIA ↓
Website: www.ariafiction.com
Twitter: @aria_fiction
Facebook: @ariafiction