~*BLOG TOUR*~ Home to the Hills by Dee Yates 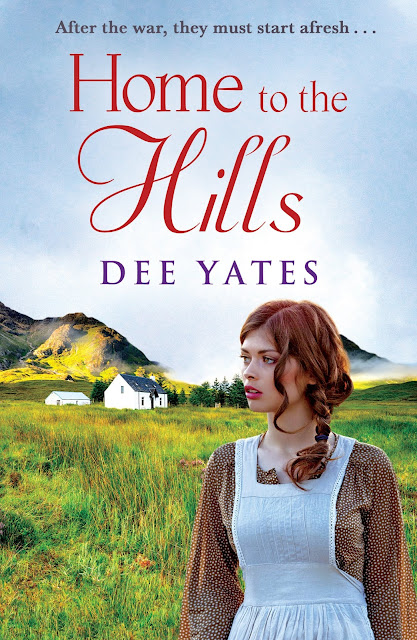 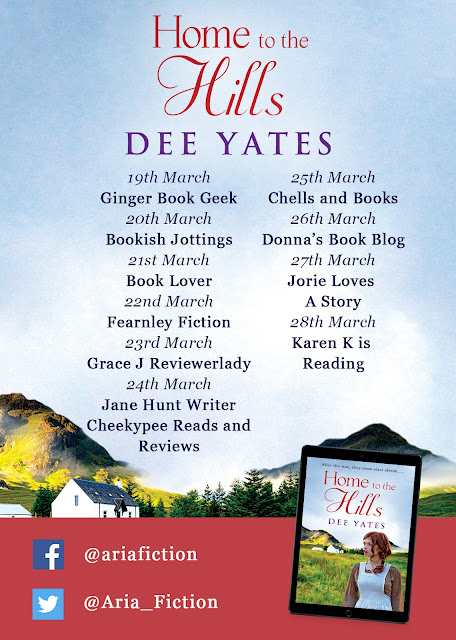 Blurb ↓
1945.
After the Second World War, Ellen and her daughter Netta make the journey from Germany back to Scotland. Nestled in the hills of the Southern Uplands is the farm where Ellen grew up – the home she left to be with the only man she's ever loved. She is still haunted by her memories... and the secrets she dare not share with anyone.
Having grown up in Freiburg, farm life is new and exciting to Netta. Determined to be useful, she offers to help new shepherd, Andrew Cameron. But doing so might put her bruised heart at risk...
The war took so much from Ellen and Netta. But maybe now the sanctuary of the hills can offer them the hope of a new beginning.

A heartwrenching Scottish saga, perfect for fans of Sheila Jeffries and Katie Flynn.
EXTRACT ↓
APRIL 1939
It seemed as though they had been on the move for days. By the time they reached their destination they would have been.
To begin with, it was quiet at the station. The parents were told to wait outside. You could tell they wished it otherwise by the sad looks on their faces. Someone began to sob, others around joined in and soon, from far and near, nothing was heard but the sound of sobbing, spreading as if it were an infection. A distraught young girl was being comforted by a kind lady. The lady reminded the boy of his own mother, except that she looked worried, constantly looking round as if suspecting trouble. She opened the carriage door and gently persuaded the girl into the seat next to him, asking him to look after her, seeing as he was ‘such a sensible boy’. The girl continued to sob for a while but once the train was speeding on its journey, she settled into a sulky silence.
At times they stopped in the stations of big cities to refill the coal wagon or top up the water. In between, they rushed pell-mell through the countryside, a strange landscape that he did not know, cottages and hamlets scattering before their path, smoke swirling past the window of their carriage. The lady who had helped to put them on the train came back, offering sandwiches from a paper bag. They were dry and curling a little at the edges, but nonetheless welcome. The girl refused the sandwiches with a shake of her head. He wished that she would be a little more responsive when he tried to talk to her. His own sisters had always been good fun; he had never been able to stop them talking. But thinking about them was bringing hot tears to his eyes. He blinked them away and concentrated on the view from the window.
After several hours they stopped at another station. It was different here. The people on the platform were friendly and welcoming. They came into the carriages with cakes and sweets and drinks of hot chocolate and juice. This time the girl took some of the cake and a drink of juice. She still said very little but she seemed more comfortable with him, staring at the flat land that had now replaced the rolling countryside and scattered cottages.
The sea was stormy and rough, though it didn’t much bother him. Perhaps he had inherited his father’s strong stomach. He remembered his father once telling him that he had been a sailor a long time ago, though he hadn’t enlarged on his experiences. The girl was ill on this part of their journey. He held her forehead while she was sick, mopped her face and gave her sips of water once she was still. The kind lady came and sat by them, telling him how well he was looking after her. He could see now that the lady was a bit older than his mother and her hair was greyer, but her friendly smile made him feel better, just like his mother’s did.
When they disembarked, he looked around him eagerly. Maybe now they had reached where they were staying. Maybe now he would be shown the house where he would wait for his parents to join him. But no. They found themselves once more on a train – and then another. They slept through a second night and woke hungry. The lady came round again with sandwiches and water to drink. His companion was more receptive now, no doubt feeling better after her bout of seasickness.
As they munched on their sandwiches, the train began to slow and together they looked at the tall brick chimneys and blackened buildings of an approaching city. She asked where they were going. He didn’t know. She told him how much she was missing her mother and father. ‘Me too,’ he said and squeezed her hand. ‘But we will see them again soon.’
Author Bio ↓ 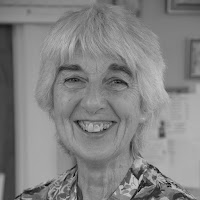 Born and brought up in the south of England, the eldest girl of nine children, Dee moved north to Yorkshire to study medicine. She remained there, working in well woman medicine and general practice and bringing up her three daughters. She retired slightly early at the end of 2003, in order to start writing, and wrote two books in the next three years. In 2007 she moved further north, to the beautiful Southern Uplands of Scotland. Here she fills her time with her three grandsons, helping in the local museum, the church and the school library, walking, gardening and reading. She writes historical fiction, poetry and more recently non-fiction. Occasionally she gets to compare notes with her youngest sister Sarah Flint who writes crime with blood-curdling descriptions which make Dee want to hide behind the settee.
FOLLOW ARIA ↓
Website: www.ariafiction.com
Twitter: @aria_fiction
Facebook: @ariafiction
Instagram: @ariafiction