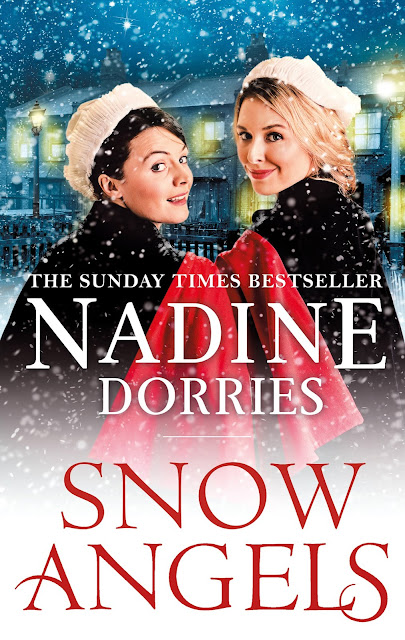 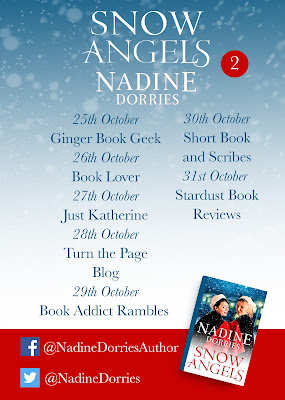 Blurb ↓
Spend Christmas with the nurses of St Angelus Hospital.
Christmas is coming, but will the doctors and nurses of St Angelus get a chance to enjoy it?
Sister Emily Haycock and her husband are anxiously counting the days until the signing of final adoption papers for their precious baby Louis. But someone has got it in for them and Emily is about to get caught out in a dangerous lie.
Nurse Victoria Baker is heavily pregnant. But as the snow begins to fall, has she made a big mistake about her dates and put the life of her unborn baby at risk?
And who is the figure obsessively watching St Angelus from the shadows? Or the mystery woman who turns up one dark, windy evening, begging for a room?
In Snow Angels only one thing is certain. Christmas will be anything but peaceful.
EXTRACT ↓
Malcolm would snort with derision. ‘Biddy is looking for an easier life, not to take on more work,’ he would reply, irritated by Melly’s suspicions of Biddy and left with the depressing thought that there was no one to take over, should anything happen to him. No kith or kin of his own to rely on, no legacy to leave … and in his heart, he sometimes wondered what the point was of everything he worked for. A question that had been quickly answered upon his return from the war. The seven-bedroomed Victorian family town house, next to the Silvestrian Public House on one side and the St Angelus hospital at the top of the road, had survived the war intact and it was very soon obvious, given the rapid increase in trade and activity down on the docks, where his new career path should lie. The parlour had been converted into a reception room which doubled up as his sitting and dining room. A hatch had been made in the wall and, from where he sat at his kitchen table come desk, he could clearly see who came in and out.
Outside, the sky had now darkened and the rain fell like twines of ice as it blew up the hill off the Mersey and pelted against the door of the ‘Seaman’s Stop’ bed and breakfast. The door knocker banged again, more forcefully, leaving him in no doubt that it was neither the wind nor Biddy – who would have tapped on the window by now, given that he had put the lamp on – and he would have to leave his pie. Malcolm sighed, laid down his knife and fork and, begrudgingly, rose from his seat.
‘I’m coming, give me a minute,’ he shouted as he tugged at the napkin that was neatly tucked inside his collar. He picked up the wire spectacles he had removed to avoid them steaming up as a part of his pre-pie ritual, and threaded each arm over his ears. His thick hair was dark and glistening with Brylcreem, worn in a short back and sides, and the only feature to make him stand out in the crowd was one missing tooth to the side of his mouth, his only war wound, courtesy of a nasty fall from a horse. As he made his way to the door, he pondered who it might be from his regular paying guests. There were two ships berthed overnight at the dock and another two due at the bar in the early hours, to be brought down by the tugs in the morning. He had eight seamen checked in who were all out on the town. He knew the tide table like the back of his own hand. The door knocked again, this time with more urgency.
Author Bio ↓