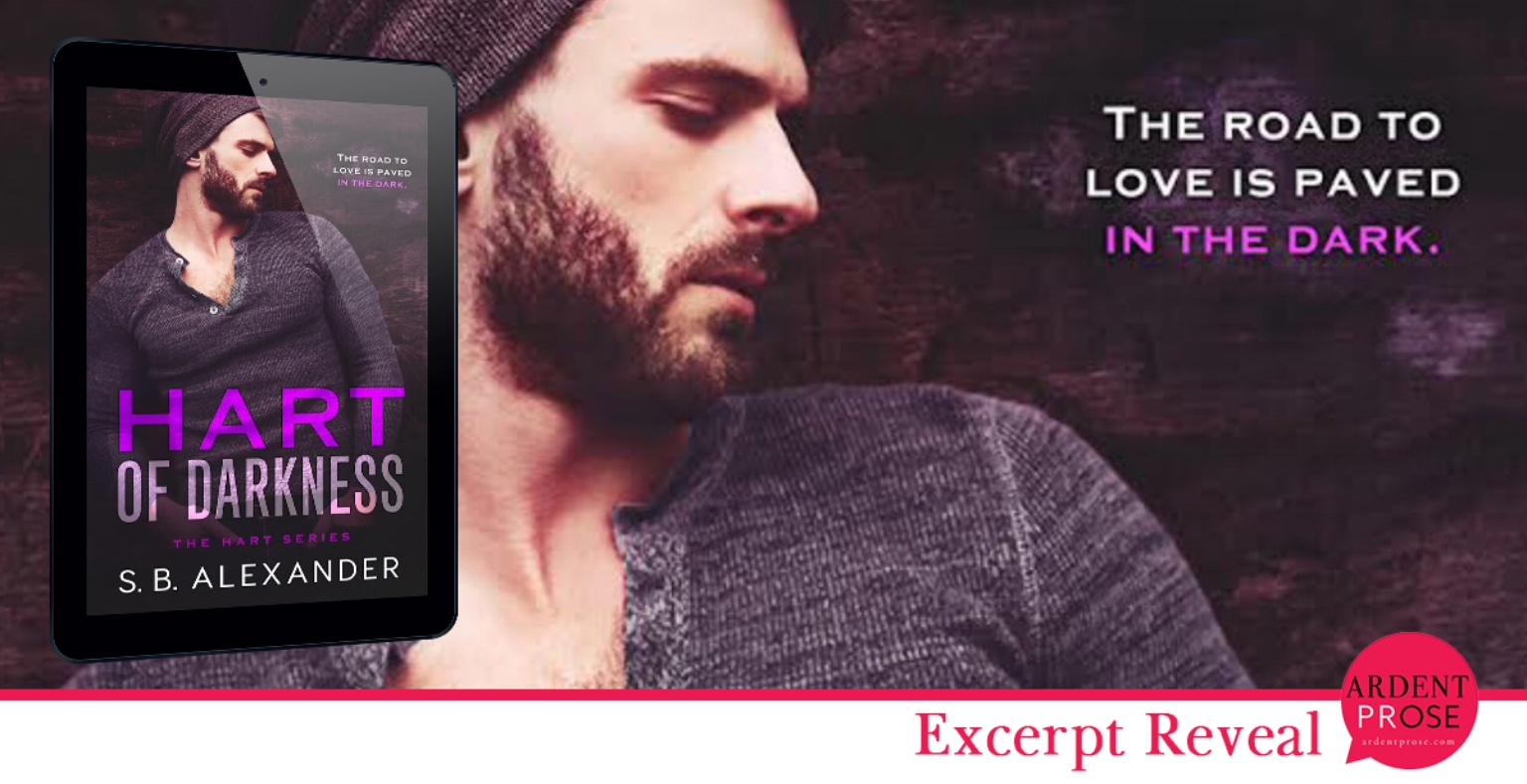 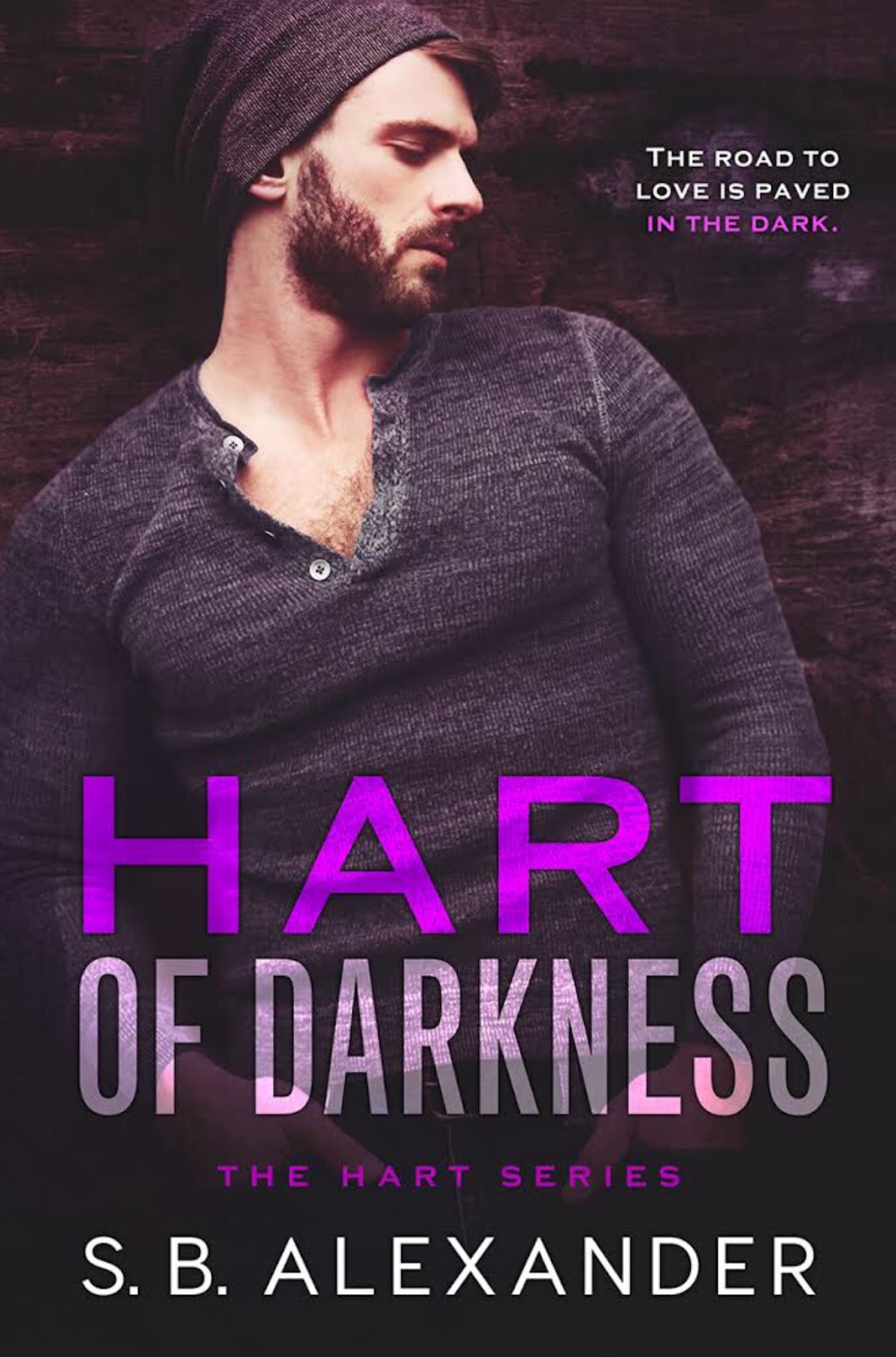 The road to love is paved in the dark.


Former gang member Dillon Hart abandoned the streets to join the US Merchant Marines. He feels his life is finally on track until he returns home to discover that his sixteen-year-old sister is missing. With his younger brother in jail and his older brother living a life of crime, it’s up to Dillon to find Grace. After four years of searching, a phone call from a morgue gives him a lead that he can’t pass up. Enlisting the help of a cutthroat reporter may be his only hope.


Crime reporter Maggie Marx has just the right mix of grit and sex appeal to get anything she wants, even the darkest stories on the street. Growing up in a gang, she had her fair share of setbacks and obstacles. When Dillon Hart seeks her help, she’s more than ready to take down the street's biggest enemy. Her actions could help her exact revenge or land her in the belly of the beast.


As Dillon and Maggie team up to search for Dillon’s sister, they aren’t prepared to find what lies ahead. One family is torn apart. Another is brought together. Hearts are shredded, secrets are uncovered, and love takes on a whole new meaning.

Dillon grinned, and when he did, tingles peppered my body.

Since when did I get tingles from a guy who smiled at me?

Since the hottest guy you’ve seen in quite some time is sitting across from you.

Dillon had a blank expression as his gaze roamed all over me, making those butterflies flutter endlessly. He was certainly better to look at than the ping-pong table. His chiseled biceps were yummy. The tats on his arms told a story, at least I assumed they did since he had the name Grace inked on his arm.

“You’ve got to let Cory go. Now get some rest.” Ted disconnected, killing the butterflies in my stomach.

I would get Cory if it took me forever.

I barely lowered the phone, when Dillon started in. “That was your cop friend?”

I yawned. The long day was hitting me all of a sudden, or more like my adrenaline was nonexistent now. “Ted Hughes.”

“As in Detective?” Dillon asked.

“You know him?” That would be weird… or cool… Actually, I didn’t know what I thought about that, although Ted was well-known in the city as the commander of the gang force.

“Eddie mentioned him. So are you saying that the guy who gave you your scar is the leader of the Black Knights?”

“I can’t prove it yet. I have a source who heard a rumor about Cory Calderon being connected to the Black Knights.”

Dillon threaded long fingers through his hair. In the soft light coming from the lamp next to him, I could see the exhaustion evident in his face. “As in Calderon Investments?”

I wanted to be those fingers. “You know Cory?” My heart sped from zero to a hundred in a flash. If he said he was good friends with the man, I might punch him.

“My financial advisor works for the company.”

Suddenly, I wasn’t tired anymore. “Who? Harold, the owner?” My mind was spinning like an out-of-control tornado. Maybe Dillon could introduce me to his contact, then I could pose as a client and do some investigative work. On second thought, that wouldn’t work. I didn’t have money to invest.

“Your mind is going crazy.” Dillon’s voice lowered my pulse a little.

Dillon was my age at twenty-six. I only knew that because I’d asked Lou about the Hart brothers. He’d given me the basics—ages, where they lived, and to stay away from them since they were rivals. We weren’t enemies anymore, and I wondered where Dillon had gotten enough money that he needed a financial advisor. Only old people had those, unless he was into drugs or another illegal business. My mind was diving into the deep, dark abyss with thoughts of sex trafficking and the idea of him opening a shelter. He’d asked me about my story earlier.

I shuddered a breath, playing with my scarf, a habit I had when I was nervous or thinking.

He gave me the same wolfish grin he had earlier. “I know what you’re thinking. The shelter is legit. I’m not into anything illegal like sex trafficking. I truly have made wise investments. And no, I don’t know Cory. I’ve never met his old man either.”

He spoke with sincerity and passion, erasing my morbid thoughts. I did believe him.

He wormed his way closer to me until we were almost thigh to thigh. “No need to be nervous.” He proceeded to remove my scarf, exposing my cleavage. I would’ve slapped his hand away, but his ocean-scented cologne was gluing me to him, and the gentle way he was untying my scarf gave me reason to pause. Probably because I was excited he was so close, whether I wanted to admit it or not.

I should’ve worn a high-neck shirt like I usually did. But I didn’t have any clean ones. The only shirts left in my wardrobe were V-necks.

He dragged a rough finger down the length of my scar, eliciting an array of tingles that chugged their way south as if they had a mind of their own. “This right here is part of who you are. Don’t hide it.”

My breathing ramped up. A man had never said a word about my scar except Ted, but he’d said something in a fatherly sort of way, not raspy and breathy like Dillon had. Then again, I didn’t like to show off my disfigurement. It prompted too many questions that only brought up the past.

Slowly, Dillon’s long lashes swept down across his strong cheekbones as his gaze fell to my lips. His hand was still on my scar, which meant it was very close to my cleavage.

“Battle scars are beautiful,” he rasped.

I jumped up, my pulse off the charts. This time, my excitement was vastly different than it was when I was thinking about sticking Cory in a jail cell. I’d come to the shelter to help someone in need, not have sex with the owner, although that wasn’t such a bad idea. What worried me, though, was my heart. I could fall for Dillon in a flash, and I wasn’t ready to go steady with anyone. Frankly, I didn’t know if I would ever settle down, at least not until I accomplished my mission of exacting my revenge on Cory.

Dillon chuckled, his deep timbre licking across my skin. “I’m sorry. I couldn’t help myself. You’re more beautiful than I remembered.”

Yikes! My throat was as dry as the Sahara Desert.

I moved to the ping-pong table. “Do you play?” Nothing like deflecting.

He stalked toward me with a sense of purpose as if he were planning to lay me out on top of the smooth green surface.

His mouth curled on one side. His hair was untamed and silky around his shoulders, and his swagger screamed that he knew how to handle a woman in bed.

I was tempted to hop up on the table and open my legs, but that wouldn’t be ladylike.

Dillon’s arm went around my side, and I froze as if I’d never been kissed by a boy before. Now that I thought about it, I’d never had a mind-blowing kiss that made my toes curl. Nevertheless, just when I thought he was going to pull me to him, he snagged a paddle off the table instead.

Images of him using that paddle on me only made me cross one leg over the other.

He edged back, examining the paddle as though he were looking for cracks. “My brothers and I played as kids.”

I let out a quiet sigh, thankful he didn’t kiss me or that our bodies didn’t touch. I wasn’t sure what I would’ve done. Scratch that, I was ready to rip my clothes off for him.

His biceps bunched as he rubbed a hand over the surface of the paddle.

Say something. “I heard your brother Denim is in jail.”

In a flash, Dillon was on the other side of the enormous table, not showing me his cards, so to speak. “I really don’t want to talk about my brother. I was hoping I could ask you about the sex-trafficking story.”

I was hoping I could ask you for one night of unadulterated passion.

He traded the paddle for his wallet. “My sister, Grace, went missing four years ago at the age of sixteen, but it’s been much longer than that since I’ve seen her.” He swaggered back and handed me her picture.

I studied the young girl but didn’t recognize her. When I’d been in a gang, I’d only heard of Grace but had never seen her.

“It’s a shot in the dark, but I thought that with the stories you work on, that maybe Grace Hart was one of those stories.”

If she had been, I would’ve remembered the name. Yet sometimes faces didn’t come with names other than Jane Doe.

His hand brushed mine. When it did, I freaking whimpered.

He cocked his head.

“She’s young.” My voice cracked as I studied the girl who resembled Dillon. She had warm brown eyes like he did, and her hair was a smidge lighter than his dark brown. I dipped back to some of the stories I’d done on girls of the night or even dead girls who’d had a sad story to tell. I couldn’t recall anyone resembling Grace.

Craning my neck to look up at him, I handed Dillon her photo as my heart severed at the misery that lived deep in his eyes.

I'm Susan Alexander, and you'll find my books under S.B. Alexander. A little about me. I've been writing since 2012 and started with writing all about vampires. After the second vampire book, I began to branch out in New Adult Romance. I love to read mostly all genres, and I'm always game to try something new. So I tested my hand at writing romantic suspense and just loved it. So you'll find I write in several different sub-genres of romance.


In between writing, I spend time with my soul mate of 20 years who got a bad deal in life. Three years ago he was diagnosed with ALS. It's a horrible disease, but we both have been making the best of life, laughing, smiling, and doing what we can together.


But writing is a great outlet for me to take my mind to another place. Plus, I have a great network of family, friends, fans, and so much more. I truly have an angel on my shoulder. My mantra is make the best of life because it's too darn short.