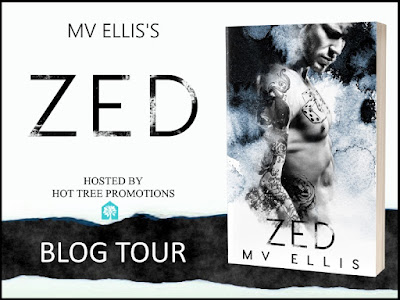 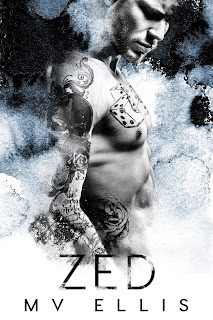 Secrets from his past have scarred his heart. Can he trust her enough to learn to love again?

In the eyes of the law, I’d atoned for the secrets of my past, but in my heart, I knew the debt I owed was too big to ever be repaid. I didn’t ask for forgiveness, because I knew I wasn’t worthy of it. Guilt weighed me down and scarred my heart.

If it wasn’t for my art, I’d probably be dead. The truth was, I had nothing else to live for. Or so I thought until Octavia Douglas came breezing unexpectedly into the picture.

Sexy, stubborn, and smart enough to know better than to throw her future away on a guy like me, Vivi made me question everything I thought I already knew. I suddenly craved the happy ever after I’d never dared dream of, and knew I didn’t deserve.

Kota put her head around the door of my office and rapped on the doorframe gently. “Knock knock.”
I looked up, took one look at her face and immediately realized there was a problem. “Hey, K, what’s up?”
She wrinkled her nose as though she’d smelled something bad.
“So there’s a ‘client’ in reception who I need your help with. He won’t listen to me, and if he carries on, I’m in danger of punching him in the dick. I decided it was best to call in the big guns before it got ugly. And being as you’re the biggest of the big….” She winked coyly, faux flirting with me, even though we both knew she was doing no such thing. We also knew she didn’t need to in order to get me to do what she wanted. I loved her like a sister—my heart twanged painfully at the thought, as always—and I’d do pretty much anything she needed me to do, in any given circumstance, no questions asked.
I looked over at the monitor that showed me the reception area—there was a camera in every treatment room, also—and squinted a little, analyzing the grainy black-and-white image.
“Is that a kid? Looks like he’s wearing a school uniform.”
She rolled her eyes, popping her gum impatiently.
“Yeah, it is. And he is. And get this. It’s not just any school uniform. Nope, it’s none other than St. Joseph’s.”
“As in St. Joseph’s Academy?” Of course. I should have fucking known. I couldn’t see the crest on the blazer properly in the poor-quality image, but I ought to have recognized the stripes and trims—they’d featured in enough of my nightmares, both asleep and awake, to have permanently imprinted themselves on my psyche.
“The very same. He’s like a baby, and I thi—”
I was out of my seat and marching toward the reception area before she had a chance to finish her sentence. I stormed into the room, practically stomping up to the lone client. Kota scampered behind me, desperately trying to keep in step. I pulled up abruptly and she skidded into my back with an “Oomph.”
“Can I help you?” I didn’t want to be rude, but on the other hand, I didn’t want to be too welcoming, either. Anything even remotely connected to St. Joseph’s made my skin crawl right off the bat.
Mr. St. J’s looked at me with watery blue eyes that seemed to be having trouble focusing. What the fuck? Just as Kota had said, he was young—sixteen, seventeen maybe? Looking at him, I was struck by a strong sense of déjà vu. That feeling and the overwhelming stench of Southern Comfort emanating from his every pore went straight to my gut. SoCo had been the first liquor I ever got sauced on, when I was younger than the little punk standing in front of me. Now it made me want to gag whenever I got even the merest whiff of it.
“Yeah, acshully, you can. I want a tatt of this guy on my asssshh.” He thrust a crumpled photo into my hand. I looked at it. A mostly blond early middle-aged man who seemed vaguely familiar glared out at me. I bit the inside of my cheek to keep the laughter that was threatening to spill out in check.
Oh hell no. Not today, Satan.
“Well given that you’re clearly underage, and under the influence, that is the definition of not gonna happen. The door’s that way.” I nodded toward the front of the store.
“See ya, kid.” I nodded again, turned on my heel and started making my way back to my office.
“Why not, man? I haaaaaaave money. Look.” His voice came out in a sharp burst, like machine gun fire, and probably louder than he’d intended. He jumped a little in surprise.
Christ, he’s fucked up.
He rummaged desperately in the front pocket of his leather backpack and retrieved a handful of scrunched bills. Large bills. The action messed with his balance, and as he made his way toward me, every step seemed more unstable than the last. He thrust the money at me, but I stood still, looking at it as though he was clutching poisonous spiders rather than a considerable amount of cash.
“Here, look seeee.” At another time or place, the slurring might have been kind of funny, but right then it spelled a Class-B misdemeanor, and with my history, up to a year’s jail time. I wanted the kid out of there, stat. Rumpled greens and all.
“I see that, but your money’s no good here, so I suggest you call Mom, Dad, the driver, or the au pair and have someone come get your drunk and/or high ass, because I’ll be tattooing you just after I put a piercing through Satan’s scrotum. So beat it.” Obviously any pretense of manners had flown out the window on one of the kid’s bourbon-infused drunken hiccups. 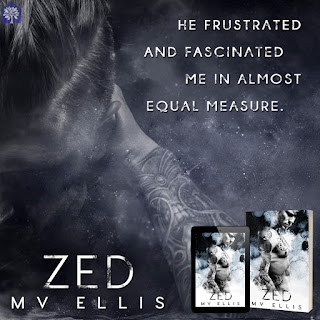 MV ELLIS knows what it’s like to fall head over heels in love with a badass musician. She followed her heart halfway around the world to be with one. She moved from London to Sydney after a steamy holiday romance with a sexy bass player in sultry Brazil.

Twelve years, two children and a dog later, and she’s still smitten. All this with a guy she sat next to on a bus for 36 hours! She has toured internationally as a “WAG,” and her experiences inspire her writing.
Ellis’s love of romance began when she was 11 years old, after a summer spent secretly reading her auntie’s books. She’s been a sucker for an alpha hero and strong heroine ever since.

An avid reader, Ellis always knew she’d write a book of her own one day. She was right about that. Following a career spanning advertising, marketing, and social media, she finally wrote Catching London in 2017.