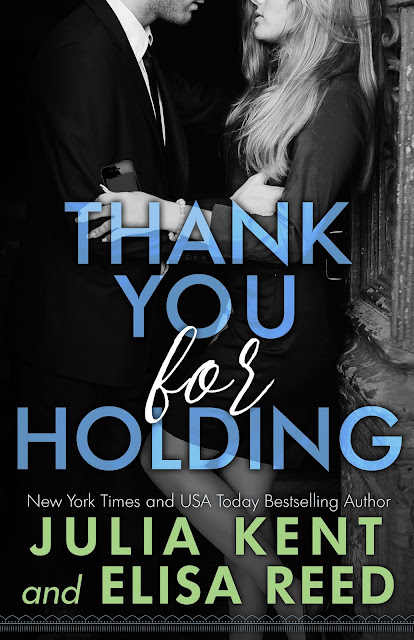 Having it all is a fantasy, right?

Carrie Shelton thought her boyfriend was too good to be true. Her best friend's brother? A guy who loved antiquing? Who cuddled on the couch while watching foodie YouTube clips and talking about artisanal spices? Who helped her accessorize her outfits?

So when he ran off with Kevin, the owner of an antique shop, right before his sister’s wedding, Carrie’s life went from fantasy to nightmare.

As maid of honor, she can’t back out of the wedding. And her ex is the best man - but now he has his own best man.

She needs a date. Stat.

Enter Ryan. Sure, he’s a hot male stripper at the O Spa where she works as junior designer, but he’s a few years younger and just, you know -- a friend.

Perfect. She needs a friend more than she needs a boyfriend.

A weekend of playing her boyfriend so she can save face is a lot to ask, but for some reason Carrie doesn't understand, Ryan's all in. Enthusiastic, even.

Especially when it comes to physical displays of affection.

Because if Ryan's just pretending he's in love with her, then why does the chemistry between them -- and between the sheets -- feel so real?

Carrie can't settle for almost, though. She's already done that. She's not putting her life on hold anymore.

Turns out Ryan won't, either.

He's holding out for more.

Thank You For Holding is a STANDALONE in the On Hold series. You do not need to have read book 1 in the series, but after reading about Carrie and Ryan’s friends-to-lovers adventure, you’ll want to. ;) 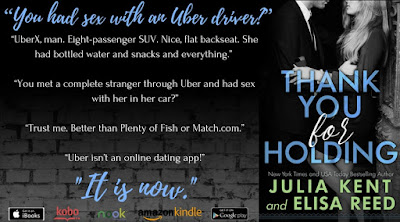 “How’s Jamey doing?” I ask. I don’t give a rat’s ass about him. Talking about anything that will deflate my ever-growing boner is my goal. Think about Donald Trump. Hillary Clinton. Ken Bone. Betty White.

“Jamey is so sweet!” Carrie gets that weird look again. Her eyes fill with a mild form of panic, which fades quickly, leaving her chewing on a pen cap. “He got us tickets for a holiday concert and just stopped by with my favorite coffee.”

“Nice. But every guy should do that for the person they’re dating.”

“Like you know anything about dating,” she lobs back at me. “You haven’t had a girlfriend since I met you.” She walks into her cubicle and nods for me to follow.

My heart just got decimated by a SCUD missile. I can’t look at her. I follow, then pick up one of the metal balls on her Newton’s Cradle and let it clack against the others. The force shoves the ball on the other end to strike out in an arc.

She snorts. “Yeah, I know. Why settle for one woman when you can have a taste of so many?”

I’m not sure when she got the idea that I’m some kind of playboy Casanova manwhore. That’s Zeke. But no matter what I tell her, she doesn’t believe me.

“Right.” Our eyes meet and I can’t breathe. You spend years pretending and hiding your feelings and when those little slivers, fractions of time that don’t show up on a clock, protrude through your facade, you take them as they are. 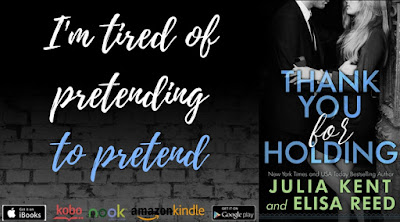 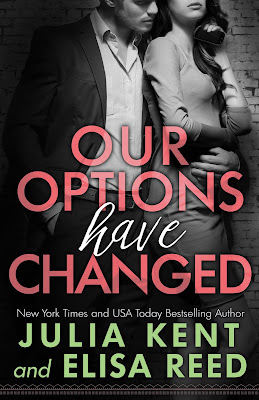 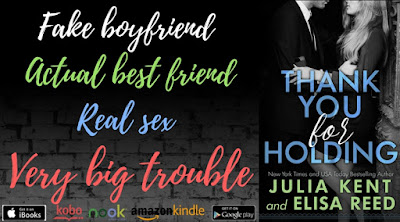 New York Times and USA Today Bestselling Author Julia Kent writes romantic comedy with an edge. From billionaires to BBWs to new adult rock stars, Julia finds a sensual, goofy joy in every contemporary romance she writes. Unlike Shannon from Shopping for a Billionaire, she did not meet her husband after dropping her phone in a men's room toilet (and he isn't a billionaire). She lives in New England with her husband and three sons in a household where the toilet seat is never, ever, down.


Elisa Reed is a journalist-turned-fiction-writer whose snappy, irreverent prose combines with an irrepressible zest for the simpler, and often intimate, pleasures of life to produce fun(ny) contemporary romance with a focus on second chances. New England born and bred, Elisa Reed now lives, writes, and plays in New Orleans and along the sugar sands of the Gulf Coast.