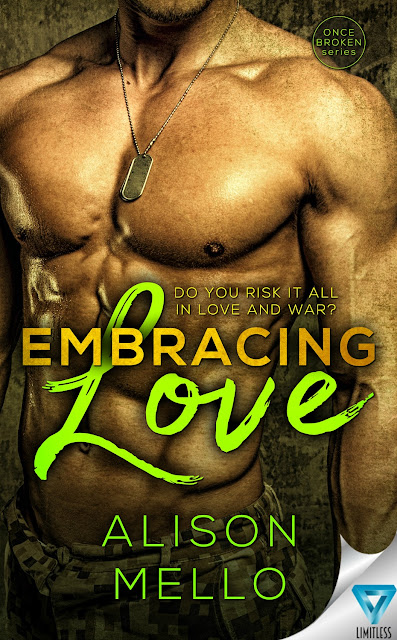 McKenzie McCormick moved back home for one reason only, and falling for a soldier isn’t it…
Fort Stewart is only a few miles away, which means her hometown has its fair share of soldiers. But Kenzie chooses to steer clear of them, as she still struggles to cope with the grief of losing her father to war. All she wants to do is help her aunt take care of her ill grandmother—until a gorgeous green-eyed Army Captain moves back into town.
The last thing Captain Remington Bennett expects to find is a pretty brunette while out on his morning run…
Intrigued by the woman he passes almost every morning, Remy is determined to get to know the brown-eyed beauty. Kenzie is reluctant to get too close, but his persistence in pursuing her slowly breaks down her defenses, turning what started out as nothing more than a nod and a shy smile into something neither of them could have predicted.
War has already taken too much from her, and Kenzie can’t afford to lose her heart to a soldier…
Even though the mutual attraction becomes too strong to ignore, Kenzie keeps fighting her feelings for the handsome Captain. But when Remy is called out on a mission and she’s faced with the possibility he might not come back, Kenzie realizes she may have let her only chance at love slip through her fingers.
Now that Kenzie is finally ready to embrace love with the kind of man she has spent her entire life avoiding, it might just be too late… 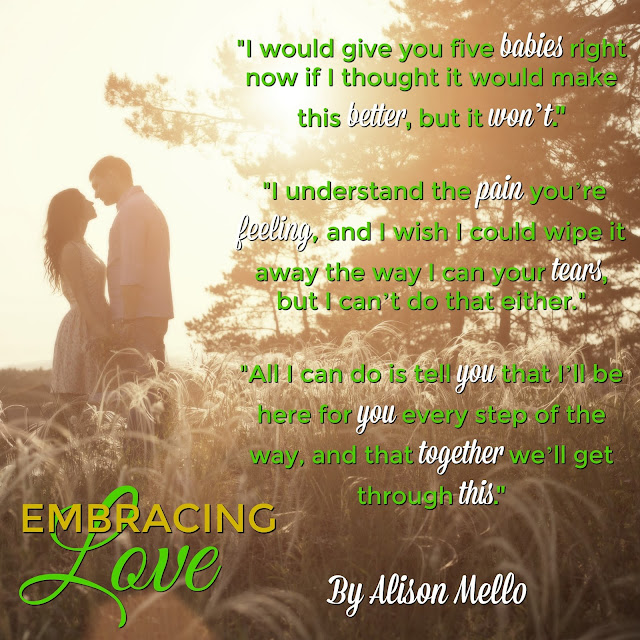 Alison has been writing for over a year now. Her debut book Finding Love (October 2015) was published by Siren Publishing. Her following books Needing Your Love (November 2015), Found My Love (December 2015), and Fighting for Love (January 2016) were also published with Siren to finish the Learning to Love series.

Her desire to see her books on shelves led to her next work Chasing Dreams (April 2015) She submitted it for publication with Limitless Publishing and was thrilled that it was quickly accepted. Excited to reach that goal, she moved on to the next series she had in mind and wrote Saved By a Soldier (June 2016), My Broken Soldier (July 2016), Forever My Soldier (August 2016), and A Soldier for Bella (September 2016).

Alison enjoyed reading as a child and found her passion for it again in 2011 when E.L. James’ Fifty Shades of Grey was released. Her love of reading was re-ignited and she continued reading other books in the same genre. In the summer of 2015, she decided to give writing a try and two weeks later Finding Love was born. As soon as she finished the first book, she began writing the second book in the series. Her third book was finished by the time Finding Love had been accepted for publication. Alison discovered she has a passion for writing and has spent the last year meeting new readers and sharing the love she has for writing.

Married to her own real life hero, Alison lives with her amazing family in Massachusetts where she was born and raised. She loves having her own personal inspiration right at home and when she’s not writing she enjoys playing soccer, basketball, and football with her son.