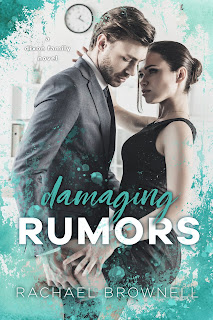 Blurb:
Damaging Rumors - A Dixon Family Novel
My new boss should come with a warning label. He’s hotheaded, demanding, and sexy as sin. A recipe for trouble when your current relationship is on the rocks.
Determined to ignore my growing attraction to him, I keep my head down and attempt to focus on my work. Until one steamy moment in the elevator makes me reconsider everything I believe in.
When long days start turning into late nights, rumors begin to spread about our sudden romantic relationship. Everyone loves to hear the latest office gossip but no one cares if the rumors are true.
Until they’re at the center of them. 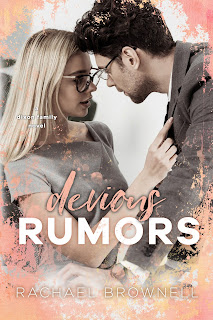 Blurb:
Devious Rumors - A Dixon Family Novel
Single.
People make it sound like it’s a bad thing. When you’ve been in a relationship that almost destroyed you, being single is a gift. You’ve been given your freedom back. You learn to love yourself again.
The moment that happens, when you finally allow yourself to feel worth of love, someone amazing walks in your life and makes you want to throw caution to the wind. And for this man… that’s exactly what I would do.
Of course, it couldn’t be easy. My past has to walk back into my life, my job, and make me question everything, especially my worth.
Rumors begin to fly around the office causing tension in my new relationship. The people who really know me know the truth, but the gossip is more interesting. 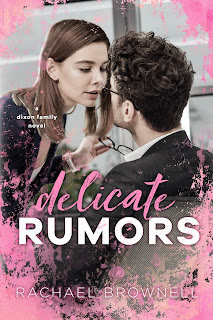 Blurb:
Delicate Rumors - A Dixon Family Novel
I fell in love with Angela the moment I laid eyes on her. Right after she almost ran me off the road. She was on fire that day, a woman on a mission, and nothing was going to stop her.
That fire burns between us now and I can’t imagine not having her in my life. Proposing felt right. Living together has been amazing. Everything is perfect… until I hear the gossip circulating around the office.
I know better than to listen to the rumors but as our wedding approaches, I can’t help but wonder if there’s any truth to them. 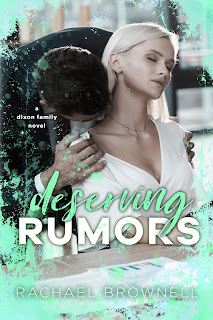 Blurb:
Deserving Rumors - A Dixon Family Novel
It was supposed to be one night.
After watching Ryder fawn all over his new skank, I needed more than booze to help me forget what I’d lost. What I’d thrown away.
I should have known better than to get involved with another one of the Dixon brothers clan. Their friends are like family and the Dixon family doesn’t keep secrets from each other.
So when one night turned into a week spent rolling around in the sheets, I knew I was in trouble.
Everyone would find out what I’d done. They’d be able to see through my thick facade.
Rumors will fly. Unless… maybe I can spin the truth. 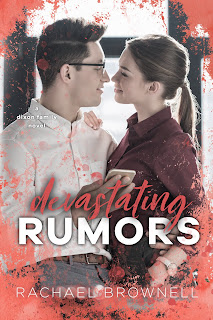 Blurb:
Devastating Rumors - A Dixon Family Novel
After listening to Angela and Tyler vow to love each other unconditionally, I’ve decided it’s time to focus all my love on the one person who’s stood by my side through everything.
We were happy once and we can be happy again.
After we got married, before the emotional strain of not being able to get pregnant weighed us down, Hunter and I were living a dream.
So that’s what we’re going to do. Get remarried. Get back to the people we once were.
Easy, right?
It would be if his staff kept their opinions to themselves and their mouths shut. I’ve always dismissed the office gossip… it’s different now that I’m at the center of it. 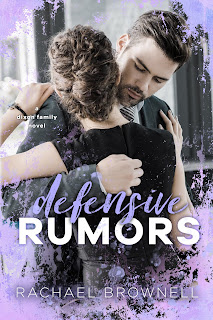 Defensive Rumors - A Dixon Family Novel
I’m a horrible person.
Who goes to a wedding with one date and leaves with another?
Me, that’s who. Hence why I’m a horrible person.
I wasn’t the only one leaving my date behind that night, though.
Maybe that’s why I’m attracted to Zane. He’s irritating to the point I want to strangle him. He refuses to apologize for being himself. He’s rude and brash and so damn sexy.
The moment I saw him I knew he was trouble. When he laid the challenge on the table, I should have run.
In a way I did. I ran straight into his arms and latched on to his lips.
It was a moment of weakness. Of lust. Of pure passion.
A moment I’m sure the rumor mill would have a field day with. The problem is, no one’s saying anything. 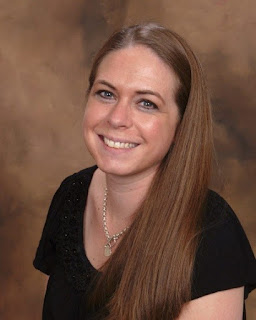