~*BLOG TOUR*~ Take A Look At Me Now by Kendra Smith 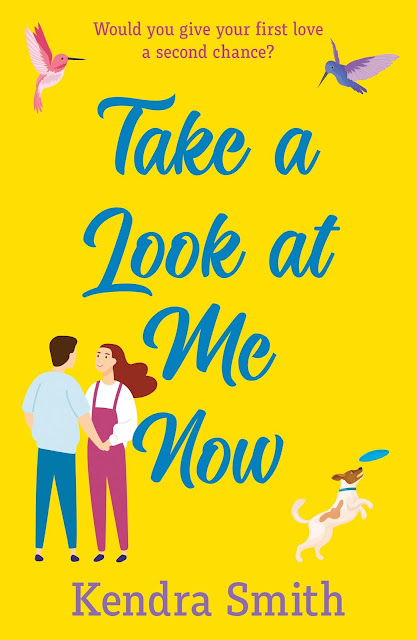 Add to #Goodreads TBR ↓
https://bit.ly/3ap4kkJ
#BuyLinks ↓
Amazon US: https://amzn.to/2xDkM3v
Amazon UK: https://amzn.to/2UlhdaL
iBooks: https://apple.co/38KcMuT
Kobo: https://bit.ly/2wyHtF2
Google Play: https://bit.ly/2T76A9I
Blurb ↓
Out with the old...
Maddie Brown has spent most of her life putting everyone else's needs above her own. But with her marriage crumbling and her nest scarily empty, she realises it may be time to spread her own wings and fly.
In with the... ex?
At a university reunion, Maddie meets Greg. He was the love of her life – and the one that got away. Some things never change, and neither of them can deny the feelings that linger between them. But there are so many reasons they can't be together... not least the massive secret she has been keeping from him all these years.
Maddie is SO ready for a brand new start. But what do you do when the past just won't stay in the past? 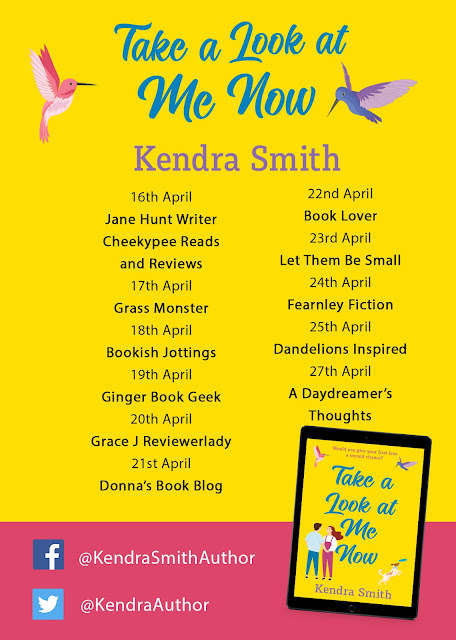 EXTRACT ↓
They sat at separate tables. Maddie picked at her food and allowed her glass to be refilled several times, and eventually emerged from the fuggy hall, where the fog of drinks, steam and aromas of the four-course dinner came up against the sharp evening wind outside.
It was dusky, the horizon swallowing up the smear of crimson streaked across it, like a watercolour painting turning dark at the edges. Maddie looked around as she inhaled the air heavy with the scent of honeysuckle. She could see him standing at the bottom of the steps, his face glowing in the eerie white light of his mobile phone. Then he was taking a call, his shoulders hunched over. She pulled back and waited by the doorway, unsure of her place.
She swayed slightly on her heels, knowing she’d had too many drinks. Whatever the conversation was, it was heated. He was gesturing with his free hand towards the grass, as if conducting his own private, invisible orchestra. After a minute, he spun around and jammed his phone in his pocket. Then he saw her, walking slowly down the steps. She pulled her wrap around her shoulders tightly as she got to him.
‘I have to go,’ he muttered, and jerked his head to the left.
Like the last time, Greg? she wanted to ask. But instead she calmed the butterflies in her stomach, as the wave of emotion overwhelmed her and forced a smile. Theirs was a story from the past.
They used to miss lectures on a Friday as they both only had one – they’d stay in bed most of the day. He’d wander around her tiny bedsit in not much more than a towel tied around his waist after a scalding-hot shower. In fact, she realised with a shudder, that’s what she missed the most: the easy intimacy. He used to wash her hair sometimes, with gentle hands on her scalp, circling the back of her neck with his strong thumbs. He’d sit her down in front of the basin and gently wet it all, pour over shampoo then put on honey-scented conditioner and comb it through.
It was wonderful and so relaxing. Sometimes it had led to something more… but normally he’d wrap her hair in a towel and they’d sit, watching her tiny TV, and she’d feel like the luckiest girl in the world. And now, here he was, in a dinner jacket and black tie, standing right next to her. Stony-faced. She bit her lip, tasted the blood, so she could focus on the present.
And with that he walked briskly away.
She watched him. Watched as he strode across the concrete courtyard, heels clicking, like he did all those years ago. Perhaps she’d been stupid to come, to open up all those old wounds again. She folded her arms across her chest and shivered.
‘Maddie!’ It was Ellie, weaving her way towards her in purple slingbacks, clipping on the hard surface. ‘There you are! C’mon, we’re all going to the Student Union bar for Snakebites! Maddie, c’mon!’ Ellie had stopped by one of the pillars and was fiddling with her shoes.
‘Looks like you need some help with your footwear!’ She took Ellie by the arm as they made their – slightly wobbly – way to the bar.
As she licked the traces of blood from her lips, she was thankful that at least it would take her mind off the nagging question that was building up in her mind.
Author Bio ↓ 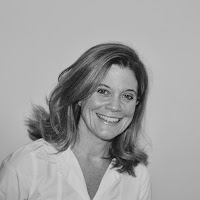 Kendra Smith has been a journalist, wife, mother, aerobics teacher, qualified diver and very bad cake baker. She started her career in Sydney selling advertising space but quickly made the leap to editorial - and went on to work on several women’s magazines in both Sydney and London. With dual Australian-British nationality, she currently lives in Surrey with her husband and three children.
Author Links ↓
Facebook: @KendraAuthor
Twitter: @kendrasmithauthor
Website: www.kendrasmith.co.uk
FOLLOW ARIA ↓
Website: www.ariafiction.com
Twitter: @aria_fiction
Facebook: @ariafiction