~*RELEASE BLITZ*~ Death in her Eyes by Erin Bedford 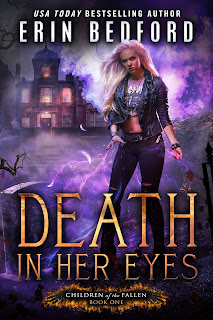 Since she was four, Elle’s life has been nothing but pain and death, so it’s not surprising she ended up jaded.
When Elle’s absentee father kidnaps her from her own mother’s funeral, Elle is forcefully enrolled into Fallen Academy, a school for nephilim like herself.
Mind readers, seers, and elementals? Finally, Elle is with other freaks like herself.
Except, Elle soon finds that even surrounded by her own kind, she might just be too different to fit in.

Will Elle find her place among the other children of the fallen? Or does her father have plans of his
own? 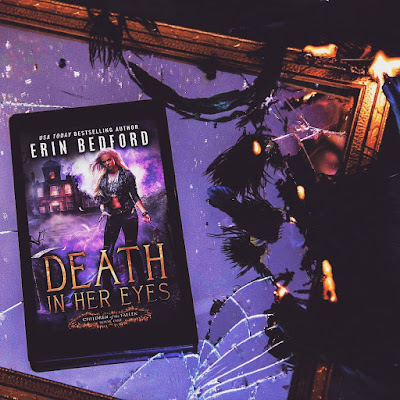 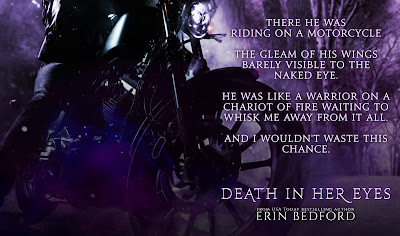 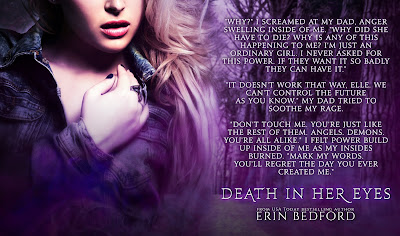 Erin Bedford is an otaku, recovering coffee addict, and Legend of Zelda fanatic. Her brain is so full of stories that need to be told that she must get them out or explode into a million screaming chibis. Obsessed with fairy tales and bad boys, she hasn't found a story she can't twist to match her deviant mind full of innuendos, snarky humor, and dream guys.
On the outside, she's a work from home mom and bookbinger. One the inside, she's a thirteen-year-old boy screaming to get out and tell you the pervy joke they found online. As an ex-computer programmer, she dreams of one day combining her love for writing and college credits to make the ultimate video game!
Until then, when she's not writing, Erin is devouring as many books as possible on her quest to have the biggest book gut of all time. She's written over thirty books, ranging from paranormal romance, urban fantasy, and even scifi romance.