~*BLOG TOUR*~ Death of a Mermaid by Lesley Thomson 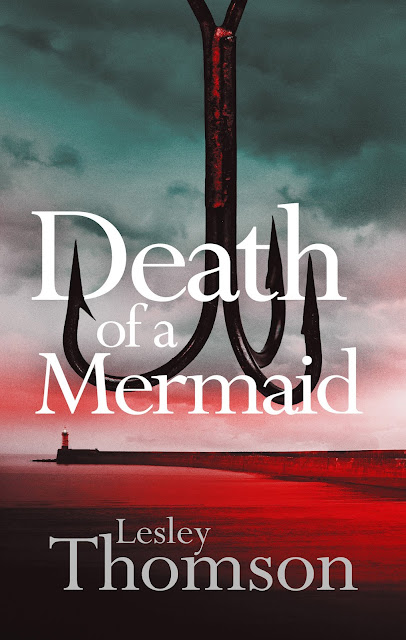 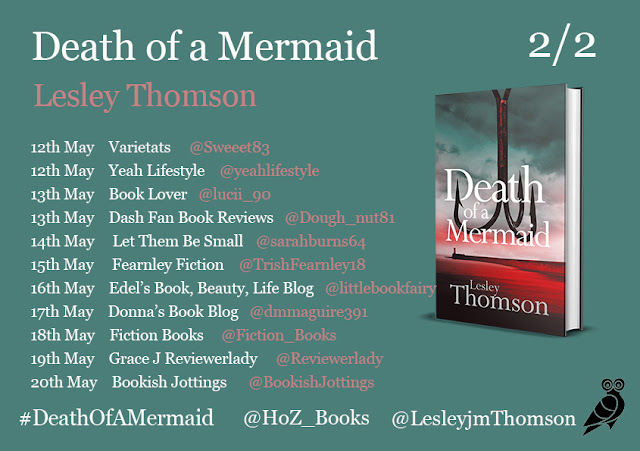 Blurb ↓
Freddy left her childhood home in Newhaven twenty-two years ago and swore never to return. But now her parents are dead, and she's back in her hometown to help her brothers manage the family fishmonger. Nothing here has changed: the stink of fish coming up from the marshes; the shopping trolleys half-buried by muddy tides; the neighbours sniffing for a new piece of gossip.
It's not what Freddy would have chosen, but at least while she's here she'll get to see her childhood best friends, Toni and Pauline. At school, the three of them were inseparable. The teachers called them the Mermaids for their obsession with the sea, and with each other.
Then Pauline goes missing, and Freddy must decide. Go back to her new life, or stay and find her friend?
EXTRACT ↓
The call came in at half past nine. Toni, still working, was spell-checking her report on Newhaven’s latest window-smashing spree and picturing her bed.
Uniform had been first on the scene. Answering a 999 from a dog walker. The man reported a bunch of boy-racers ‘doing silly buggers’ on West Beach. The patrol had found a vehicle crushed against a concrete block. The bunch of kids was just two. A boy and a girl trapped inside the wreckage.
The beach was a desolate reminder of cheery seaside days. A disused refreshment kiosk weighted down by layers of tagging. Tracts of concrete were all that was left of the line of light blue beach huts that had long ago succumbed to fire or were demolished for the drug dens they had become.
Sirens wailed from across the Downs, and the emergency vehicles fanned out. Two fire engines, the patrol car and a plain-wrap mortuary van if the kids didn’t make it to A and E.
The cold air reeked of petrol fumes, and dark viscous liquid pooled around the front wheels. The ground glittered with glass. The Ford’s bonnet was crumpled like a discarded crisp packet. Through cracks in the windscreen, the shadowing shapes of airbags ballooned over the dashboard like the take-home vestiges of a party.
The plate told Toni the Ford – the Grand C-MPV model was brand new. 1.5 EcoBoost, titanium x, four spoke leather steering wheel with silver accents. A couple of months earlier she’d test driven a black version before opting for a second-hand Jeep Renegade. Ricky liked that she was a woman who knew her cars.
To Toni the damage suggested that the Ford had somersaulted, righted itself then slammed into an anti-tank concrete block meant for the Germans.
Gloving up, Toni ducked under the tape. She felt a flicker of relief to see the liquid was oil. Not that anyone was off the hook, the incident was still deadly. She stopped short. A boy’s face was pressed against the driver’s side window. Jesus, he still had acne. What was he doing in a hi-spec motor?
‘My initial inspection of tyre marks indicates a swerve as if the vehicle avoided an obstacle.’ The PC’s face was ashen as if someone had turned off his life support, and he was remodelling his gelled hair in the style of Stan Laurel as he talked. ‘It’s odd, though, ma’am.’ He hiccupped and looked briefly panicked. Poor sod, it was probably his first fatality.
‘What’s odd?’ Toni knew his face, she scanned for his name. She knew Uniform had a shit job, and she always tried to give them the respect they deserved.
‘Swerved into the buffer. Like it was deliberate.’ The PC pointed at the block, less a buffer than a bloody great full stop.
Author Bio ↓ 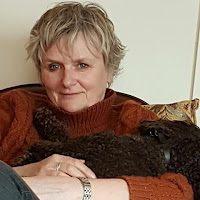 Lesley Thomson grew up in west London. Her first novel, A Kind of Vanishing, won the People's Book Prize in 2010. Her second novel, The Detective's Daughter, was a number 1 bestseller and sold over 500,000 copies. Visit her website at
Author Links ↓
Website: www.lesleythomson.com
Twitter: @LesleyjmThomson