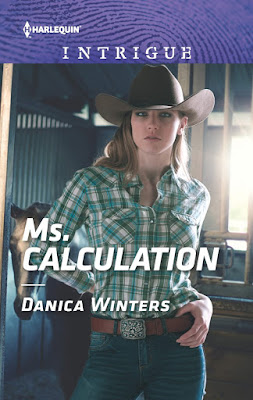 Welcome to Mystery, Montana, a small town with dark secrets…

The body found in the Dunrovin Ranch stables isn’t just a crisis for Wyatt Fitzgerald’s family or his top priority as sheriff—Gwen Johansen is both the victim’s sister…and Wyatt’s ex. And in a small town like Mystery, events of the past don’t seem to fade. Maybe she’d misjudged his potential when they were younger, but now he could be her greatest ally—and not just in the investigation. That is, if he can work his way around a broken heart. With the killer circling, the clock is counting down on more than Christmas, a time when family means everything and forgiveness is the best gift of all.

Something was wrong.
The store was a mess. The glass teapot, the one he had noticed the day before was on the floor, shattered into pieces. Beside it was a bloody handprint.
It felt like the world was collapsing around him. He glanced back at Gwen. She didn’t need to see this, but he couldn’t keep her from the truth…or what they might find if they went into the shop. He needed to get in, clear the building and get help if there was someone hurt inside. And yet, he had promised himself he wouldn’t let her be alone again.
“Gwen…” he said, turning around to face her.
“What’s wrong?” she asked. All the playfulness she had been exuding disappeared.
“I need to go in there. Something’s happened.”
“To Monica?”
He shrugged. “I can’t be sure until I look.”
“What do you want me to do?”
He could make her wait in the car, but just because she was in his car didn’t mean she’d be entirely safe. Whoever was gunning for her had to be someone they both knew, someone close to them, and it was likely someone who could lure her out.
He couldn’t risk it. 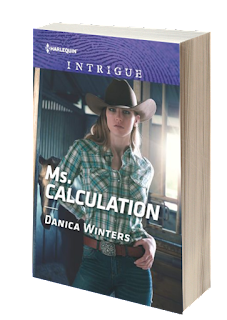 Danica Winters is a Nielsen BookScan and an Amazon bestselling author who has won multiple awards for writing books that grip readers with their ability to drive emotion through suspense and occasionally a touch of magic. Most recently, Danica was the winner of the Paranormal Romance Guild’s Paranormal Romantic Suspense Book of the Year Award and Chanticleer Media’s Paranormal Book of the Year for her novel Montana Mustangs.

When she’s not working, she can be found in the wilds of Montana testing her patience while she tries to understand the allure of various crafts (quilting, pottery, and painting are not her thing).  She always believes the cup is neither half full nor half empty, but it better be filled with wine.