ABOUT THE BOOK: When you’re a witch in a kingdom of Elves, there’s bound to be conflict…

Eliza Rose finds herself in a world full of Elves—the very creatures she is sworn to kill. To make matters worse, she is forced to slay her own mother. But one question remains. Why was her mother in such a horrid place to begin with?
Eliza and Donovan cannot face the dangers of Ellevil alone…

When the Elf, Christian, meets Eliza for the first time, he knows he must have her. As a master of manipulation, he will do anything he can to get his way.

Donovan has left his old gang life behind. In his journeys with Eliza, he has seen her talents as an assassin bloom. He wants what is best for her, and he is certain that Christian is anything but.

In a land of pure beings called Mystics, not all of them are what they seem…

When Eliza falls in love with Christian, only Donovan knows the Elf can’t be trusted. Christian manipulates the myth within her to come forth, and Eliza’s hidden power is unleashed, bringing her true nature to light.

Answers might be found in the fairy and mermaid kingdoms…

To discover why Eliza’s mother was in Ellevil, Eliza and Christian must embark on a journey to the fairy and mermaid kingdoms. As challenges continue to unfold, Eliza is forced to choose between her hidden power and the witch she truly is. Eliza Rose must unlock her hidden power in order to survive, but time is running out.

Corruption may overcome her—the same way it consumed her mother.

AUTHOR BIO: Michael Weekly is a professional writer known for his ability to construct detailed, believable worlds and then to inject them with captivating stories and relatable characters. His big break came three years ago when he started writing on a site called Wattpad. Prior to that, he had written mainly as a hobby and as an exercise in relaxation and meditation, using writing as an escape out of the world and into his own mind.

Writing in the genres of Urban Fantasy, Dystopian YA, and NA, Michael is the author of Mystical, which has earned a ton of positive feedback. Mystical was picked up by Limitless Publishing in 2015, and since then, Michael has been working on additional entries to the series.

When he is not writing, Michael also enjoys playing video games such as League of Legends and World of Warcraft. He enjoys being a shopaholic and a professional foodie. He lives in Virginia with his imaginary fury companion CoCo, where the two live happily.
MYSTICAL BOOK 1 IS ON SALE FOR .99 CENTS!!!
MYTHICAL RELEASES JUNE 7th!! REVIEW COPIES ARE AVAILABLE.
PRE ORDER MYTHICAL: http://amzn.to/25mpg4e 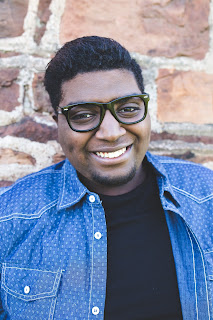 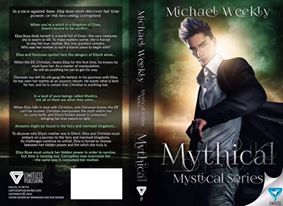 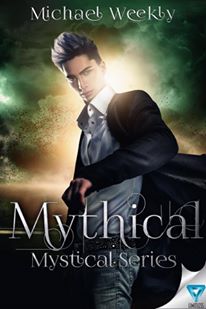