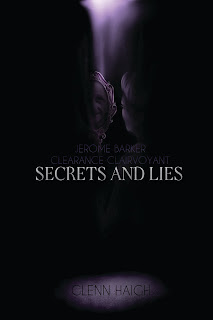 Book one: Secrets and Lies Jerome Barker has always been able to see the dead. In Secrets and Lies he takes on three cases in the hope of clearing the ghosts that plague the living so that they (the ghosts and the living) can all move on. Case one involves Shirley and Michael who are disturbed by the presence of an aggressive male spirit who is searching to avenge his death. As a result their converted milking barn is far less peaceful than the tranquil retirement retreat they had hoped for. Case two involves Tara the convicted murderess and arsonist. After serving ten years in prison for her heinous crime she is plagued by the ghosts of three women who are determined to convey their crucial message. Case three involves Samantha who is a young and pretty English Literature student who harbours a shocking secret. She insists that her parents must forget the son they lost so that she can move on but he has other ideas. As well as the demons of his clients, Jerome also has his own to contend with - mainly in the shape of his dad, his brother and his brother’s best friend. The only people in his corner is his mum and his aunty Fern but for how long? Can Jerome solve the dilemmas of every ghost and the living people they plague? And, at what cost to himself and his family? 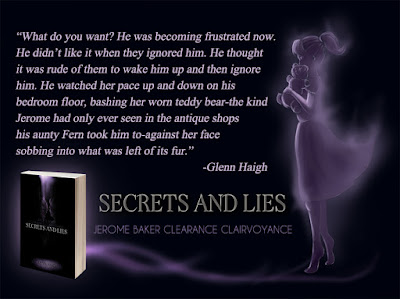 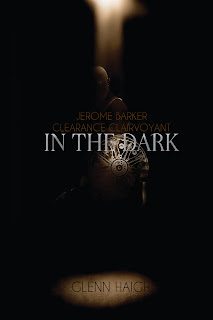 In The Dark: Volume 2

Book two: In The Dark Jerome Barker the Clearance Clairvoyant is back with two brand new cases, where both the dead and the living are dependent upon his intervention. The first case involves Lucy, a beautiful bride-to-be haunted by the ghost of a young woman that committed suicide on her own wedding night. Lucy knows she has come to warn her of impending danger. When she discovers that the ghost is that of Alisha, the dead wife of her fiancés best friend and soon to be best man at her own wedding to Josh, Lucy soon realises that her death wasn’t quite as straightforward as it seemed. Is Alisha’s history about to repeat itself for Lucy and will she live to tell the tale? The second case centres around three women whose pasts are inconceivably interwoven. Unbeknown to expectant mother Gabby she is intrinsically linked to both Kaitlin and Gayle, two grieving mothers. Ghosts who feel they must apologise for the tragedy they caused are haunting all three women. In an unlikely turn of events the three women find themselves having to bond and put aside their own emotions to save the ghosts that were once their flesh and blood. Will Kaitlin agree to forgive Gayle and her dead daughter, Helen, so that they can all be free of the horror that imprisons them once and for all? Jerome’s professional life is never easy and his personal life is often even harder. In Secrets and Lies Jerome found himself having to choose between his lover and his brother- who did he choose and was it the right decision? 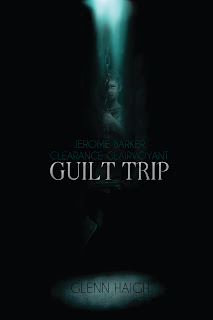 Book three: Guilt Trip It is two years since Matty flatlined and Jerome watched hopelessly as the love of his life walked towards the light, seemingly embracing it. In Guilt Trip we discover how Jerome has coped since, and where he is now in terms of his life, which could never be the same again. As well as having to deal with personal trouble and strife the dead are ever demanding of him and he finds himself embroiled in yet another chain of problematic cases. Selfless to the last Jerome does his best to help the living live in peace and the dead rest in peace. However, as always Jerome learns that this is much easier said than done. The customary tempestuous course to restoring order to inharmonious lives is made ever more difficult by Adam Field. This truly ghastly and sly journalist is intent on unleashing his mean and nasty streak on Jerome. He does everything in his power to destroy him. Adam relishes every moment of Jerome’s downfall when he drives him to the edge and pushes him over without a second thought, an ounce of compassion or any humanity. Will his evil ploy work, though? How will Jerome handle being publicly vilified in a hateful witch-hunt? If only this was the worse of it. Thanks to Adam, Jerome finds himself sectioned and at the lowest point he has ever been before. Whilst hospitalised Jerome begins a new friendship, and he quickly grasps that this is the storm after the calm. Will the realisation that there are some people, dead and alive, that he just can’t save damage Jerome beyond repair and change life, as he knows it forever? Running away to Lizzie seems his only option but is turning his back on everything he knows really the right decision? 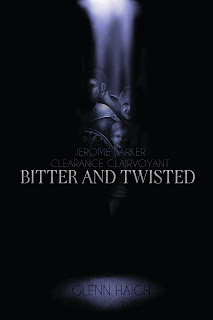 Book four: Bitter and Twisted Bitter and Twisted is the fourth instalment in the life of community figure and medium Jerome Barker. As ever dealing with the dead and putting them to rest proves itself to be a job definitely not suited to the faint at heart. The three cases he takes on this time round could be his toughest yet especially when the ghost from one of them seems to want to suck everything he has to give out of him. Adam Field is dead. He was murdered in circumstances identical to those Jerome described during his photograph reading evening, which fuelled Adam’s pursuit of exposing Jerome as a fraud. It’s no wonder then that the first person the police want to question in connection with the young journalist’s death is in actual fact him. Will they believe that he and Matty had nothing to do with it, though? And, why didn’t Adam crossover as soon as his soul left his body? One thing is for sure Matty and Jerome as a couple are stronger than ever but will their love for each other be enough to conquer everything else? This is especially tested by the fact that Jerome and Kyle’s Dad seems to be getting stronger and angrier, day-by-day.