~*RELEASE BLITZ*~ Ain't That A Kick by Katia Wildermann 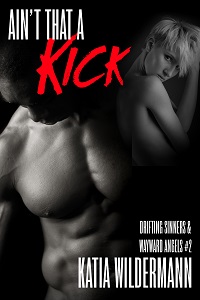 Title: Ain't That a Kick

Cash Jefferson is a costumed panhandler—or as he prefers, performance artist. He spends his evenings on the Las Vegas Strip singing and dancing for tourists. His life revolves around his art and getting laid, but he’s beginning to feel like something’s missing.
Shelby is a runaway, down but not quite out. She came to Vegas with a friend and a plan to hustle tourists out of enough money to survive, but her friend got arrested and she’s been muddling through on her own.
When Shelby meets Cash and his friends, Cash is drawn to her bravery and her beautiful soul. With a little help from her new friends, Shelby starts a sensual new chapter in the story of her life.
Ain’t That a Kick is an erotic love story between an artist and a runaway. Cash’s search for connection and raw beauty has led him to Sin City, the vibrant crux where life, art and sexuality meet. Looking for something more than mere survival, Shelby is ready to find happiness and healing in the cracks between the broken pieces of her life.

Other books in series: 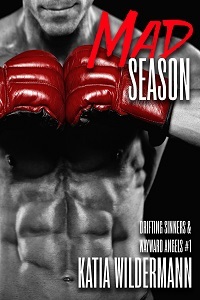 Being caught—literally—between her nerdy neighbor and the MMA fighter her agency managed wasn't as bad as Lyla might have expected. That is, if she'd ever expected to be in this situation.
Lyla Mason knows she'll have her hands full when her boss assigns her to babysit Callum Reed, MMA fighter and her PR agency's latest client. He is used to getting his way, and hotter than hell, both in the cage and in the bedroom, or on the floor, in the elevator.... Social media sites are rife with photos of him in compromising situations, and she's been tasked with cleaning up his image before he launches into the most important season of his career.
Game designer Adam Rhodes has been trying to figure out how to get in Lyla's pants ever since she moved in a year ago. His apartment shares a paper-thin wall with hers, and hearing her make use of her vibrator on a nearly nightly basis has his firm attention. Her rack and rockin' body is totally worth putting his PS4 controller down for. She'd totally freak out if she knew he'd hacked into her webcam so he could watch....
Callum Reed never expected to clean up his wicked ways, but his trainer insists he'll never get good sponsors if he keeps sexting to barfly hookups and having his junk turn up on the internet. He resisted the whole idea of letting a PR Agency dictate his "brand" until he catches sight of Lyla. She may hide behind her glasses and power suits, but she is a sex kitten just waiting to be set free.
When Lyla and her bosses decide Callum needs to lay low while they start the image makeover process, Cal rents the apartment across the hall from Lyla. Little did anyone know that a simple change of address would throw gasoline on a smoldering fire.

My name is Katia Wildermann. I'm not real. I'm the alter ego for an author who prefers to keep her smutty work separate from her sweeter work. I call what I write dirty-sweet, blunt erotica. Try it. I think you'll like it.
I've started a series of standalone novellas set in Las Vegas: Drifting Sinners & Wayward Angels. I gave it that title because Las Vegas is often referred to as Sin City, full of wicked lost souls. As far as I'm concerned, Wicked doesn't equal Evil. Many so-called sinners are people who are just out to have a good time. They live in the moment, for the moment. Their lives aren't perfect, but they're not trying to hurt anyone. They just want to feel good.
They are choosing to laugh with the sinners rather than cry with the saints. Who am I to say that's wrong?

Hosted by This Girl Loves Books