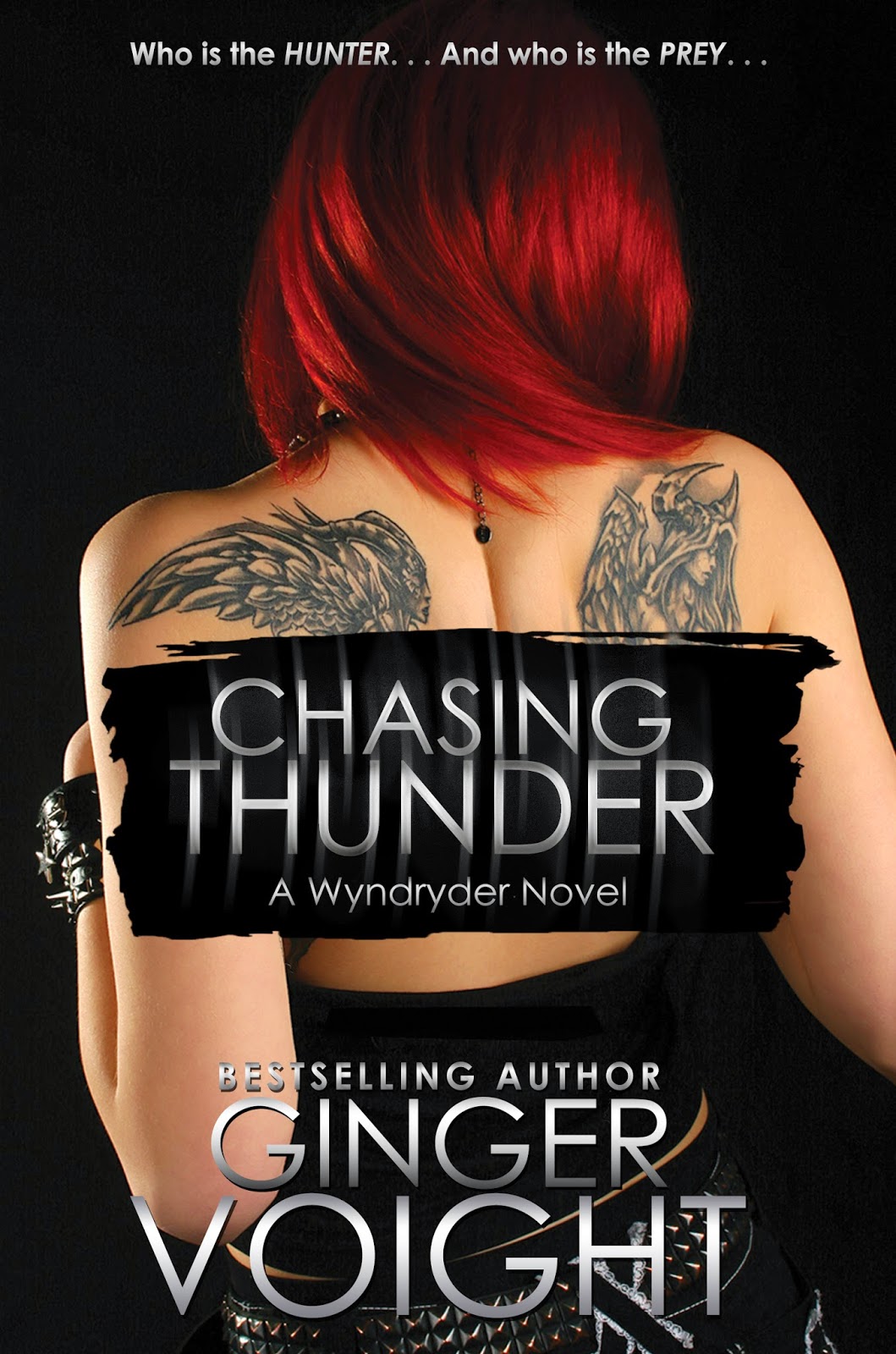 What is the true name of evil?

The Zodiac Killer, the Hillside Strangler, the Night Stalker, and the Green River Killer all left their mark on California . . . and now the city of angels is under siege.

When fiery, redheaded biker MJ Bennett witnessed her beloved grandfather gunned down on her sixteenth birthday, she made herself two promises. She would continue his quest to save teenagers lost to the dark side of Hollywood—the side tourists never see—and she would never let herself get that close to anyone ever again.

MJ begins to connect the dots between Haley and a dangerous crime lord who hides his savage sex trafficking enterprise behind legitimate businesses. But the clock is ticking, and the Hard Candy Killer is closing in on the target he wants most, MJ, whose family secrets have her marked for destruction, turning the hunter into the hunted. 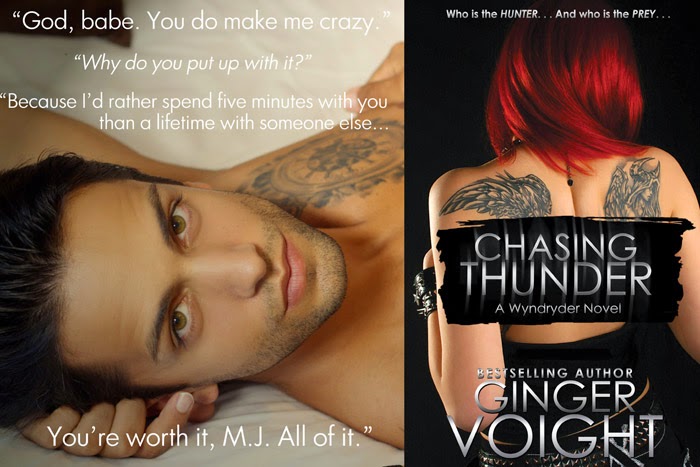 "Gotta admit. You look like a woman about to go into battle.”
She chuckled humorlessly as she delivered another punch. “I’ve never been out.”
He faced her for a long moment. She threw another punch, and he grabbed her wrist almost effortlessly. Without another word, he led her toward the mat.
“What are you doing?”
He glanced down at her with those piercing blue eyes. “Giving you practice with something that fights back.”
He walked to the middle of the mat and turned to her. She hesitated briefly before she joined him. He’d be a lot more fun to beat up than some old punching bag.
They squared off against each other, and she took the lead by throwing the first punch. She went for the nose again, but this time he was prepared. With catlike reflexes, he caught her wrist in his palm, intercepting her jab. She had stepped forward with her attack, so he stepped in with his left leg and let her momentum carry her over his knee and right to the floor.
She glared at him as she sprang up. He smirked and motioned for her to come at him, like they were in some ’70s kung fu movie. It pissed her off even more. She responded with a flurry of punches and kicks. He bobbed and wove around her flying fists and groin-seeking knee. She got angrier with every blocked jab or kick. Finally she aimed her elbow toward his face. He advanced, locking her neck in an arm hold. He kicked her feet out from under her and easily tossed her onto her back. He followed her down before she could hop back up again. His eyes were intense as he glared down at her. “Get rid of your anger, M.J.,” he commanded in a low voice. “Focus.”
He hopped up. She glowered at him, and he offered her a hand. She used this trusting move against him, pulling him back down, locking his arm between her legs as she pulled him into an arm bar, twisting her body until he was forced to tap out and avoid injury. She unraveled her body and they both stood. She faked a right jab toward his nose, like before, but as he prepared for that move, she used her foot to deliver a blow to his stomach, which doubled him over. She grabbed him as she rolled backward onto the floor, kicking his body weight over her. He recovered and tackled her before she could stand upright, knocking her to the mat.
He pinned her with both palms against her shoulders. Their eyes met and locked, feeling each other out, constantly assessing and reevaluating. His eyes glittered as they swept across her face, taking in the full lips that parted softly with each pant of exertion.
Her eyes widened as she realized how every inch of his strong body covered hers. He smirked again and dragged himself into a standing position. She watched him warily from where she lay. Eventually he offered a hand to help her up. She considered it for a long moment before she put her hand in his and allowed him to help her stand.
They stood face-to-face for a long, quiet moment. Finally she slipped past him without saying a word, stalking toward the showers.
He stared after her for a long while with an absent smile on his face. 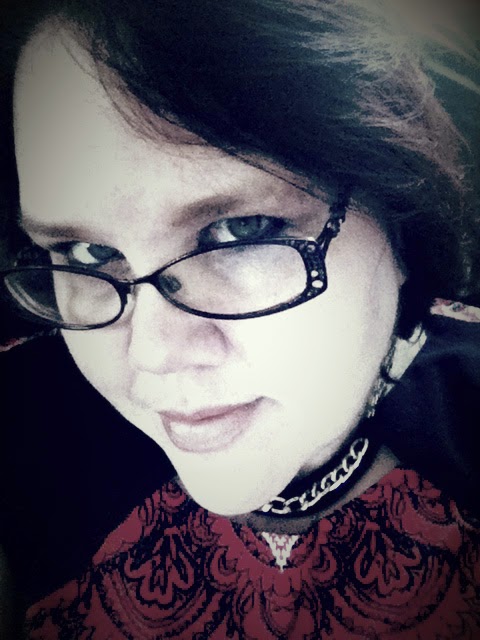 Ginger Voight is a screenwriter and bestselling author with over twenty published titles in fiction and nonfiction. She covers everything from travel to politics in nonfiction, as well as romance, paranormal, and dark, “ripped from the headlines” topics like Dirty Little Secrets.

Ginger discovered her love for writing in sixth grade, courtesy of a Halloween assignment. From then on, writing became a place of solace, reflection, and security. This was never more true than when she found herself homeless in L.A. at the age of nineteen. There, she wrote her first novel, Chasing Thunder, longhand on notebook paper, while living out of her car. Fittingly, this book will be the first released through a traditional publisher in 2015.

In 1995, after she lost her nine-day-old son, she worked through her grief by writing the story that would eventually become The Fullerton Family Saga.

In 2011, she embarked on a new journey—to publish romance novels starring heroines who look more like the average American woman. These "Rubenesque" romances have developed a following thanks to her bestselling Groupie series. Other titles, such as the highly-rated New Adult series, Fierce, tap into the "reality-TV" preoccupation in American entertainment, which gives her contemporary stories a current, pop culture edge.

Known for writing gut-twisting angst, Ginger isn’t afraid to push the envelope with characters who are perfectly imperfect. Whether rich, poor, sweet, selfish, gay, straight, plus-size or svelte, her characters are beautifully flawed and three-dimensional. They populate her lavish fictional landscapes and teach us more about the real world in which we live simply through their interactions with each other. Ginger’s goal with every book is to give the reader a little bit more than they were expecting, told through stories they'll never forget.