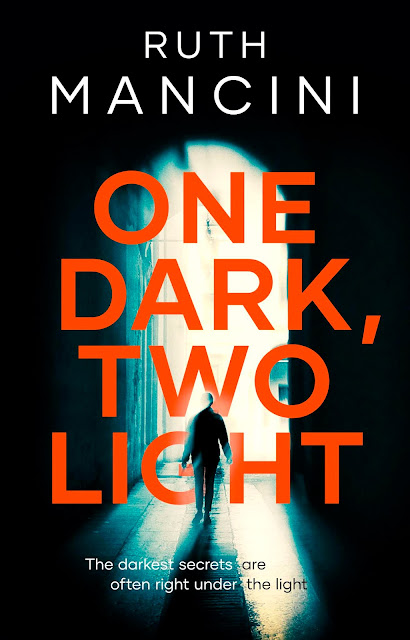 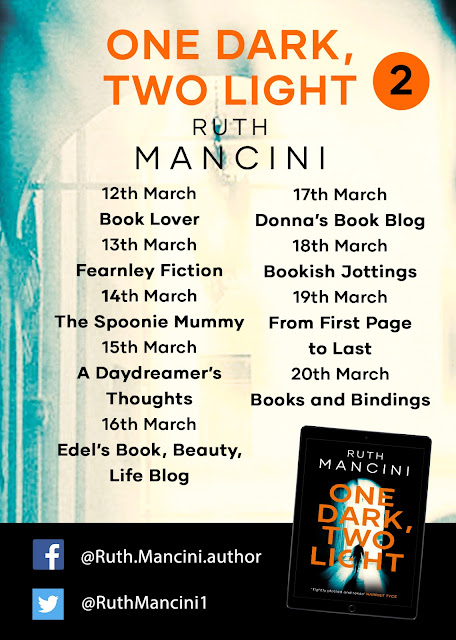 Blurb ↓
New Year's Eve, London.
Outside the Hope & Glory pub, a man has been left to die. A victim of extraordinary violence, he will never walk or speak again. He remains in hospital for months, until criminal defence lawyer Sarah Kellerman walks onto his ward.
Sarah barely recognises the man she once worked with – he was honourable and kind – what was he involved in? Who wanted him dead? But in her race to uncover the truth, Sarah comes to realise there are two men in her life that she never really knew at all...
From one of crime fiction's most compelling voices, One Dark, Two Light is where the personal and criminal collide, as Sarah works to bring dark secrets into the light.
EXTRACT ↓
Dusk has set by the time I exit the Tube station at Westminster and cross the road towards the bridge. In front of me, the Houses of Parliament are lit up brightly, their ornate walls and turrets encased in an orange glow. In contrast, just one wing of the building on the south-west side is in darkness, casting a black shadow across the silvery blue waters of the Thames. I pause on the bridge for a moment as my phone retrieves its GPS signal. Up above me, Big Ben’s luminous clockface tells me that it’s a quarter past eight. Visiting hours run until ten; I still have plenty of time. But if only I’d known, I berate myself. If only I’d gone to Will’s flat or called his chambers… or rung around the hospitals. If I’d done that, I could have come sooner. How could I have not known? How could I have just carried on with my life and not even sensed that something was seriously wrong?
I tap the hospital address into Google Maps and then follow the directions up the street and into Parliament Square. As I pass the entrance to the Commons, I wonder, yet again, what kind of a state I’m going to find him in. All they’ve told me is that he’s been in an accident and that he’s in a ‘serious but stable condition’ – but what does that mean, exactly? What kind of an accident was it? A road traffic accident? Or something else? Will he live? And even if he does, might he have… I think about the police reports I’ve read so many times: ‘The injuries are life-changing.’ Might Will have life-changing injuries? Selfishly, and feeling ashamed as I think it, I can’t help but wonder… what is this going to mean for me? For us? For me and him?
As I cross the road opposite the abbey, my phone bleeps, then rings. It’s Andy. I pull it out of my pocket and answer the call, simultaneously sidestepping a black cab, whose driver seems intent on mowing down anyone in his path now that the traffic lights have turned to green.
‘Andy?’ My voice is tight and breathless. ‘Is everything OK?’
‘Yeah, it’s fine. But he’s, erm… he’s done a… there’s a bit of a mess. It’s all over his trousers. And his T-shirt. Are there any more wipes anywhere?’
‘Yes, in the hall cupboard. And there’s a bucket under the sink. Just give his clothes a rinse through and leave them to soak.’
‘They’re in the garden. I put them out the back door. Sorry. The smell.’
I sigh. ‘OK. Is he in his PJs now? Did you give him his meds? Like I told you?’
‘No, I’m going to do that now.’
I think about the time. Ben should have had his meds. He should be in bed, asleep by now. He’s going to be really tired tomorrow. ‘Make sure you do,’ I say. ‘Please don’t forget. It’s five mils. You just use the syringe, like I showed you.’
‘I remember, don’t worry. He’ll be right. It’s not that long since I last gave it to him.’
‘It’s nearly two years, Andy.’
‘Really? Is it? It doesn’t feel that long.’
I think: not for you, maybe. ‘And then he needs to go to bed,’ I tell him. ‘This is very late for him.’
‘OK.’
‘And just while I remember… don’t leave anything lying around, like money.’
‘Money?’
‘Coins. I mean coins. Or peanuts.’
‘Huh? Peanuts? I don’t have any peanuts.’
‘All right… jewellery, then.’
‘Jewellery? Since when have I worn jewellery?’
‘I don’t know, do I?’ I let out a wail of exasperation. ‘What do I know about you these days, Andy? I’m just talking about anything small that he could put in his mouth, and then choke on. That’s what I mean!’
‘Oh, right. Got it. Yeah, don’t worry. I’ll take good care of him. We’ll be fine.’
‘OK. Sorry. I’m just… worried.’
‘Well, don’t worry about us,’ he reassures me. ‘And your… your fella. I’m sure he’ll be OK.’
‘Thanks. I’m nearly there now. I’d better go.’
As I end the call and turn off Millbank towards St John’s Gardens, I spot the red brick of the hospital and the entrance up ahead where the ambulances are parked. The back of one of the ambulances is open and a small group of paramedics are standing nearby, their green uniforms and hi-vis jackets causing the hairs on the back of my neck to rise. Danger. That’s what those uniforms, those ambulances say. In my mind’s eye, I immediately see images of Will on a stretcher, Will in the back of that ambulance, Will bleeding heavily, struggling to breathe or writhing in pain.
The Critical Care Unit is on the third floor. I run up the staircase rather than waiting for the lift. I announce myself through an intercom and, a moment later, I’m buzzed in. I give Will’s name at the nurses’ station and am shown to a sink where I’m asked to put on a plastic apron and wash my hands.
Author Bio ↓ 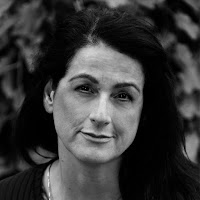 Ruth Mancini is a criminal defence lawyer, author and freelance writer. She lives in Oxfordshire with her husband and two children.
Author Links ↓
Twitter: @RuthMancini1