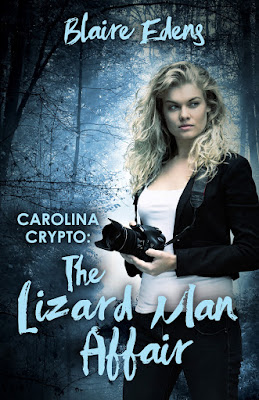 Anthropologist Lucy Whittemore is on a quest to track down a killer. When Spencer Watson hires her to solve the mystery of his dad’s disappearance, she’s pretty sure the mythical Lizard Man isn’t the culprit. But the truth is usually stranger than fiction. Tracking the beast through a steamy South Carolina swamp, the two find themselves up close and personal with a reality far scarier than they ever imagined. Tracking down a creature of legend might be the easy part. . . especially when you throw the possibility of love into the mix. 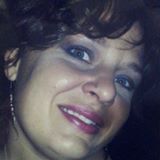 Blaire Edens lives in mountains of North Carolina. She grew up on a farm that’s been in her family since 1790. Of Scottish descent, her most famous ancestor, John Comyn, Lord of Badenoch and Guardian of Scotland, was murdered by Robert the Bruce on the altar of the Greyfriars Church at Dumfries.

She has a degree in Horticulture from Clemson University. She’s held a myriad of jobs including television reporter, GPS map creator, and personal assistant to a fellow who was rich enough to pay someone to pick up the dry cleaning. When she’s not plotting, she’s busy knitting, running, or listening to the Blues.

Blaire loves iced tea with mint, hand-stitched quilts, and yarn stores. She refuses to eat anything that mixes chocolate and peanut butter or apple and cinnamon. She’s generally nice to her mother, tries to remember not to smack her bubble gum, and only speeds when no one’s looking.

She's the past president of South Carolina Writers Workshop and an active member of Romance Writers of America.