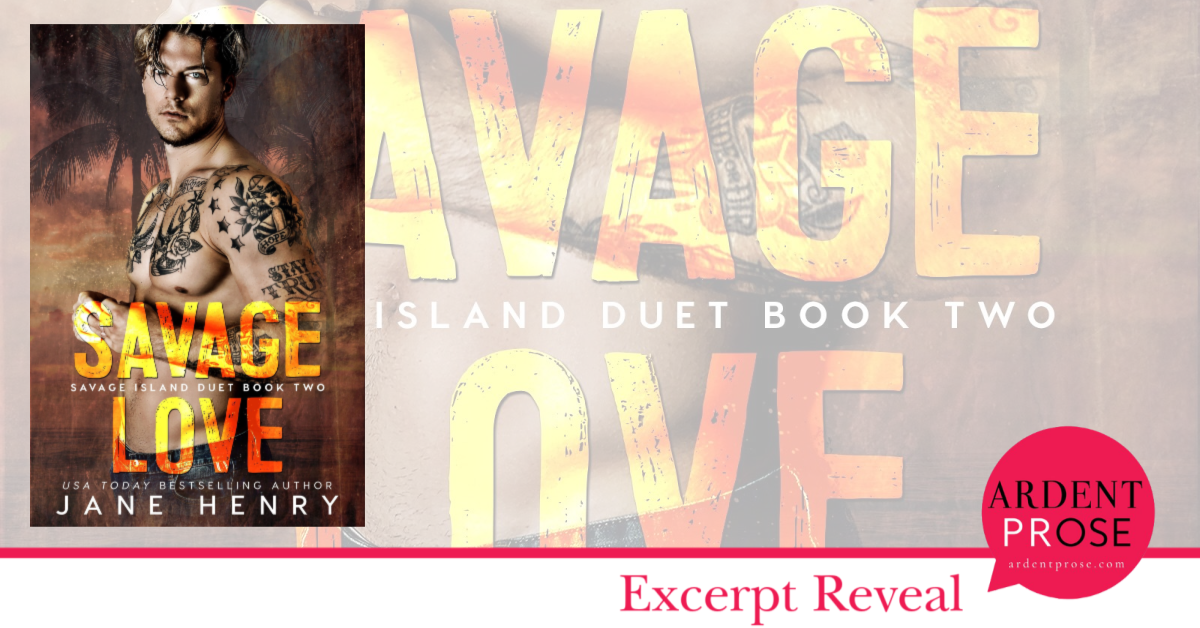 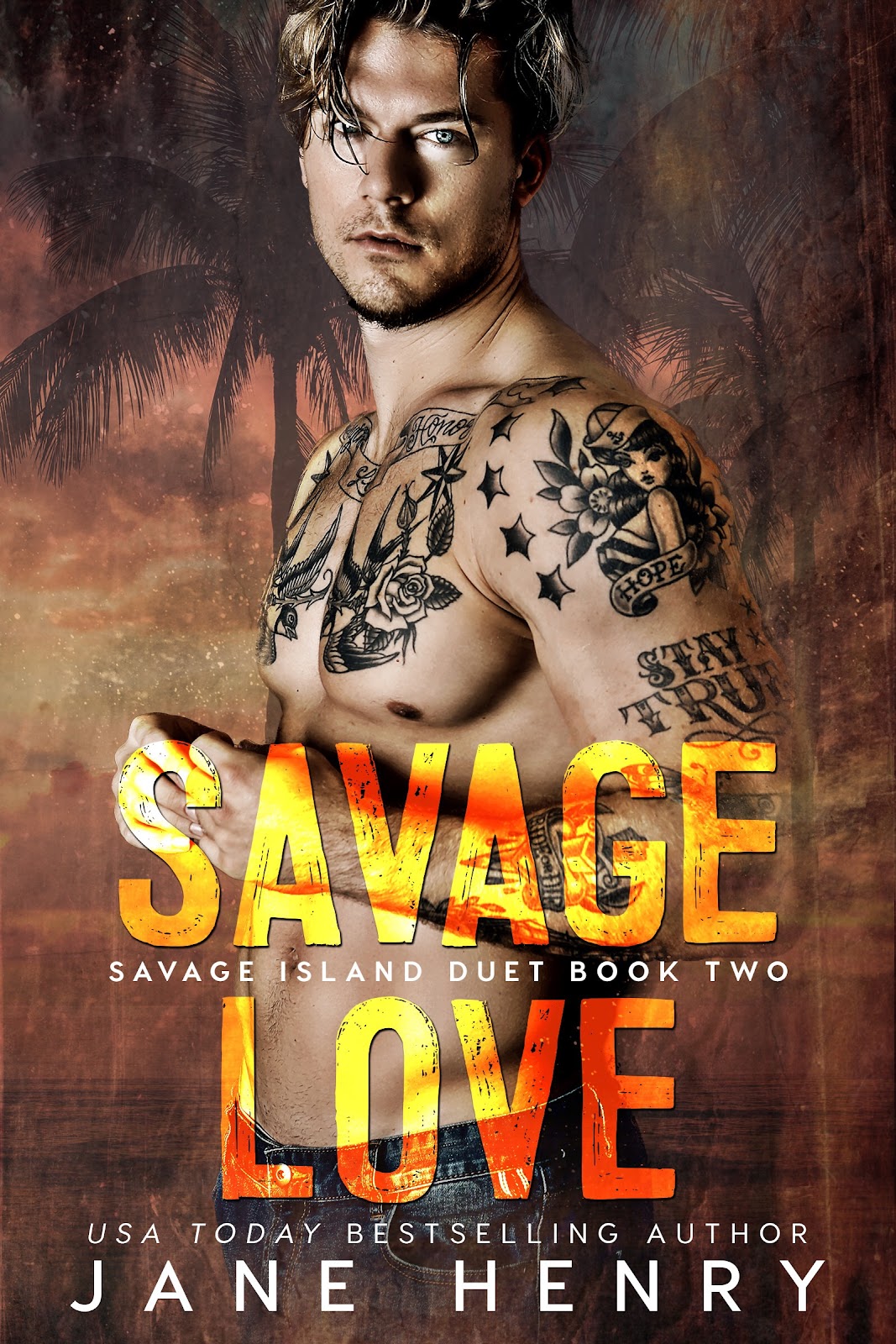 The island took everything from me.

It won’t take her.

They created a monster.

They’re about to see exactly what that means.

Because Harper Lake is mine.

Savage Love is the conclusion of The Savage Island duet, and must be read after Savage Dom. Please note, this book contains kinky, sexual scenes, and elements of violence. If such elements offend you, please do not read.

I need to get off this island, I argue with myself. But then the thought of... of whatever we have here no longer being as precious as it is now, somehow being tainted by others... it kills me.

I fall asleep with the certain knowledge that I will not let Cy move away from me. Not now. Not if we get off this island.

I have a weird, troubling dream, about my brother Daniel. He’s on the island with me, eager to go swim- ming, younger even than when I left him as if somehow time’s reversed while I’ve been away.

“You can’t swim out there, Daniel,” I tell him. “There are sharks.”

But he doesn’t listen. I scream for him not to go, but he goes anyway. Panic sweeps through me. Flailing, I wake to the sound of my own screams, my heart pounding so hard I feel nauseous.

“Harper?” It’s pitch black in here, but I can feel Cy sitting up beside me. I blink, as my current state of reality comes flooding back in.

I breathe in deeply. It was a dream. Just a dream.

I shake my head, even though he can’t see me. “Just a bad dream,” I tell him. I’m glad for the darkness, so he can’t see me wipe away my tears. I miss my baby brother so much my heart aches sometimes.

He pulls me close to his chest, tucking me against him as he spoons me from behind.

I close my eyes, willing myself to accept this from him, his reminder and assurance. He needs this as much as I do, someone to protect.

But am I alright? What if I’m not? How would I even know anymore? What if the two of us have gone insane and neither of us even realizes it? What if insanity’s become our new norm?

And as I close my eyes, I hear it. Thunder cracking and rain falling against our shelter in torrents. I sigh. It’s pouring out. Another storm.

I finally fall asleep, but when I wake the next day, it’s raining even harder than before. Cy is already up, securing our shelter against the rain. I lay back, still half asleep, the memory of last night’s dreams slipping away as I watch him. He’s always bare-chested, his jeans so faded they’re little more than tatters. I helped him cut them off into shorts long ago, and as he leans up high, checking the roof, his muscles pull taut.

He chuckles low and sexy, and I smile to myself. I’m so certain we’re getting off this island, I already miss this. The banter, the teasing, the way he is with me.

But why can’t we still have this? Why wouldn’t we stay together?

I open one eye and he’s grinning at me, his eyes twin- kling like little bits of sapphire.

How could we not?

He looks around at himself as if he’s standing in front of a mirror. “I’m too sexy for my shirt,” he quips in a singsong voice. “So sexy it hurts.”

“Oh, God, you’re seriously dating yourself now. How long have you been on this island?”

He smiles sadly. “No fucking idea.”

He continues checking the ceiling, and I sober.

“Cy?” I whisper, my throat clogging a bit. But I push through.

“Yeah, baby?” he says softly, as if he knows this is important.

“Say that again, honey,” Cy says, looking at me curiously.

I clear my throat and muster the courage. “Promise me this won’t go away,” I say, firmer this time. Louder. “Me. Us. This. No matter what, promise me, Cy.”

He stalks over to me and drops to one knee, taking me by the hand, and for one heart-stopping moment I think he’s going do something crazy, like... propose. But instead he only holds my hand and looks straight into my eyes.

“Harper Lake, you have my word,” he says. “No matter what happens, we’re in this together. It won’t change. Not us. Nothing between us.” 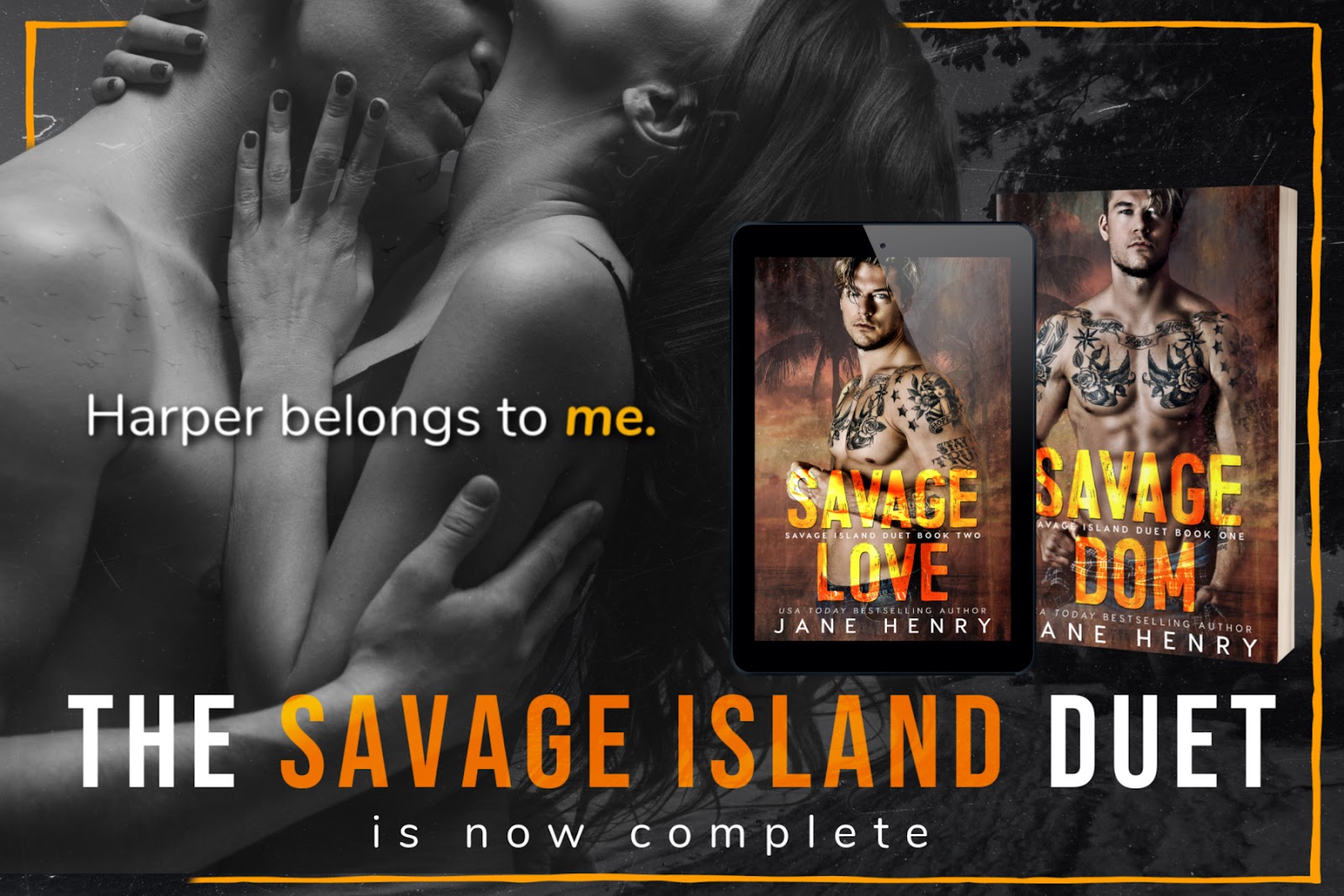 USA Today bestselling author Jane Henry pens stern but loving alpha heroes, feisty heroines, and emotion-driven happily-ever-afters. She writes what she loves to read: kink with a tender touch. Jane is a hopeless romantic who lives on the East Coast with a houseful of children and her very own Prince Charming.

Connect with Jane at http://janehenryromance.com