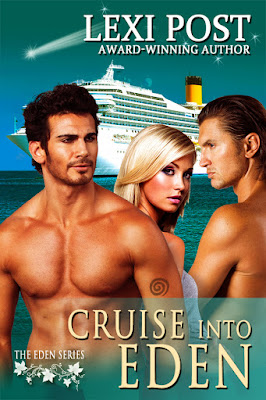 Nassic Wild and Wareson Night hail from the planet Eden, where women are scarce, and their mission is simple—meet the woman they’ve been waiting for for the last eleven years, bond with her and take her home. At first all goes according to plan as they pleasure her with their bodies and their special abilities. But when their best intentions lead to the worst results they lose her, along with their hearts.

Now they must find a way to woo her back or return to Eden with no hope for the future.

She glanced at Ware, who now sat on the lounge chair next to her rubbing lotion on his bulging biceps. Above those massive muscles on his right shoulder was what looked like natural beauty marks, but they were in an odd shape, two dots in a row above three dots in a row. Despite the fact the man was as dark as someone from Greece, they stood out clearly. How odd.
She stared as Ware protected his skin, all of his skin. The man had no tan lines. He was a bit bigger than Nase, and broader, but not by much. He still hadn’t said anything, and she suddenly wanted to hear his voice. “Have you taken a nude cruise before?”
He stilled mid-rub and looked at her. His gaze was intense and now that he was next to her, she could see his eyes were a forest green. Absolutely breathtaking, though it could have been her anticipation of his voice that had her holding her breath.
“No. This is our first one.”
The deepness of his tone wrapped around her like a cocoon that she never wanted to leave. His accent was heavier, but from where? The tension she felt around Nase disappeared with Ware, which left her clearheaded enough to remember the two men were a couple and she had no right to ogle them. “This is my first one, too. Though I’m not sure I will ever get into the ‘nude’ part.” She forced herself to stop staring at Ware’s perfect male body. She closed her eyes and lay back on her lounge.
“Why?”
The dark, sensuous voice slid over her skin again, and she could feel him looking at her. No, not looking, exploring her with his sight. She opened her eyes and watched him. Every place he viewed suddenly became sensitized, as if he had lightly run his fingers along her body. She swore she could feel his gaze as it traveled across her stomach, up her ribs, over her breasts, along her neck, and through her hair until she found his eyes riveted on hers. “Why?”
“Yes. Why would you not allow your body to enjoy the sun fully?”
She pushed her hair behind her ear. “I… I—It’s hard to explain.”
He cocked his head and stared intently at her.
Obviously her answer had not satisfied him. “I’m guessing you are not American. In my country, we wear clothes all the time. It’s what we’re used to. I know there are a few countries that are more open about nakedness, but I’m not from those.”
“I believe many of the people on this ship are from America.”
Erin was too focused on the extra emphasis he left on the final letter “a” in “America” to at first grasp his point. When she did, she flushed. “True, but I never knew they existed. This is all very new to me. I just learned last night why there are piles of towels in the main areas of the boat. I guess everyone is supposed to use them to sit on if they are nude. I’m sure I’ll learn a lot more about this by the end of the week.”
As if her answer had pleased him, he went back to rubbing lotion on his dark body. She couldn’t help but watch as he finished covering his hard stomach, but as his hand dipped between his legs, she closed her eyes tight. 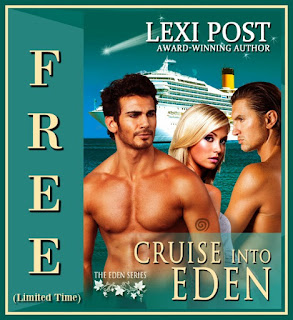 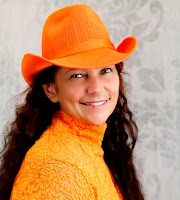 Lexi Post is a New York Times and USA Today best-selling author of romance inspired by the classics. She spent years in higher education taking and teaching courses about the classical literature she loved. From Edgar Allan Poe's short story “The Masque of the Red Death” to Tolstoy’s War and Peace, she's read, studied, and taught wonderful classics.

But Lexi's first love is romance novels so she married her two first loves, romance and the classics. From hot paranormals to sizzling cowboys to hunks from out of this world, Lexi provides a sensuous experience with a “whole lotta story.”

Lexi is living her own happily ever after with her husband and her cat in Florida. She makes her own ice cream every weekend, loves bright colors, and you will never see her without a hat.